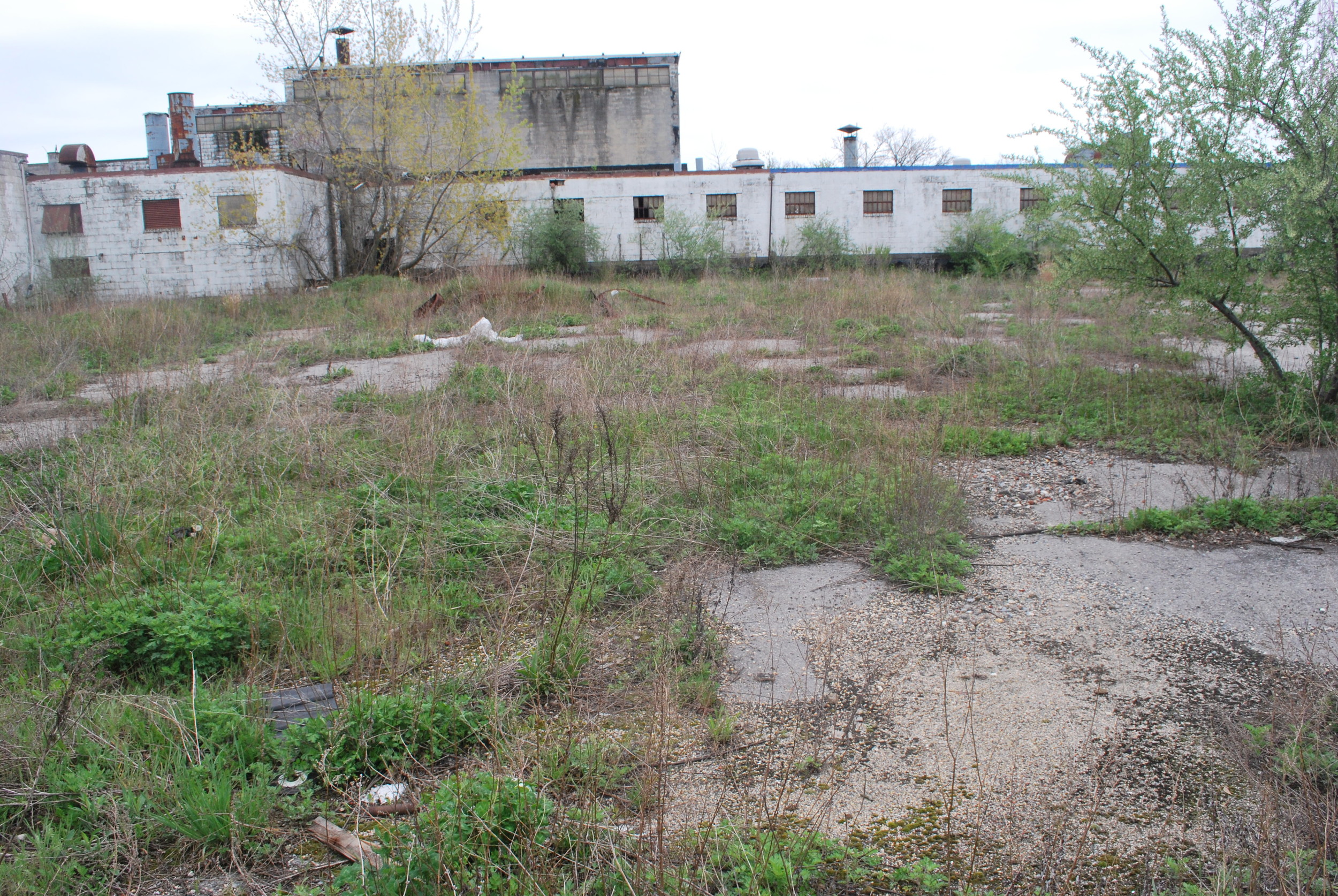 Nassau County will borrow $2.1 million to tear down the blighted building at 175 Roger Ave. in Inwood.
Jeffrey Bessen/Herald

We are looking for someone who cares and respects the community.”
Pete Sobol, Inwood resident
By Jeff Bessen

For roughly 28 years, the property at 175 Roger Ave. in Inwood has been abandoned. Over that time the former site of Rockaway Metal Products Inc. not only became an eyesore, but it was a haven for trouble, including being a hang out for drug use, the cause of flooding for nearby homes when the building’s pipes burst and it was declared a Superfund site as hazardous materials were found on the parcel.

“A few years ago, I know there was homeless building living in the building,” said Rosemarie Dorn, the most past president of the Inwood Civic Association, who also lives a block away from the parcel. “Mattresses and garbage was stacked in the building.” Rockaway Metals manufactured steel partitions for offices, and metal boxes similar in size to safe deposit boxes, she added.

Pushed by Dorn and several other Inwood residents, the Nassau County Legislature took action on April 24, and approved the borrowing of $2.1 million to demolish the building. “That sounds like a high figure but I did the due diligence in making sure that it’s done wisely, and apparently there is an environmental issue with toxins,” said County Legislator Carrié Solages (D-Elmont).

The county inherited the property 22 years ago, according to Mary Studdert, the spokesman for Nassau’s Department of Public Works. “This property was acquired in 1995 by a prior administration by virtue of a tax deed,” Studdert said. “As the owner of this property, the county would like to sell the site to a business that is consistent with zoning and generates jobs. We do not yet have a timeframe of when the county will be knocking down the building.”

After several years of legal wrangling involving the federal and state government and the three men who leased the property, chemical waste, contaminated equipment and four underground storage tanks and one above ground tanker truck were removed in 1995.

In the immediate area of the vacant property on Roger Avenue there is SONY Entertainment Studio, Expeditors International, a global logistics company; and a Town of Hempstead recycling facility. Nearby there are several other industrial-type businesses.

“We are looking for someone who cares and respects the community,” said Pete Sobol, a longtime Inwood resident, in response to what community members would want for the property. Patty Vacchio, another longtime resident, said that the community “would most be in favor of residential housing.” Truck traffic is problem, she added.

Solages said he would like to meet with residents to discuss what could be placed there. “There is a lot of potential, but it would have to be beneficial for the community,” he said.

State Sen. Todd Kaminsky (D-Long Beach) said he applauds the county for approving the money needed to demolish the building, which he called “a vital step toward redevelopment.” When he was an assemblyman he helped create a registry that is run through the county’s Department of Assessment for residents to report blighted properties.

“Abandoned buildings are plaguing our neighborhoods and driving down property values,” Kaminsky said. “They are also eyesores and dangerous to residents.”
The registry’s website can be accessed by going to http://bit.ly/1CAPvmw.