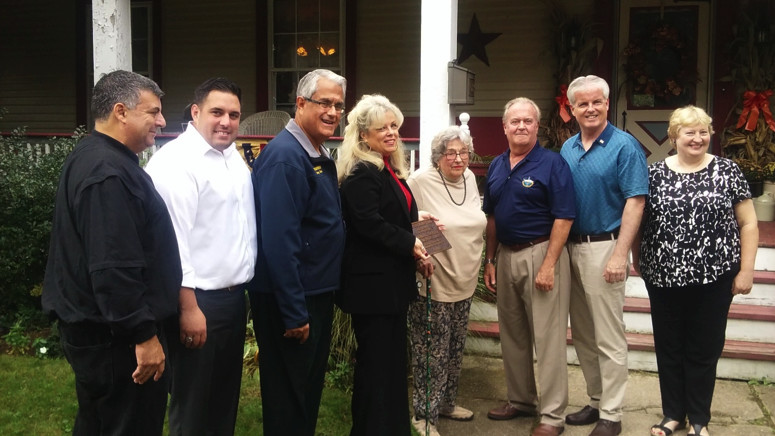 The Denton Homestead, currently located on Denton Avenue in East Rockaway, has been a pillar of the community since it was first built in 1795 as a tavern for seafarers. Now, the Town of Hempstead is considering awarding it with town landmark status.

This status would ensure that the homestead is preserved in its current form. “No changes can be made, and I think that really protects the history of the homestead,” said Hempstead Town Councilman Anthony D’Esposito.

The homestead has already been recognized as a historic place on a national level. In 2014, Gov. Andrew Cuomo added the house to the New York State Registry of Historic Places, which automatically added the homestead to the National Register of Historic Places as well. As part of the register, the house is eligible for state and federal grants and tax credits. It did not ensure, however, that the homestead would be preserved, as a town designation would.

The house still retains some of its original features, such as the doors, mantelpieces and hardware that were fashioned by local 18th and 19th century blacksmiths. Ellen Morrison, the current owner of the homestead, presented this historical evidence to the New York State Office of Parks, Recreation and Historic Preservation so that Gov. Cuomo could add the homestead to the New York state register.

According to Madeline Pearson, the executive director of the Historical Society of East Rockaway and Lynbrook, Morrison was having trouble keeping up the maintenance of the house and wanted to protect it from being knocked down.

“I grew up in East Rockaway, and I wanted to preserve the history of this town, along with its antiquity and charm,” Morrison told the Herald in 2014.