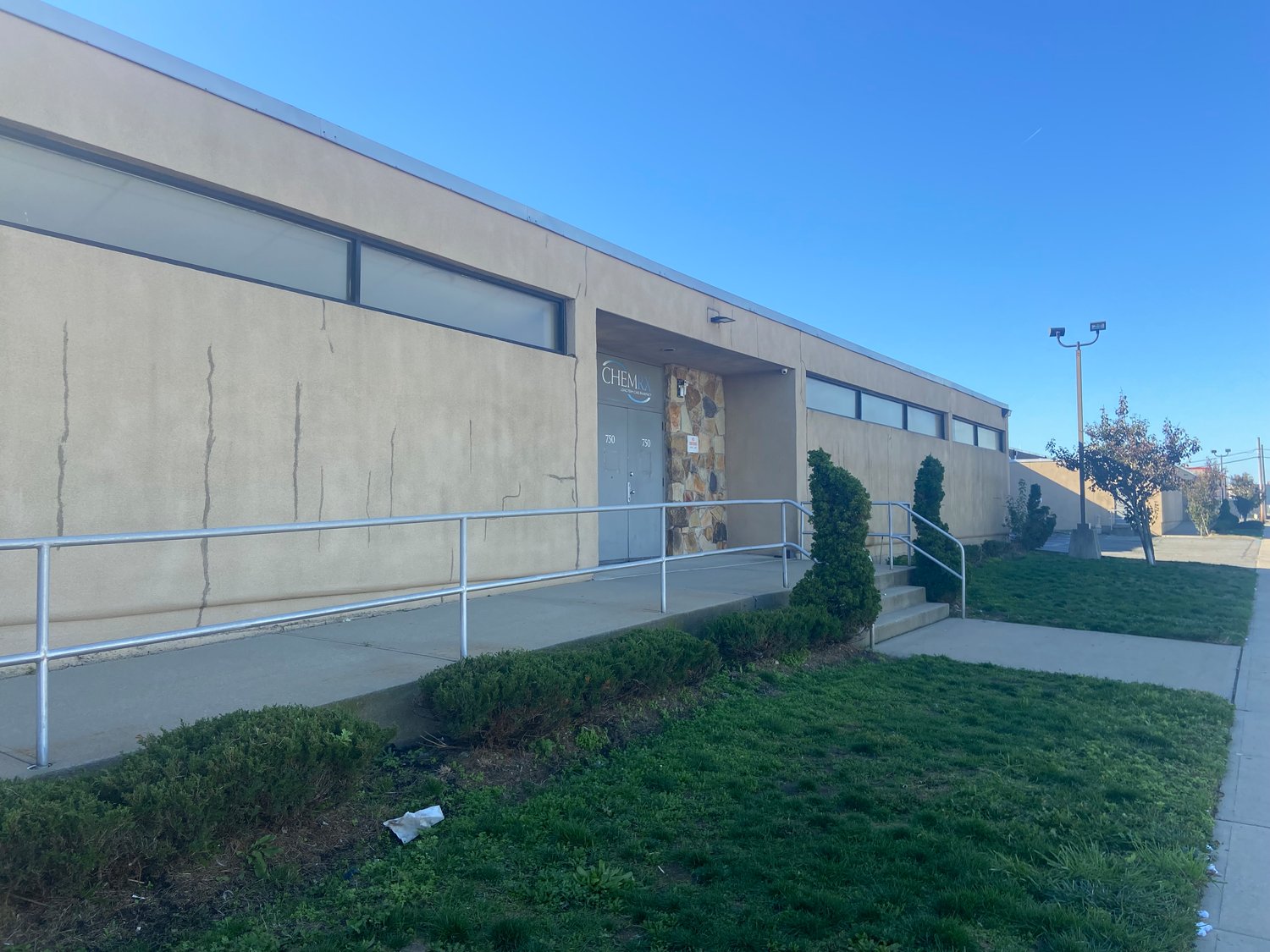 This now vacant building on Park Place, in the North Park section of Long Beach, once housed a pharmaceutical warehouse.
Brendan Carpenter/Herald
By James Bernstein

A Great Neck-based developer is seeking tax abatements from Nassau County economic development officials so it will be able to restore an empty former warehouse in Long Beach’s North Park section, but some residents are already voicing concern about increased traffic in the area and whether the project would bring new jobs.

Additionally, Richard Kessel, chairman of Nassau County’s Industrial Development Agency, which will decide on the tax breaks, said late last week that Long Beach officials and community members must be in accord with the project before the agency will put its stamp on the plan.

Dan Deegan, the attorney for the developer, Silverrock Development LLC, said that an introductory meeting took place on Tuesday with Long Beach city officials to discuss the project.

On Wednesday, John McNally, a spokesman for the city, said, “We aired our concerns” about traffic and other issues related to the project. “We told them to keep us posted as they went along.”

The IDA is an agency charged with drawing businesses to Nassau County to promote tax revenue and economic prosperity. Its board of directors has the authority to use tax breaks and payments in lieu of taxes in order to entice businesses to come to the county.

The IDA has drawn criticism from some Nassau residents, who have said the agency should not offer tax breaks to large developers, such as the $25 million, 25-year tax abatement it gave two years ago to Garden City-based Engel Burman, which is developing the Superblock in Long Beach. The project is expected to bring hundreds of condominiums and rental units to what was once six acres of empty lots just off the oceanfront.

The IDA argues that the tax breaks encourage developers, which ultimately brings increased tax revenue and jobs to county municipalities.

Silverrock, which has not yet purchased the 75,000-square-foot building at 750 Park Place, in the largely Black and low-income North Park section, hopes to refurbish and renovate the 30-year-old facility and continue its use as a “warehouse/logistical operation site,” according to papers filed with the IDA. The papers describe the facility as having “easy access to JFK Airport.”

The building is in an area that is zoned for industrial use.

The building had been occupied by Chem-Ex, which used it as a warehouse for pharmaceutical products. Chem-Ex moved to Uniondale a few years ago, and since then the building has been vacant.

In its filings, Silverrock said it had not yet identified a tenant for the building. The developer said the project would not be “economically viable without financial assistance.”

If the project does not go forward, Silverrock stated, “The site, currently configured for Pharmaceutical Logistics, would remain underutilized for the foreseeable future, negatively impacting the economic development of Long Beach.”

The IDA held a hearing two weeks ago on the project, but made no decision on it. Last week, Kessel made clear that the approval of both the city and the North Park community were essential if the project is to move forward.

“Our policy has always been that we do not approve projects the local community does not want,” Kessel said. “The developer has to go back to the local municipality.” He acknowledged that he was aware of local concerns about potential excessive truck traffic in the immediate area.

The Long Beach City Council, Kessel said, need not officially approve the project, but, he added, he wanted to get a sense of which members would be in favor of it.

James Hodge, a North Park community leader and the former board chairman of the Martin Luther King Center, said he was concerned about trucks, traffic, and whether the project would bring jobs. “It’s not just the city” the developers must meet with, Hodge said. “It’s also the community.”

Hodge and others expressed concern the trucks would run through a number of North Park streets.

Deegan said he was anxious to meet with city officials and community members. “The building is vacant now,” he said. “It’s ugly,” and needs renovation. He maintained that the use of delivery trucks would be limited, and said, “We want to see jobs come back” to the community.

Silverrock stated in its filings that if the project receives the tax abatements, renovation would begin in March, and would probably take 18 to 24 months. First use of the updated building would be expected at the beginning of 2025.