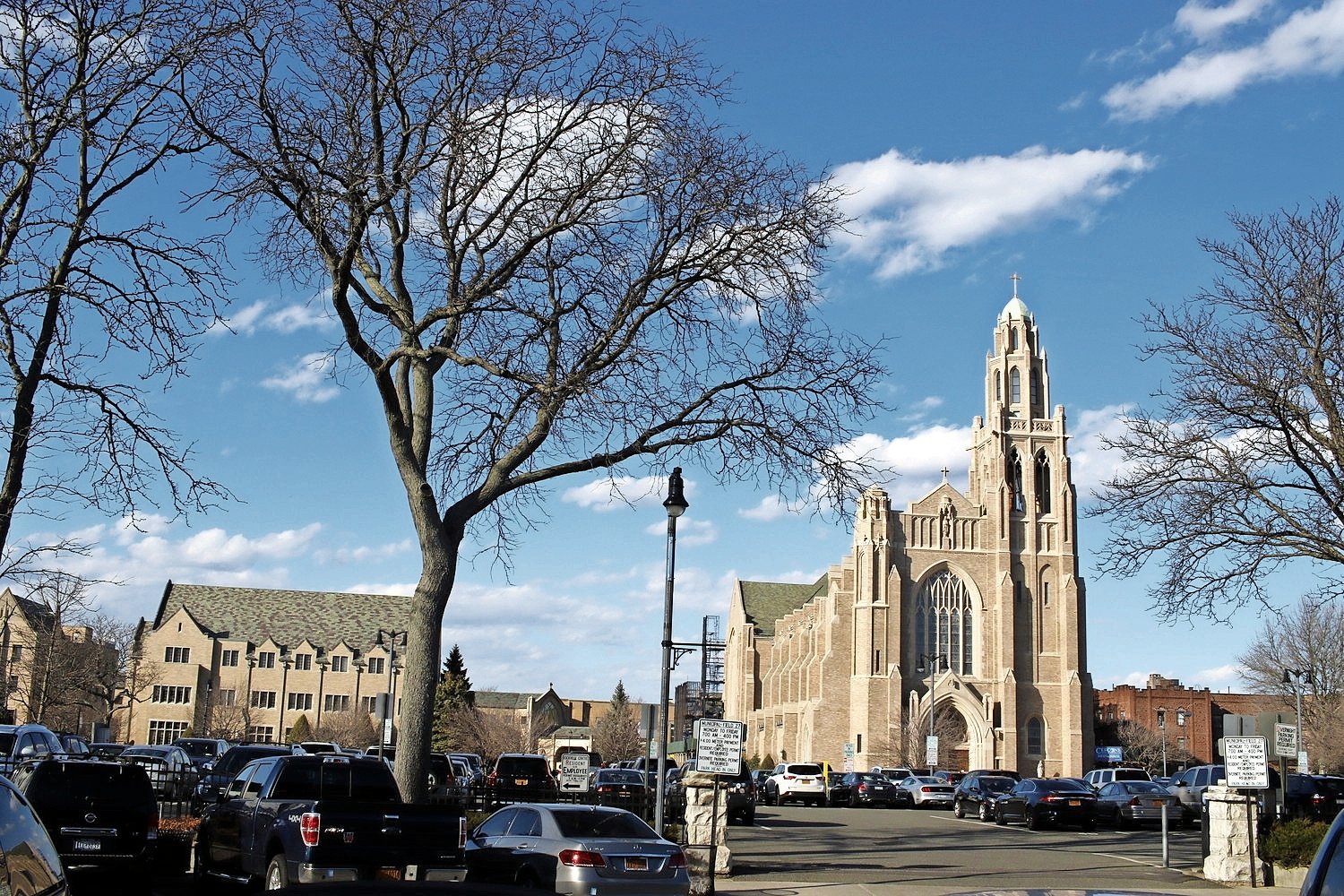 New York’s Child Victims Act allows victims of sex abuse, by anyone, not just clergy members, to file claims against their abusers for one year regardless of the normal statute of limitations. The Diocese of Rockville Centre is now challenging the law in court.
Christina Daly/Herald
By Briana Bonfiglio

Signed by Gov. Andrew Cuomo on Feb. 14, the CVA allows a one-year period for victims of childhood sexual abuse to bring claims against individual abusers or institutions responsible for those abusers, forgoing the statute of limitations for the next year for victims 23 and older.

The Diocese of Rockville Centre has been named as the defendant in at least 19 lawsuits under the CVA since it went into effect on Aug. 14. Several other New York dioceses in the state have been named in hundreds of suits under the act, as well.

Sean Dolan, director of communications for the diocese, said in a statement that challenging the CVA was one way that the diocese would ensure it has funds to compensate victims through its own insurance policy.

“As part of its commitment to caring for these survivors, the diocese must and will make every effort to ensure that all survivors have access to those monies,” the statement read, “including by taking necessary legal measures. Available resources should be deployed in a manner that compensates all survivors fairly.”

The diocese established the Independent Reconciliation and Compensation Program (IRCP) in 2017 and has provided $50 million in compensation to 277 survivors, with roughly 80 claims still being processed, Dolan said.

Attorney Irwin Zalkin, managing partner of The Zalkin Law Firm, which represents several individuals with Child Victims Act claims, some against the Diocese of Rockville Centre, argued that the diocese’s victims’ fund is “a way in which they can pick people off cheap” because each individual case can be worth millions of dollars.

“Some survivors don’t come forward,” Zalkin said. “It takes years for people to muster the courage to make their claim. Now they finally can [file it], and this church wants to take that away.”

Dolan noted that the diocese will “continue to respect all orders of the courts as they decide this motion.”

In May, after the CVA was passed, the diocese established an Independent Advisory Committee to assess its financial standings and prepare for the impact of the CVA. Then, in August, when the CVA went into effect, the diocese affirmed its commitment to helping victims heal.

In a letter to the community on Aug. 11, the diocese’s Most Rev. John Barres, Bishop of Rockville Centre, wrote, “Our Church continues to suffer as a result of past sins of sexual abuse of minors. Victim survivors of abuse and their families also continue to carry the terrible effects of that abuse.”

He also mentioned that the Diocesan Office for the Protection of Children and Young People was established in 2003 and the church has spent years working to create a safe environment for students by vetting all employees and working closely with the police department to report allegations.

However, more activists and lawyers who defend victims of childhood sexual abuse are speaking out against the diocese’s legal action against the CVA.

Robert Hoatson, president and founder of Road to Recovery, a New Jersey-based organization that support sex abuse survivors and their families, staged a rally outside St. Agnes Cathedral on Sunday. He and a Long Island sex abuse survivor held signs that read “Bishop Barres: Resign” and “Drop Lawsuits & Name Abusers.”

“We got more thumbs up than I anticipated,” Hoatson said. “It seems some people are upset with the Bishop’s decision to challenge this and are confused as to why he’s taking an adversarial position.

“I’m shocked [Barres] had the audacity to file a frivolous lawsuit to challenge what we’d been working to pass for 20 years,” he added.

Mitchell Garabedian, a Boston attorney who represents more than 200 clergy sexual abuse victims in New York, some of them against the Diocese of Rockville Centre, argued that the church’s legal challenge is a “flawed attempt to delay justice to the deserving based on weak legal arguments.”

“Due process rights of all parties will be protected in the CVA cases just as they are in murder cases where there are no statute of limitations,” Garabedian said. “To now oppose the CVA after supporting it tells you all you need to know about the lack of sincerity and integrity within the Catholic Church.”

Former diocese officials, many of whom have since died, who have been accused of sex abuse toward minors include Sister Maureen Gregory, Bishop John McGann, Msgr. Edward Melton, the Rev. Robert L. Brown and Father John J. McGeever.

Zalkin noted that he does not think the diocese’s legal argument will hold up in court because the statute of limitations is not the law, and the legislature is able to “change those arbitrary, procedural dates,” he noted.

“People have been living with this pain for decades and denied justice because of the arbitrary statue of limitations,” he explained. “This opportunity [granted by the CVA] is vindication for these people to get closure from the institutions that let this happen to them.”