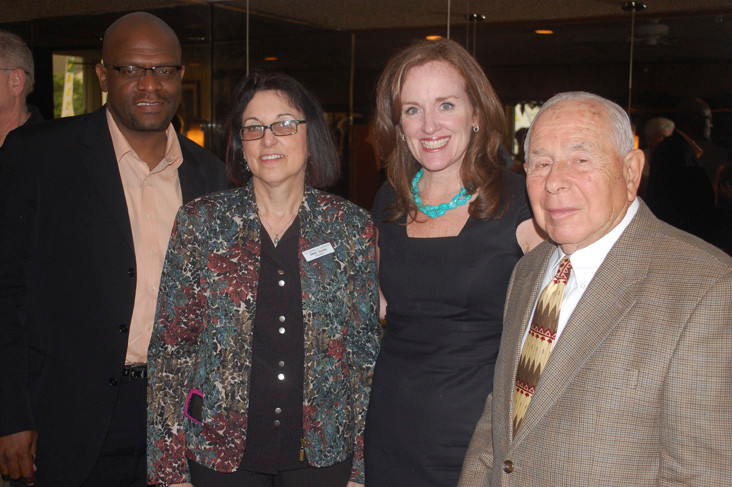 She said the District Attorney’s office has started many programs that inform teens about Internet safety, as well as the consequences of drug use and drinking and driving. These programs are offered in both high schools and middle schools.

Stop, Then Send addresses Internet safety, and warns of the dangers of cyberbullying and sexting. Rice said that this program is offered to many middle school students, because by that age they already have cell phones and are very proficient on the computer. “Kids are given these devices and they don’t understand the ramifications,” she said.

Rice said that children and teens simply don’t know the consequences of sending a photo, a sexually suggestive text message or a threatening email. Cyberbullying is becoming a big problem, she said, because a bully can hide behind a computer screen. “When I was growing up, the bullying happened on the playground,” she said, “and you could have a teacher or a parent immediately address it, hold the bully accountable and move on.”

Not My Child is a program about drug use among teens, particularly heroin and prescription drugs. Rice said that these are two serious problems on Long Island, whether parents want to admit it or not.

Pain killers are commonly abused by teens, Rice said, who often find these pills right at home. “A lot of people take the pill bottle and put it in their medicine cabinet and forget about it, and that’s where kids go,” she said. “Kids don’t think pills are dangerous because we live in an over-medicated society.”

When teenagers run out of pills, she said, they turn to heroin to get the same high. Heroin is easy to get, she said, and it’s cheaper than a pack of cigarettes or a six pack of beer.

Choices and Consequences focuses on driving under the influence of alcohol or drugs. Rice said that this program is unique because she brings in actual people who have been involved with these crimes, whether it is someone who has been convicted or drinking and driving, or a victim. When these people speak, Rice said, “you can hear a pin drop.”

“It’s really, really powerful stuff,” she said. “It’s not meant to scare kids but some of it is.”

Dr. Bill Heidenreich, superintendent of the Valley Stream Central High School District, said several of these programs have been held in the district’s schools. He said thousands of students over the years have heard from Rice and her staff of assistant district attorneys.

“It adds a different component to a child’s education,” he said. “They’re used to hearing this from their teachers or administrators but when we bring in outsiders who talk about some of the consequences of the decisions, it make a very powerful impact.”

Rice said that her assistant district attorneys volunteer their own time to lead these programs at local schools because they believe that education is a deterrent. “My job is actually to try to prevent crime,” she said.

At the meeting, Rice also talked about the SAT cheating scandal in Great Neck and why her office went after those involved. She said there will be major reforms across the country to ensure that the right student is taking the test, so there is a fair and level playing field for all prospective college students.

She also talked about a national reform that started in Valley Stream. Recounting the trampling at Walmart on Black Friday in 2008 that left a temporary store worker dead, she said the retail giant has security policies at all of it’s United States stores for sales events as a result of the Valley Stream incident.

Rice said she could have prosecuted Walmart as a corporation, which would have resulted in a maximum $2,500 fine. “That would have been the end of it,” she said. “They wouldn’t have changed anything about how they treat customers and employees on these doorbuster sale days.”

Instead, she worked with Walmart to develop a plan that would protect customers and employees in the future and said other large national retail chains have followed suit. Rice explained that she did this because Nassau County is “a place where we come up with solutions.”