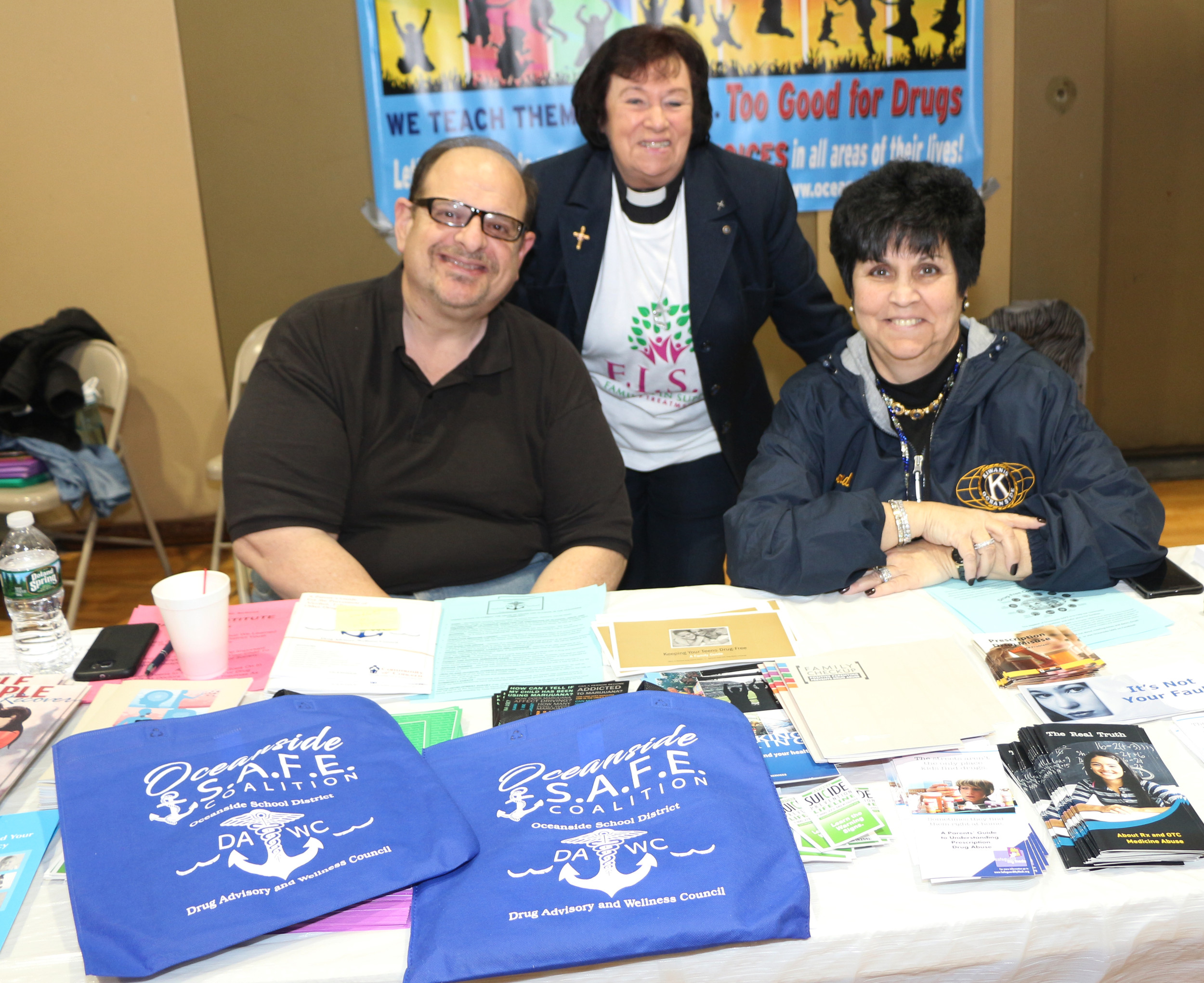 “You could ask any police officer, and they’ll tell you that you’re not going to arrest your way out of this,” said Steven Dodge, an Oceanside High School graduate and former drug addict who started the Saving Lives from Addiction through Treatment and Education Project to educate youth about the dangers of substance abuse. “It has to come from every sector of the community. I mean, essentially, that’s what communities are for.”

The fight continues: On Facebook on May 1, Dodge described the overdose deaths of three more adults in their 20s from Oceanside. The news came after three Oceansiders overdosed in November and another in December, ending a year that Oceanside Fire Chief Kevin Klein said was, in terms of overdoses, the “worst I’ve ever seen it in my time in the Fire Department, without question.”

In the midst of a national battle against narcotics such as heroin and fentanyl, the news of fatal overdoses is something the community has heard before. “It’s frustrating, because you feel like you’re fighting an endless battle,” said Sandie Schoell, a longtime Oceanside resident and vice president of the Board of Education. “People say, ‘Not my child, it’s not going to happen to me,’ and that’s not always the case. Sometimes this happens in the best families.”

Last year, the Oceanside Fire Department responded to roughly 40 overdoses, Klein told the Herald in January, with about a dozen ending in fatalities. He added last week that the department received no calls in connection to the most recently reported deaths.

Nassau County Detective Lt. Richard LeBrun said last Friday that the police had no record of any fatal overdoses in Oceanside in the last few weeks, but added that the medical examiner determines cause of death about three to six months after an incident.

The recurring issue has prompted action from people like Dodge, as well as groups like the Oceanside Substance Abuse Free Environment, or SAFE, Coalition, which unofficially launched on March 30 at an addiction resource fair in the School No. 6 auditorium.

Sara Dowler, a health teacher at Oceanside High School and chairwoman of the district’s Drug Advisory/Wellness Council, helped start the SAFE Coalition, which is focused on expanding the schools’ prevention efforts. “We are doing so much as a school district, so I really just can’t take seeing what I’m seeing,” she said of the recent news.

The heroin epidemic, which has hit Oceanside hard, began years ago, when it became harder for young addicts to get prescription drugs. Some of those who were hooked on painkillers resorted to heroin, like Dodge, who now, through his nonprofit, is urging others not to make the same mistakes he did.

“A lot of people may think, ‘Well I’m not personally being affected by it,’ but it’s not about you,” Dodge said. “That’s what people fail to see. It’s for the greater good. You have to look at the big picture.

“I feel like people … don’t know who to reach out to or how to get help,” he continued. “De-stigmatizing addiction and really promoting what recovery is and that recovery is possible — that’s the key to the whole thing.”

The SAFE Coalition has monthly meetings, during which members of 12 sectors of the community — including a religious leader, a parent, a business owner, law enforcement, a health care professional and others — discuss ways to address the risk factors that lead to substance abuse.

Dowler said that the district surveyed students to identify those factors, and is using that knowledge to help steer its work.

“Really when it comes to any drug overdose, whether it’s heroin or not, the risk factor is underage drinking and marijuana use,” Dowler explained. “You never see a kid at 25 overdose on heroin that didn’t start in high school drinking.”

A representative from the National Guard has come to meetings, Dowler said. There are also plans to create a mapping system of locations where people are getting drugs to help law enforcement combat abuse. Having a variety of people with different areas of expertise contributing, she added, broadens the scope of who can be reached.

“If they hear about it in temple or church, and they see a sign in the grocery store, and then they have less access to [drugs and alcohol] because of police — all of that adds up,” Dowler said. “But it takes time.”

State Sen. Todd Kaminsky announced last month that he had helped obtain a $149,000 grant for the SAFE Coalition, and Dowler said the group is applying for another grant that would provide $1.2 million over 10 years.

Another member of SAFE is Jessica DiRocco, 31, a 2004 OHS graduate whose brother took his own life in 2014, at age 25, after struggling with depression and an alcohol addiction. She helped start the Makeshift Movement, a group dedicated to improving resources and educational services related to addiction and mental health.

“We were saddened to hear about the recent deaths in Oceanside,” DiRocco wrote to the Herald. “The Makeshift Movement will continue to help create a space for our community to share and heal.”

Others directly affected by addiction include Oceanside resident Toby Pilato, whose brother, Christopher, died of a heroin overdose, also at age 25. Toby started a foundation in his brother’s name, which has helped more than a dozen addicts — who are often without money or insurance coverage — get into rehabilitation centers.