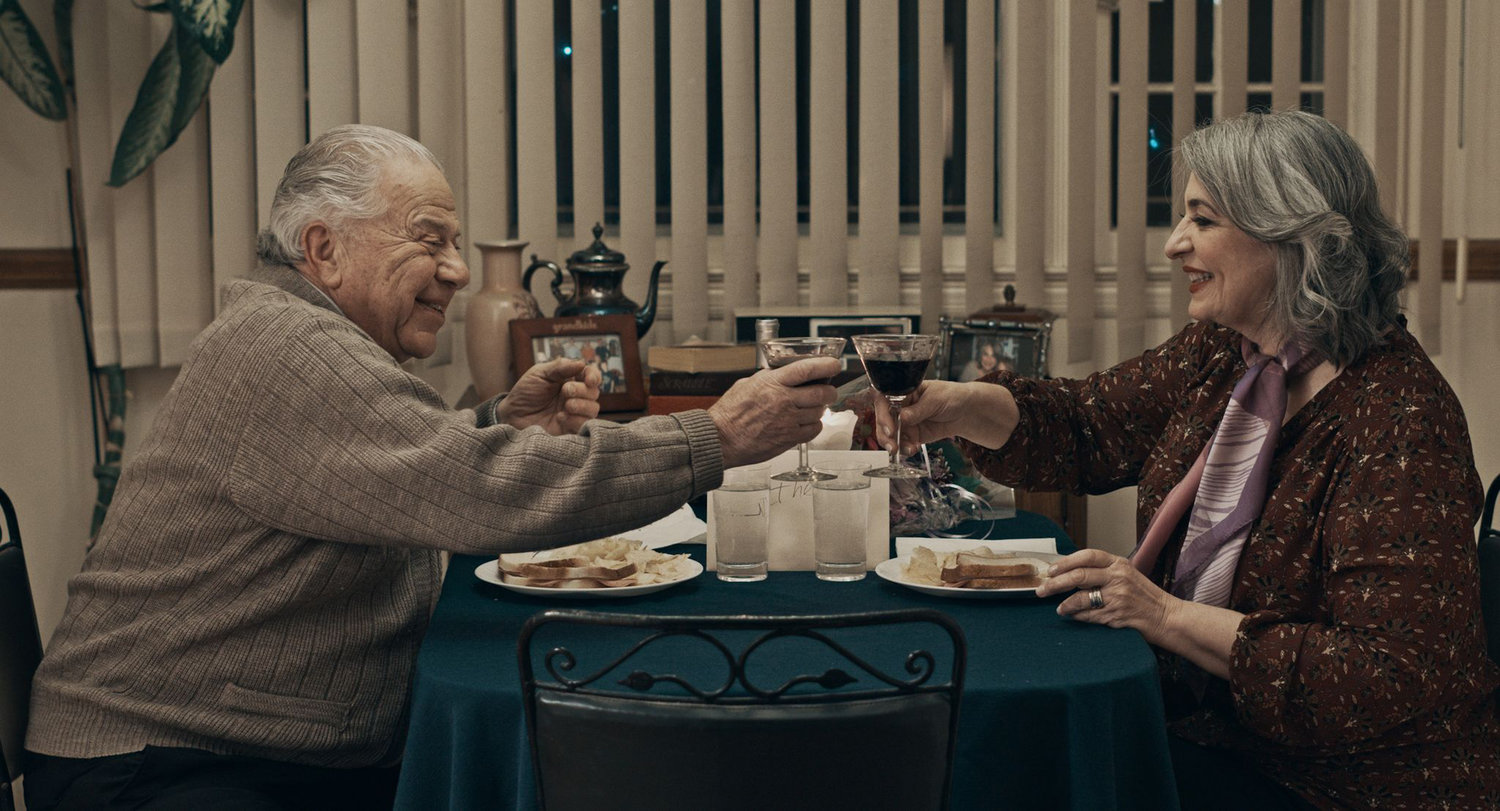 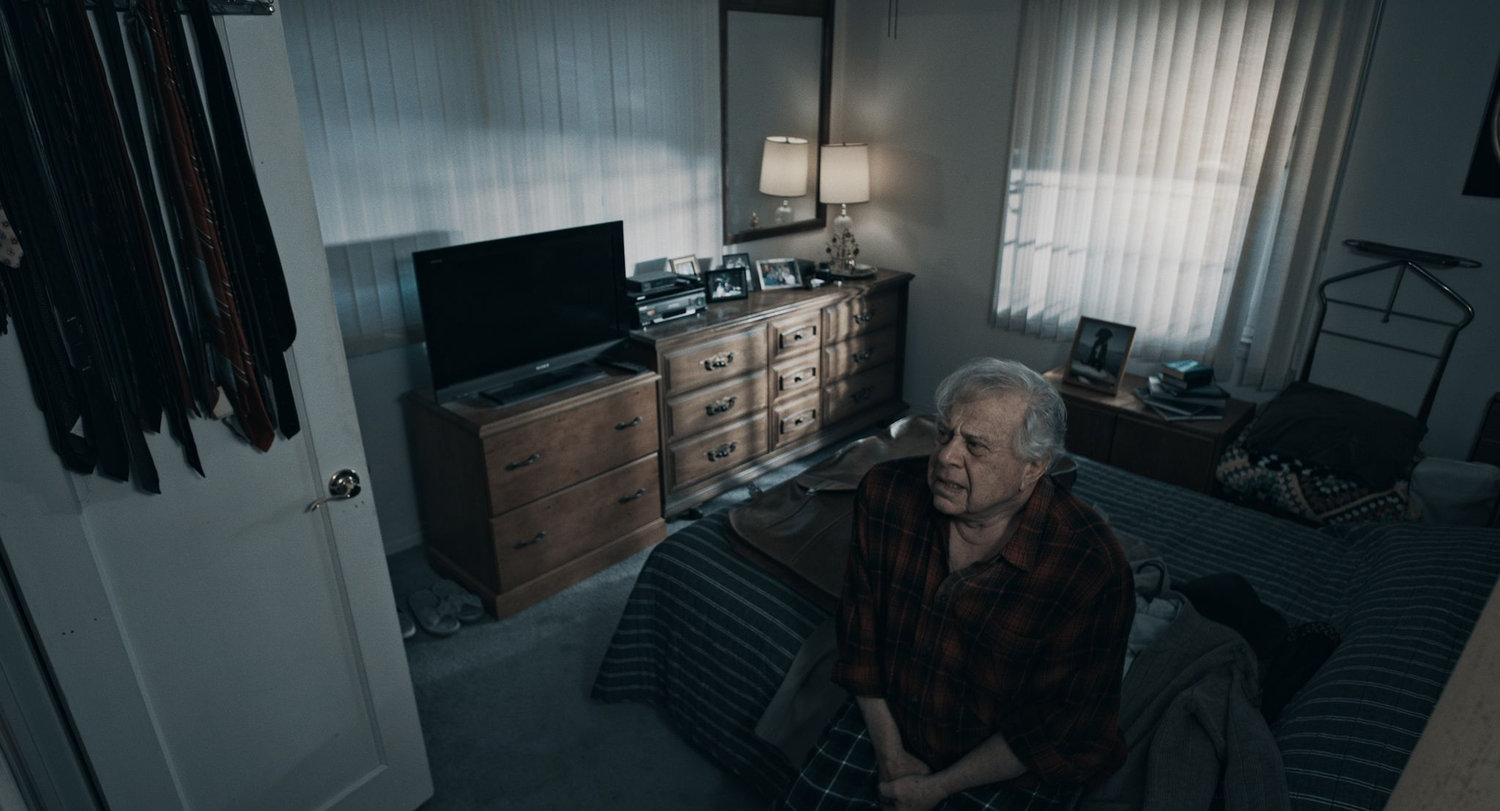 In the 23-minute film, Allan plays a man coming to terms with the circumstances surrounding his wife’s death.
COURTESY MAX HECHTMAN
Previous Next
By Brian Stieglitz

East Meadow filmmaker Max Hechtman’s most recent short film, “Abigail,” draws on his experience with the grieving process and the decisions family members must make when a loved one is terminally ill.

Hechtman’s father, Alan, responded to the Sept. 11 terrorist attacks with the American Red Cross, and in 2009 he was diagnosed with leukemia most likely caused by his exposure to the toxins at ground zero. He died a year later, when Max was 13.

“The topics of grief and loss and ‘death with dignity’ are important to me because they open a conversation about subjects that are uncomfortable and avoided until it’s too late,” Hechtman said.

Hechtman, 23, worked with his mother, Meryl, along with Jason K. Allen, to write a script that expanded upon the original story Allen wrote about a man’s struggle to come to terms with the circumstances of his wife’s death. “Abigail” will premiere at the Long Island International Film Expo’s first virtual festival, where it has been nominated for Best Short Film, Best Long Island Short Film and Best Director.

Hechtman finished the film in August 2019. When the coronavirus pandemic hit, it made the themes even more salient. “I hope after people see Abigail, they could open up conversations about end-of-life decisions and how it affects them and their loved ones,” he said. “I hope it could give people a path to healing and comfort in these unprecedented times.”

Hechtman earned a degree in film and media from the Manhattan-based Fashion Institute of Technology in 2019. Last summer, he won the Best Documentary award at the Long Island Film Expo for “Stories of Strength and Hope: Preventing Youth Suicide.”

Now in its 23rd year, LIIFE will take place virtually Sept. 30 through Oct. 8, much later than its usual late-July run at Bellmore Movies.

This will be the first public screening of the final version of Hechtman’s film. An earlier version screened at the FIT student film festival, but has since been updated with professional color grading, some editing adjustments and an original score created by Los Angeles-based film composer Andrés Soto.

The film was also accepted by the Golden Door International Film Festival, in Jersey City, N.J., which was postponed until 2021.

Hechtman created “Abigail” as his senior thesis film, influenced by a one-scene screenplay of the same name by writer Jason Allen. After reading an article in The New York Times Magazine about “death with dignity,” he expanded on the story, further influenced by the movie “The Notebook,” based on the Nicholas Sparks novel, and the “Married Life Montage” from the Disney/Pixar film “Up.”

He co-directed the film with longtime friend and collaborator Christonikos Tsalikis. This was the first time, Hechtman said, that he and Tsalikis had worked with professional actors, including Richie Allan, whose film credits include Ben Stiller’s “Escape at Dannemora” and the Emmy award-winning television series “The Marvelous Mrs. Maisel.”

Hechtman developed a passion for filmmaking at East Meadow High School, where he filmed the school’s theater productions from 2013 to 2015, when he graduated. After graduating from FIT, he began working as an editor at the Woodbury-based production company Reel Life Cinematography.

Throughout the pandemic, he took on additional freelance projects, including the visual/marketing design for Hungarian-American composer/playwright Bálint Varga’s musical audiobook “d’ILLUSION: The Houdini Musical,” which is streaming now on the show's website, Spotify, Amazon Music, Apple Music and YouTube. Hechtman is currently making a documentary on the making of the audiobook.

“Abigail” will screen virtually on Oct. 6, at 7:30 p.m. For more on the Long Island International Film Expo or to register to view “Abigail” or any of the expo’s other films, go to longislandfilm.com