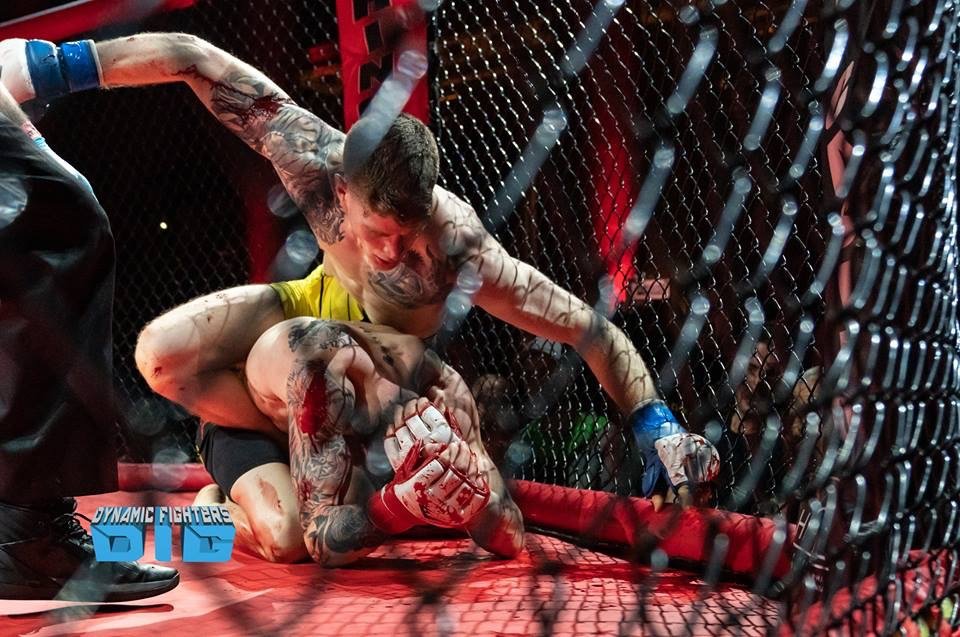 East Rockaway resident Charlie Campbell will make his professional mixed martial arts debut on May 31 at the Tropicana in Atlantic City. The bout will be streamed on the Ultimate Fighting Championship Fight Pass. Campbell defeated Brian Mayer in the first round of his last amateur fight on Feb. 8 at the Capitale in New York City.
Courtesy Charlie Campbell 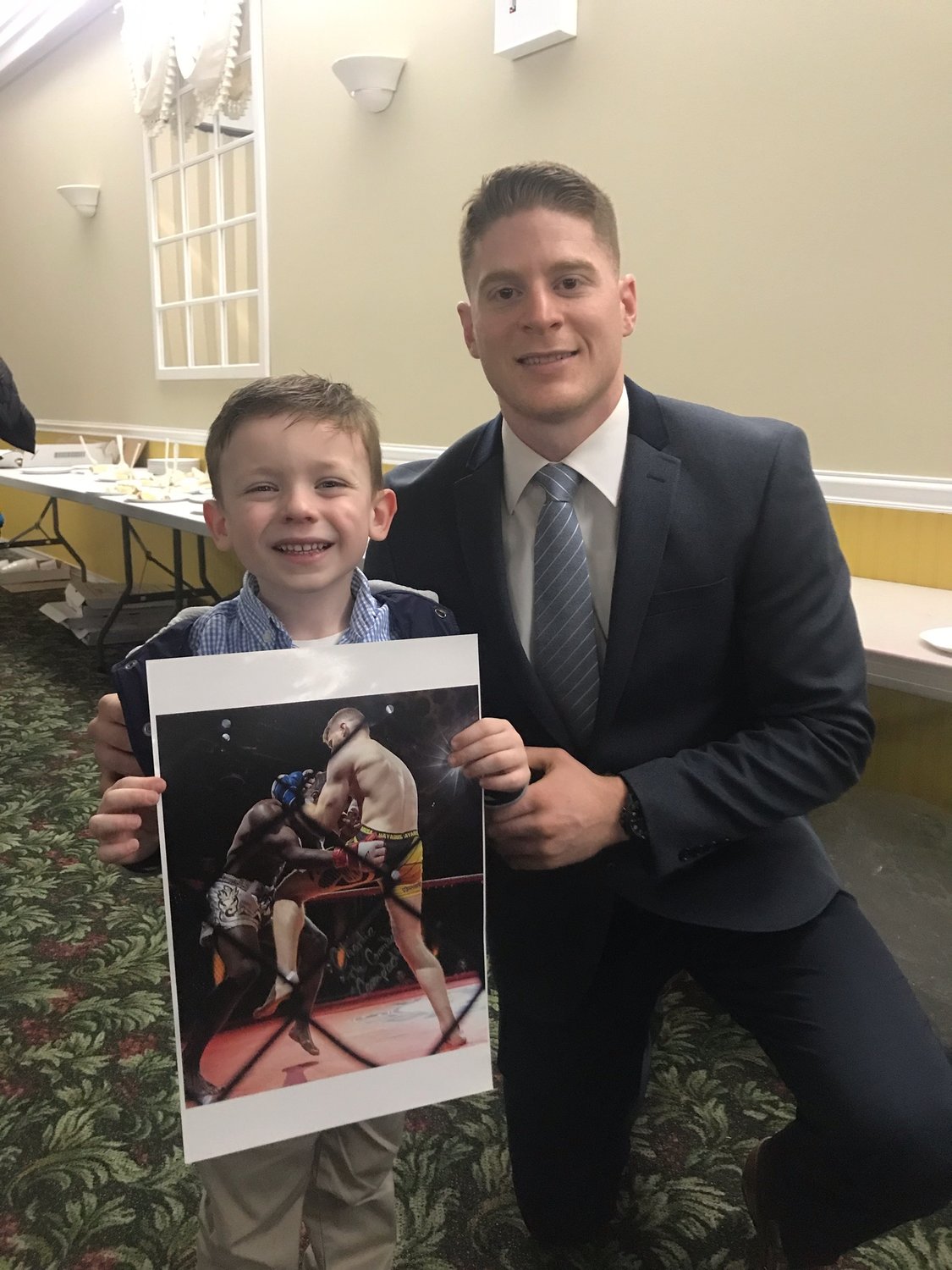 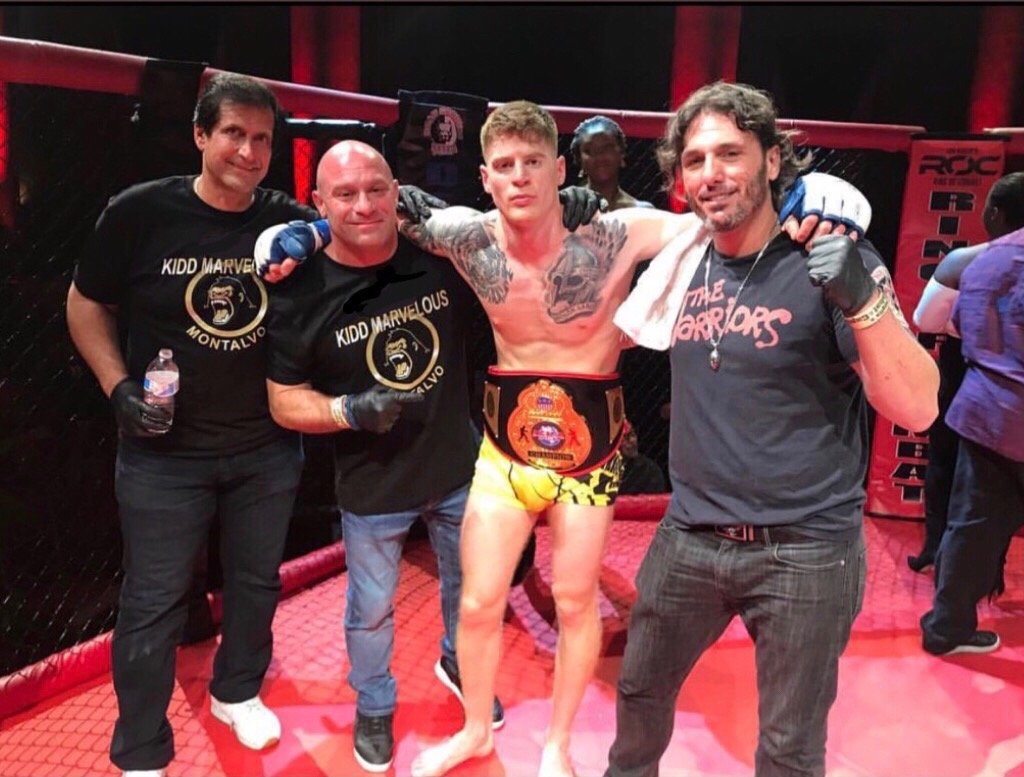 Charlie “The Cannibal” Campbell says his focus will be locked on one man when he makes his professional mixed martial arts debut at the Tropicana in Atlantic City later this month — the one standing directly across from him in the Octagon, the one who wants to inflict pain on him.

Some 200 friends and family members plan to attend to cheer him on, but Campbell said he must block them from his mind. “It can be in the Tropicana in Atlantic City, like it is, or it could be around the block in somebody’s backyard — I don’t feel the atmosphere,” Campbell said. “At the end of the day, it’s just me and him locked in a cage together.”

Campbell, 23, will take on Cody Zappone at Ring of Combat 68, sponsored by Lou Neglia & Dead Serious Promotions, on May 31, in a fight that will be streamed on the Ultimate Fighting Championship Fight Pass. He is training daily for the bout, he said, and with many UFC officials watching, he hopes to make an impression that could eventually land him in the MMA’s top promotion.

Campbell is a lifelong East Rockaway resident, and began competing when he joined the Lynbrook Titans wrestling program at age 8. He grew up with a single mother. The Titans’ director, Hilary Becker, and the other coaches helped him build character as a wrestler and as a person, and turned him into the man he is today, he said.

“I remember Charlie when he first joined Titans wrestling,” said Becker, who added that he planned to be on hand to cheer him on in Atlantic City. “. . . All of the coaches and wrestlers in Lynbrook Titans Wrestling are so proud of Charlie and wish him all the best. Win, lose or draw, he’s a champion in our eyes.”

East Rockaway Junior-Senior High School didn’t have a wrestling team when Campbell was growing up, nor a budget that would have allowed him to compete for another school. So he began training in jujitsu and kickboxing outside school when he was in ninth grade, and fell in love with the sports, he said. When he turned 21, he decided to make combat sports a career.

The 2013 East Rockaway High graduate can be found at the gym daily, training hard with the Serra Longo Fight Team, founded by his coaches, Matt Serra and Ray Longo. Longo owns a gym in Garden City with former UFC middleweight champion Chris Weidman, of Baldwin, while Serra owns a gym in Levittown and another in Huntington. Campbell is at one gym or the other every day, training for his professional debut. He also works with physical trainer Charlie Foster at Gennaro Athletic Club in East Rockaway.

“I’ve been working with [Campbell] for a couple of years, and he’s got the right mindset,” Longo said. “He’s got a great killer instinct, and he’s got a lot of qualities you look for in a fighter, so I think he has a good career ahead of him. . . . I think he’s on the right track to make it to the UFC.”

The 6-foot-tall, 145-pound Campbell got off to a solid start as an amateur, compiling a 5-0 record in mixed martial arts fights — four wins by knockout, one by submission — and going 6-1 in semipro kickboxing. There are different rules in professional fights, he explained: He is now permitted to use his elbows to hit his opponent. There will also be three four-minute rounds, one minute more per round than semipro bouts.

Campbell said he has a hard time describing the mental aspect of preparing for an MMA fight. “I think it’s one of the hardest things to explain to somebody, especially if they’ve never done a combat sport,” he said.

But, he added, “No one’s getting in the way of my goals. If it requires hurting this other guy to get up the ladder and make my dreams come true, then I have to do what I have to do.”

Campbell noted that his family initially expressed concern when he told them that he planned to pursue a UFC career, but eventually they came around when they saw his passion for the sport. He added that there is some stress when they see him shedding pounds, or when the bumps and bruises from combat are visible. The unsettling nature of seeing a loved one get physical in the Octagon will not stop them from attending the fight in Atlantic City, however.

“They realize that this is what I want to pursue, and it’s just a waste of time to tell me otherwise,” Campbell said. “There’s a positive energy about it now.”

Campbell chose “Trooper,” by Iron Maiden, to blast over the P.A. system as he enters the Octagon. He selected the song for his amateur MMA debut in February 2018, he said, because he faced a Russian opponent. Since he is part English, and the song refers to a battle between England and Russia, he said, he felt it was appropriate, and he has used it ever since.

Zappone, 22, who stands 5 feet 10 and weighs 145 pounds, is also making his professional debut. He comes in with a 5-0 record in semipro fights, and is known as a skilled boxer. Campbell said he was confident that his coaches and trainers — Longo, Serra, Foster, Eric Hyer and Pete Sell — have prepared him physically and mentally for the bout.

Regardless of the outcome, Campbell said, he will continue to pursue his dream. “I’ll get an opportunity with the UFC within the next year and a half to two years,” he said. “I really plan on dominating my next few fights and proving that I can stand in there with what’s considered the best in the world.”