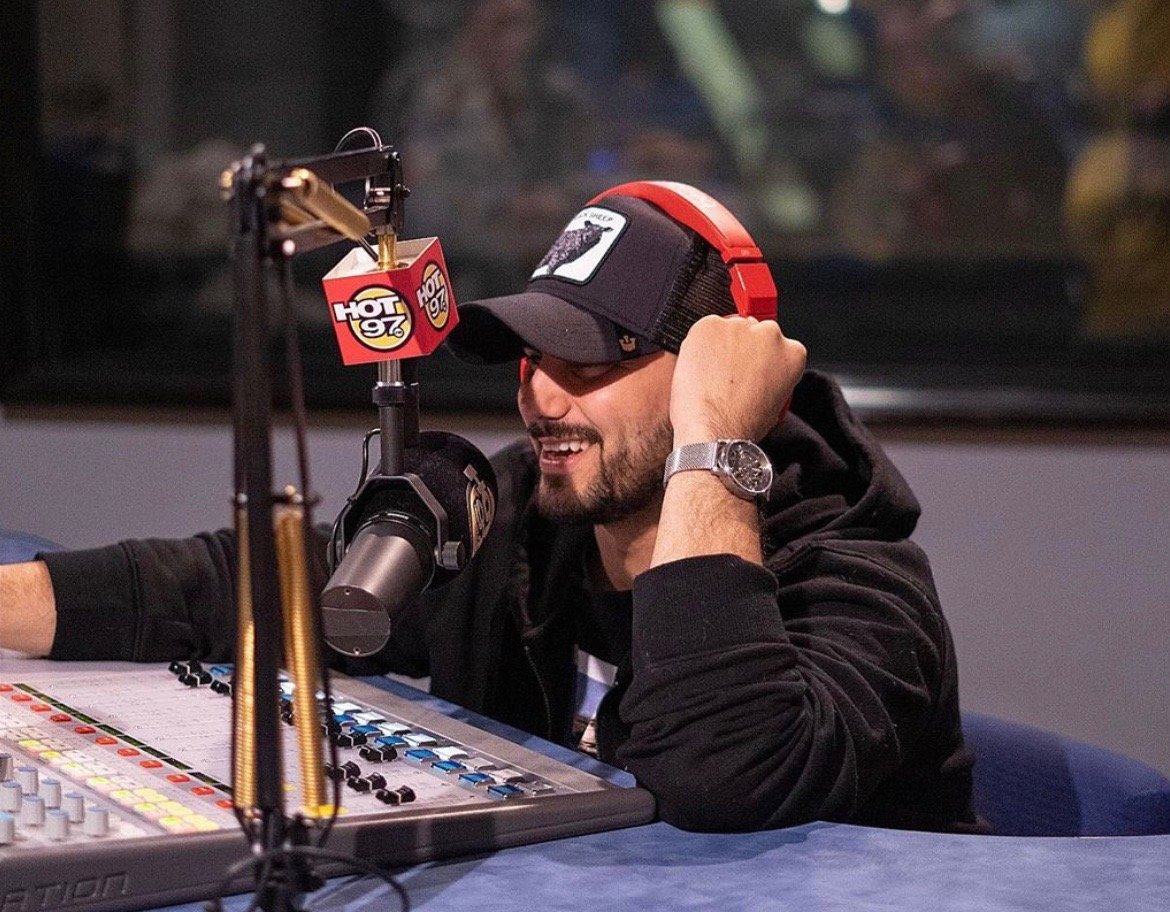 Mike Turkowitz worked his way up from street team member to an on-air personality at Hot 97.
Courtesy Hot 97 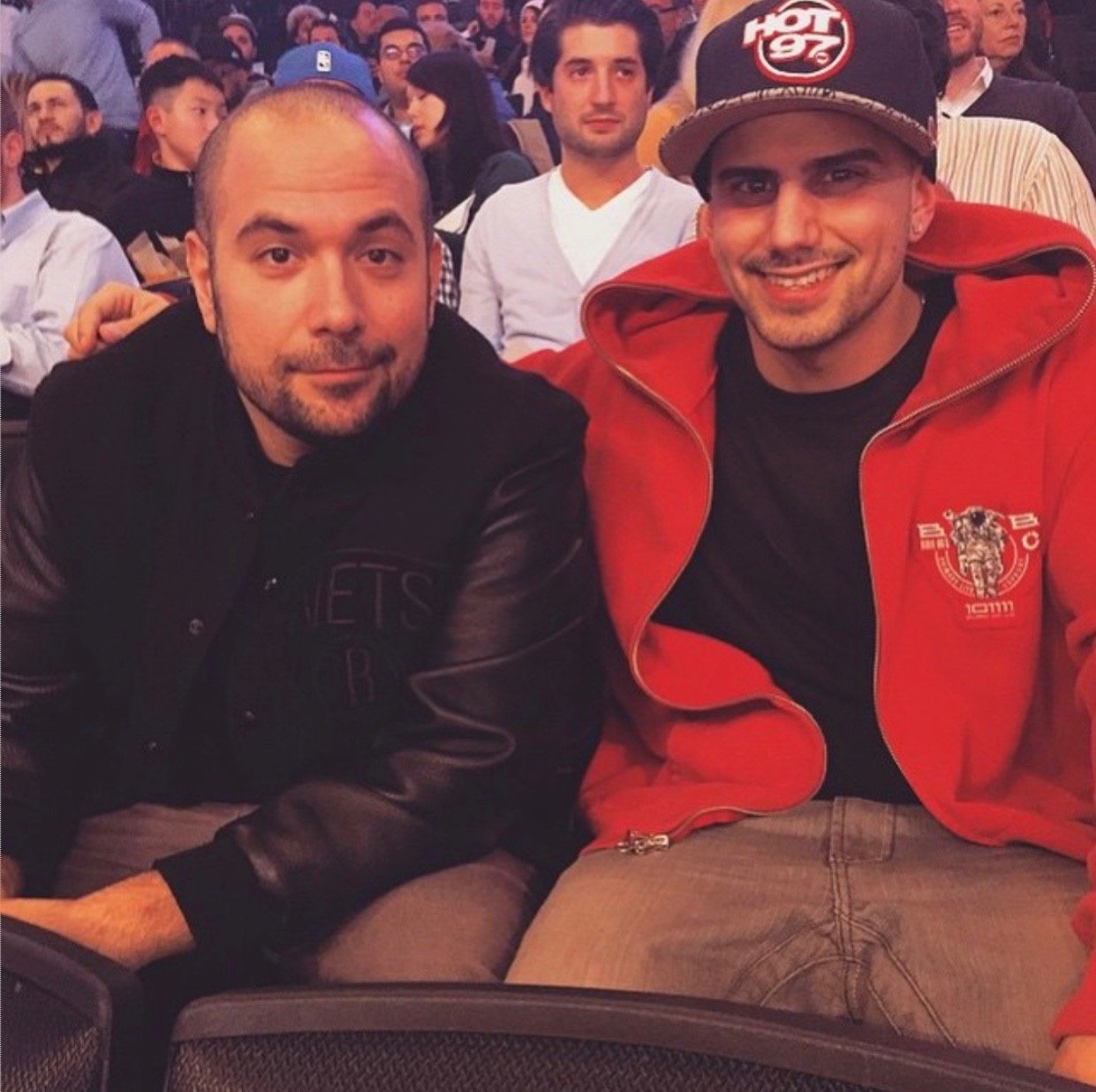 East Rockaway resident Mike Turkowitz, a.k.a. “Hip-Hop Mike,” remembers sitting in a group home in the mid-2000s as a teenager and turning to music to help him stay optimistic. It was then that he decided he wanted a career in the industry.

“I fell in love with music,” recalled Turkowitz, who now lives in East Rockaway. “I just loved the culture of hip-hop.”

Turkowitz, 28, pursued that passion, becoming one of the youngest on-air personalities in the history of WQHT Hot 97, a hip-hop radio station headquartered on Hudson Street in Manhattan’s West Village.

The journey to his dream job was challenging. Turkowitz sneaked backstage three years in a row during the Rock the Bells hip-hop festival at Jones Beach, hoping to get noticed. Each time he sought out current Hot 97 and ESPN Radio personality Peter Rosenberg, who hosts “The Ebro Show” on Hot 97 and is an on-air personality for ESPN Radio’s “The Michael Kay Show.” Rosenberg was one of many music personalities Turkowitz messaged on MySpace years earlier when he was a teenager — and the only one who had responded.

“I got pretty good at sneaking backstage,” Turkowitz said with a laugh. “I think part of it was, he appreciated my approach. I just went up to him and said, ‘I’m the kid from the group home who messaged you,’ and he wasn’t dismissive.”

When Turkowitz saw Rosenberg backstage at Rock the Bells for the third year in a row in 2008, he asked if there was anything he could do for him. At the time, Turkowitz was working as a salesman at Sleepy’s after years of working in barbershops, pharmacies and pizzerias, and longed for a way into the music industry.

“He was just like, ‘I really want to be involved,’” Rosenberg recounted. “The kindness and sincerity he put out, I just went with my gut. Mike turned out to be a harder worker, a more loyal, more supportive person than I ever would have anticipated.”

After their third backstage meeting, Rosenberg gave Turkowitz his email address, and a few days later, the future “Hip-Hop Mike” contacted him. Rosenberg needed an assistant, and offered the gig to Turkowitz, which was a starting point for him to network with people from Hot 97.

Turkowitz was born in West Hempstead, and spent most of his childhood there. His parents divorced when he was in high school, and he moved a lot, attending a total of five high schools, including Oceanside High and Vero Beach High School in Florida while living with his aunt for a few months.

When he was a teenager, Turkowitz got in trouble in school. He was sent to a juvenile detention center, and while he was there, his father was imprisoned for stealing money from the company he worked for to pay gambling debts.

Turkowitz said he wasn’t close to his mother at the time and didn’t want to live with her, so a judge ordered him to stay in a group home in Centereach after he was released from the detention center in 2005. He remained in the group home from age 15 to 17, and watched many friends come and go while he was forced to stay.

“I can’t say I regret the experience,” he said. “It put me in the frame of mind to approach everything that I’ve done since, but you’re restricted. They tell you when to sleep and when to eat. It’s like a jail, but there’s no bars and you can’t leave. It’s a very uncomfortable situation.”

When he left the home, his father was out of prison, and they moved to Brooklyn for a few months before settling in East Rockaway. It was around that time that Turkowitz logged onto MySpace and messaged Rosenberg, who told him to work hard, go to college and keep following his dreams. Turkowitz enrolled at Five Towns College in Dix Hills, and shortly after, he won tickets to Rock the Bells by calling into a Hot 97 contest. Thus began his three-year tradition of sneaking backstage.

Years later when Turkowitz started working for Rosenberg, he began a routine of taking the Long Island Rail Road from East Rockaway to Manhattan, working an 11-hour shift at Sleepy’s, and then picking him up for evening events.

After making several appearances with Rosenberg, Turkowitz was eventually offered a spot on the “street team” at Hot 97, where he drove the radio station’s van, organized contests and served as a DJ at events. He slowly advanced, eventually becoming a sound board operator for the station. When an opportunity to become an on-air personality presented itself three years ago, Turkowitz said, it seemed like a natural progression for his career.

“To be honest, I never really thought about being on air,” he said. “I never really had a focus on that. But after having the opportunity, I wanted to incorporate my own kind of swag.”

He now works on air Wednesdays through Fridays at midnight, and hosts “Takeover Tonight with Hip-Hop Mike” on Wednesdays from 1 to 2 a.m., which offers him creative freedom in booking guests and playing songs that aren’t part of the station’s rotation. He also hosts the “Hip-Hop on Party 105” show on WPTY Party 105, based in Ronkonkoma, from 10 a.m. to 2 p.m. on Saturdays and Sundays.

Much as Rosenberg gave him a shot in the business, Turkowitz uses “Takeover” as a platform to showcase up-and-coming artists who catch his ear. “My favorite part is really being able to change lives,” he said. “Seeing their faces when I invite them to the studio and they see the studio, it’s the best.”

Live Like Davis, 25, a hip-hop artist from Amityville, said Turkowitz greatly helped his career. “I feel like he really helped me gain focus,” Davis said. “His work goes a long way because he’s all about being genuine.”

Turkowitz is now focusing on the 2019 Summer Jam event, Hot 97’s annual music festival, which will take place at MetLife Stadium in New Jersey on Sunday. This year’s event will showcase such artists as Cardi B, Meek Mill, Migos, Tory Lanez, A Boogie and more.

“A lot of the artists in the lineup are artists that I’ve supported,” Turkowitz said. “Now they’re headed to Summer Jam, and I’m super-excited.”