Elmont back playing at high level 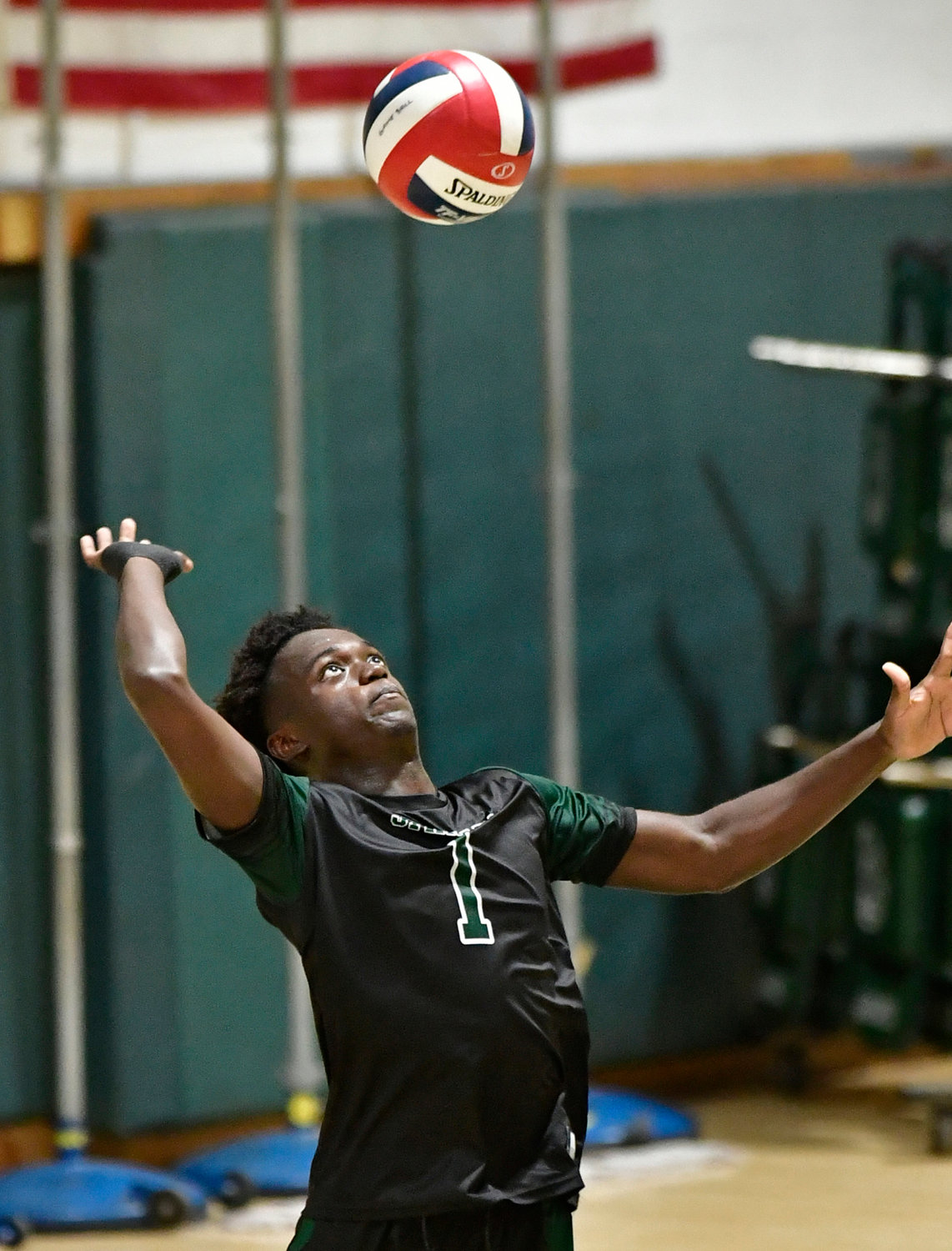 Senior Darius Dorsey-Rhule is one of Elmont’s three returning starters leading its hopes of a repeat conference title.
Anthony Hughes/Herald
By Tony Bellissimo

Coming off its first conference championship since 1999, Elmont boys’ volleyball busted out of the gate this season to win its first seven matches behind a mix of veteran standouts and varsity newcomers.

“We lost four key pieces but I expected us to remain relevant,” coach Ryan Straub said. “The way we’ve started, it feels like we didn’t skip a beat. We’re going to learn a lot more about ourselves over the next couple of weeks with some tough opponents, but we haven’t lost a set so far.”

The Spartans, who lost a hard-fought opening-round Nassau Class A playoff match to Jericho, rely heavily on the talent and leadership of seniors Darius Dorsey-Rhule and Evan Patterson. Dorsey-Rhule forms a dynamic bookend outside hitter tandem with junior Malyk Gordon, another returning starter, while Patterson is a right-side hitter/setter.

“All three of those guys are playing lights-out,” Straub said. “We’ve also had a bunch of guys up from JV filling the voids nicely. I’m really happy with the leadership and chemistry we’ve got going.”

Dorsey-Rhule is averaging 10 kills per match and is the team’s strongest server. “Darius is a very smart player who always knows where to be on the court,” Straub said. “He has a great serve and excels as an attacking hitter, but he also covers the floor really well defensively.”

Gordon leads Elmont in kills, averaging about 15 per match, and is another weapon from the service line. “Malyk has gotten so much better since his freshman year,” Straub explained. “He jumps high and crushes the ball. It’s great to have either him or Darius in the back row at all times.”

Patterson is the most versatile player on the roster and hits from the right side and middle. He also leads the Spartans in assists and blocks. “He’s a big lefty who does a little bit of everything,” Straub said. “He’s a high-energy kid and the timing of his blocks is unbelievable.”

Junior Chijiaku Ndukanma is the tallest kid on the roster, the coach noted, and solidified Elmont’s offensive and defensive efforts in the middle. “He worked hard and took his game to another level during the offseason,” Straub said.

In addition to Ndukanma, senior setter Syed Noor and juniors Quincy Velez and Ian Hodge were members of the JV squad last season. Noor is a quality passer and server. Velez has developed into a reliable defender in his first season playing the libero position. “We needed someone to fill the role and he’s embraced it,” said Straub, who utilizes Hodge as a front-row hitter and blocker.

Hewlett is off to an equally strong and undefeated start in 2C, but the Spartans and Bulldogs don’t meet until the regular-season finale Oct. 26.