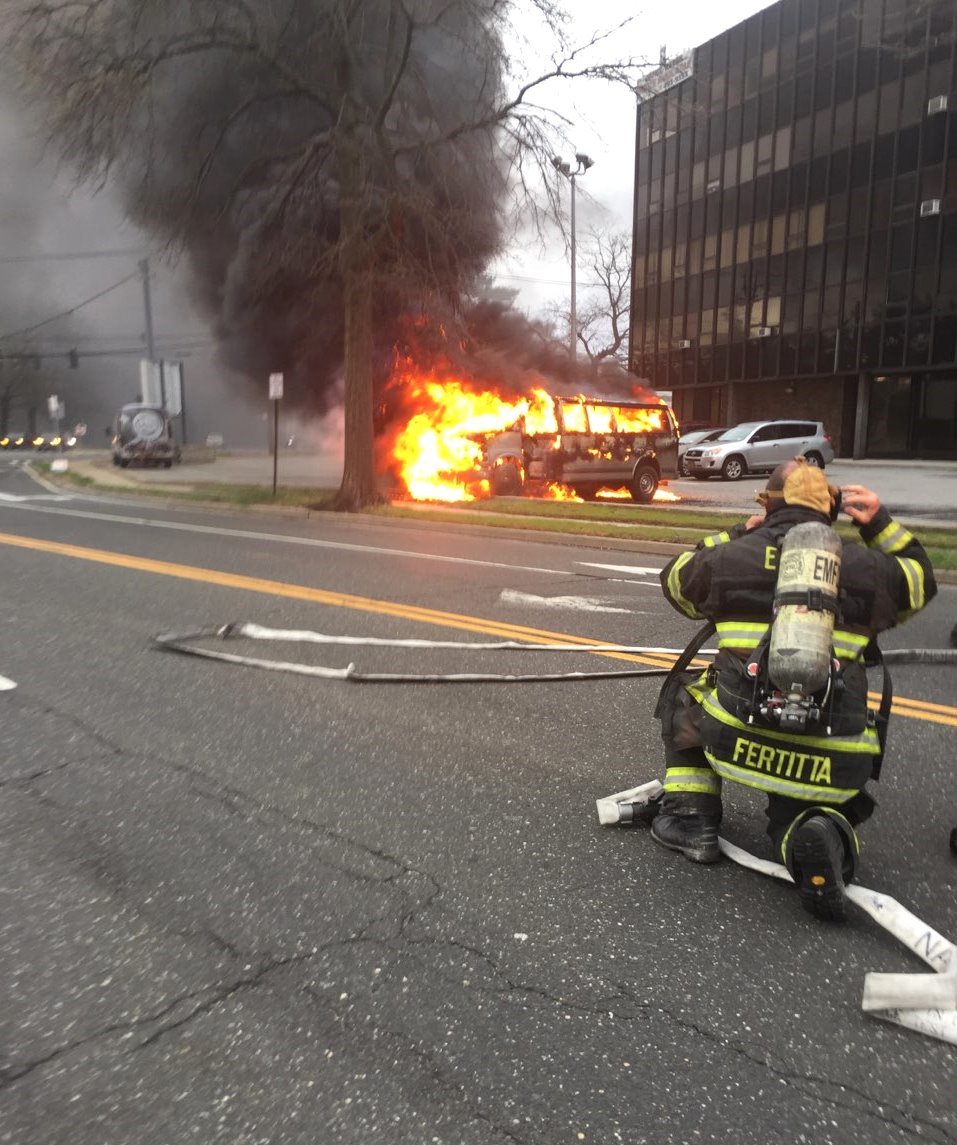 Nozzleman and Ex Chief Phil Fertitta prepared for water as his crew flaked out the hose for a smooth approach with unrestricted water flow.
COURTESY JOHN J. O'BRIEN SR. 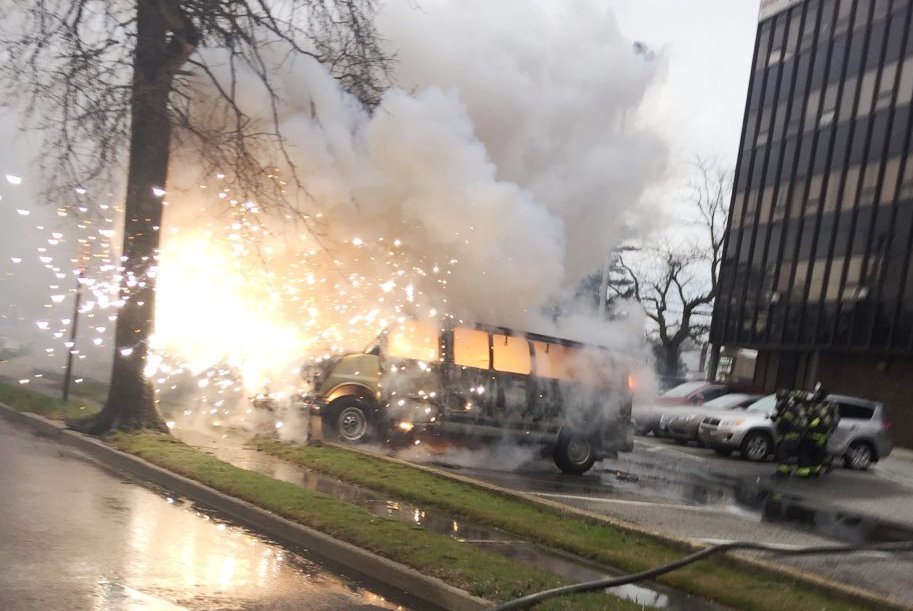 The violent reaction of combustible metals showered “fire-like” sparks. Such metals are a component in many of today's vehicles.
COURTESY JOHN J. O'BRIEN SR.
Previous Next
By John J. O'Brien Sr.

Chief Becker immediately changed his direction of travel to command the house fire on Meadow Lane. He quickly jockeyed responding units, re-directing Engine 612 to the house fire, while instructing dispatch to fill out the house fire response with the next available companies, and a "Station 1, 2, 3, and 4” alert was effected adding Engines 613, 614, and Ladder 619.

Minutes later, first due Engine 611 arrived on the scene of the van fire immediately followed by Heavy Rescue 616. Firefighters quickly pulled the attack hose and other equipment, and water was soon on the fire.

As firefighters moved in on the van fire, they were suddenly met with spectacular, yet dangerous, displays of "firework-like" arcing and showers of metal sparks. A clear sign of combustible metals found in many of today's vehicles that can react violently when on fire, and hit with water.

Although firefighters can handle smaller metal fires of this nature with a specialized fire extinguishers, blitzing the fire with a large volume of water from a safe distance proved to be the best attack.

With Engine 614 now on the scene, a second water source and attack line was established providing the final impact needed to extinguish all the fire.

Although the main body of fire was knocked down within minutes, firefighters remained on the scene for 40 minutes ensuring final extinguishment of the combustible metals, and repacking their hose and equipment. Damage to the van was a total loss. There were no injuries.

Meanwhile, at the Meadow Lane house fire, Chief Becker found a minor incident with an electrical outlet short, advising dispatch that no further units would be needed at his location.

John J. O'Brien is an active Ex Chief of the East Meadow Fire Department. He is the District Supervisor of the Jericho Fire District and has over 40 years of Dispatch and Supervisory experience.
Report an inappropriate comment