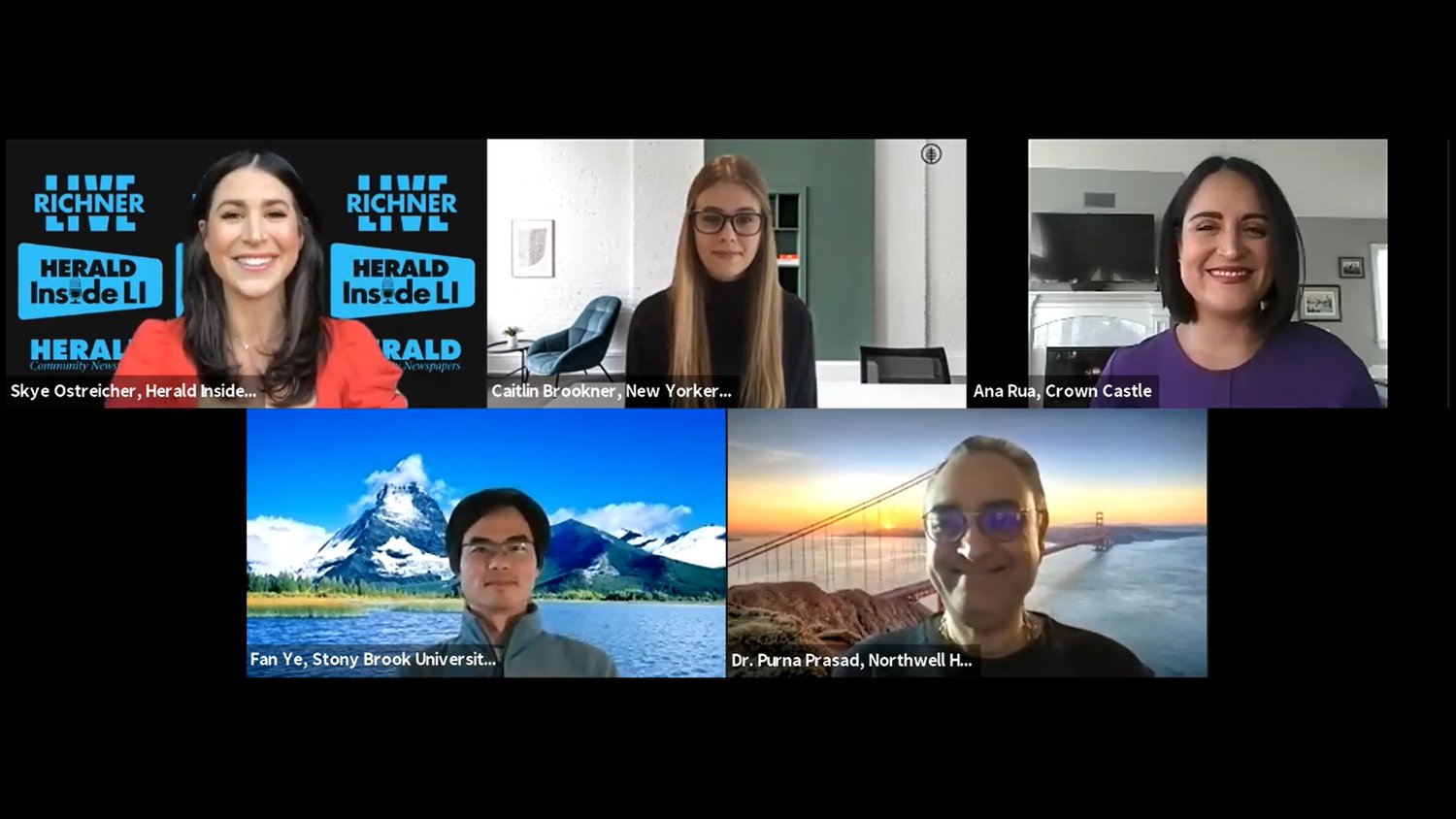 Thus was the resounding opinion given by experts during the latest episode of the Herald Inside LI webinar series, “The Power of 5G,” in which Prasad and other professionals in the technology field spoke about 5G’s increasing role in public and professional connectivity.

Skye Ostreicher, of Herald Community Newspapers and RichnerLive, moderated the discussion. She kicked off the episode by naming a number of the devices that already use 5G technology, including household security systems, pet and baby monitors, and GPS guidance applications in cars.

The potential for 5G is far-reaching, Ostreicher added, such as monitoring elderly parents’ blood pressure while they are in Florida and you are in New York.

“The technology has been peer reviewed — both nationally and internationally by renowned and reputable organizations — and it has been found safe,” said Rua, noting the Food and Drug Administration, the National Health Institute and the American Cancer Society have deemed the technology safe.

On the electromagnetic spectrum, 5G exists in the realm of visible light, with wavelengths similar to other harmless wavelengths commonly found in households. These exist within the non-ionizing spectrum of wavelengths that are low-energy and low-frequency. In contrast, the ionizing spectrum, which includes gamma rays and X-rays, can harm a person.

The debate and discussion surrounding the implementation of technology like 5G has been happening for decades, Prasad said. In the 1990s, he authored a study on the topic and found no evidence of negative effects. Those findings, he added, have not changed.

5G technology was developed from its four predecessors. When 2G was the norm, mobile phones were basically no different from any others, as they were primarily used for making calls. The era of 3G, however, turned mobile phones into computers, giving unlimited access to the internet, explained Ye.

5G “is just naturally the next step,” Ye said, “because people are always asking for a higher data rate with lower loss and lower latency.”

Certain advances are only possible with the assistance of 5G, such as augmented reality, which requires streaming high-quality video, Ye explained. Doctors can also perform operations on patients thousands of miles away if remote surgery is able to rely on 5G.

5G connectivity allows for the bandwidth needed for advanced medical services. An ambulance responding to an emergency call, for example, can use the full set of tools at its disposal, connect to a doctor via 5G and treat the patient at the scene, Prasad said.

Although 5G offers an enhancement of 4G technology, 4G isn’t going anywhere, Rua said. The 4G network that exists across Long Island will be the foundation for 5G developments, allowing for public and professional use between the two.

“4G is not going to go away — we need to enhance that current infrastructure for 4G and build on top of it for 5G infrastructure,” Rua said.

“High speed connectivity really impacts every facet of our lives and will have a large effect on almost every industry out there,” Brookner said.

This episode of Herald Inside L.I. — the final episode of the first season — was sponsored by New Yorkers for 5G and Crown Castle. All 14 episodes of the premiere season can be found at liherald.com/insideli.

The first episode of the second season of Herald Inside L.I. is set to stream on Jan. 7, 2021 — “Set your calendars,” Ostreicher said. “We have a lot of things planned.”