Thousands of pounds of food lost in fire 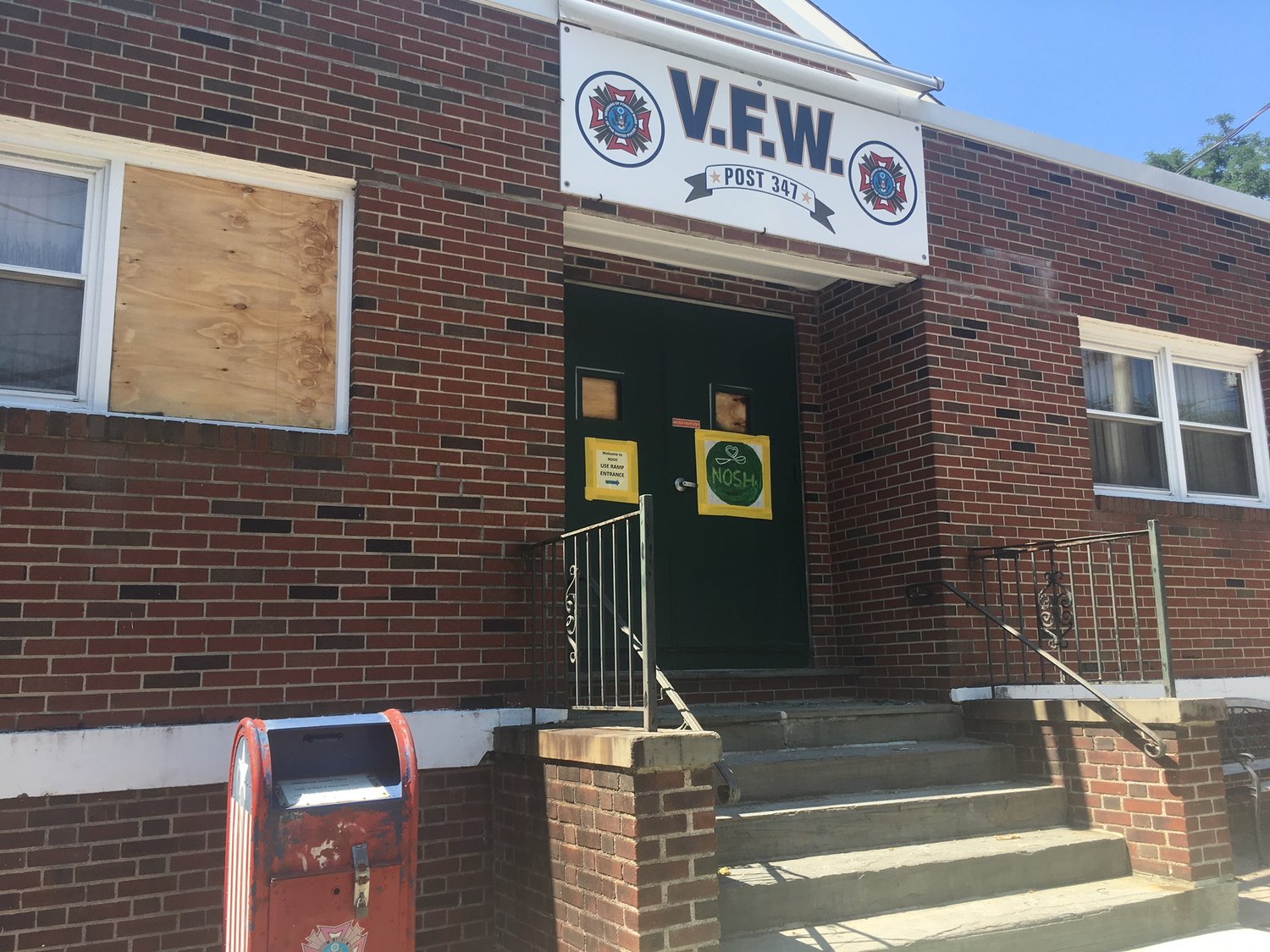 The brick building remains intact, but the fire destroyed the fresh, frozen and dry food stored upstairs, as well as some sentimental memorabilia from the Veterans of Foreign Wars post.
Jill Nossa/Herald
By Jill Nossa

In a blow to families who have already been struggling throughout the pandemic, a fire broke out at the Veterans of Foreign Wars Post 347 hall in Glen Cove on Tuesday morning, destroying the headquarters of NOSH, a program of the North Shore Soup Kitchen. The food pantry had operated out of the Hill Street building since April, serving about 500 families on the North Shore each week.

No one was inside the building at the time of the fire, and no injuries were reported. As of press time, the cause of the blaze was undetermined.

According to Christine Rice, chairwoman of NOSH/North Shore Soup Kitchen, 200 deliveries were supposed to go out on Tuesday, starting at 10:30 a.m. She was notified about the fire at 7:20 a.m. While the Glen Cove Fire Department responders saved the building, everything on the second floor was lost, including 23 refrigerators and freezers full of meat and produce and a few thousand pounds of dry goods — enough to feed the families for two months.

“We are obviously devastated by the fire, but extremely glad that no one was there and no lives were lost at the time of the fire,” Rice said. “We are determined to come back stronger than ever and are in the process of finding a new location so we can continue our mission to all of the families we have been serving. Any help from the community is more than welcome.”

From week to week, about 150 people volunteers for the organization, which serves families in Glen Cove, Glen Head, Sea Cliff, Roslyn, Locust Valley, Lattingtown and Bayville.

The fire affected the second floor of the building, and Glen Cove VFW James Donohue Post 347 Commander Henryk Nowicki said several items of sentimental value were destroyed, including a 10-foot-long wooden VFW emblem that hung on the wall and a painting of the Morgan Park gazebo by a member’s daughter. The firefighters were able to save the memorabilia from downstairs, he said, though the hall will be out of commission for several months.

The hall was built in 1920 by post members, and it is where today’s members say they intend to stay. The plan is to repair the extensive damage with insurance money. “We’ve been to tougher places,” Nowicki said. “We’ll rebuild and keep going.”

Shortly after the pandemic started, NOSH was founded by Courtney Callahan, of Locust Valley, who was a member of the North Shore Soup Kitchen Board of Directors, to provide emergency meals for the hungry during a time when regulations restricted serving meals. The North Shore Soup Kitchen has fed community members for 32 years, operating from First Baptist Church of Glen Cove until the pandemic hit. The two groups joined forces in July 2020, and began feeding people in need out of the Church of St. Rocco in Glen Cove last August.

The effort grew with demand as the pandemic dragged on, and NOSH moved to the VFW hall this spring, because there was adequate space to store all the food that was needed. Volunteers pack bags filled with emergency meal kits and distribute them from the parking lot to walk-ins or van drivers who deliver them to homes.

Not only does the organization need a new location, but also donations from the community to feed the families. To help, email info@northshoresoupkitchen.org or call the NOSH hotline at (516) 366-0277.  Donations can also be made through a GoFundMe page that was created.