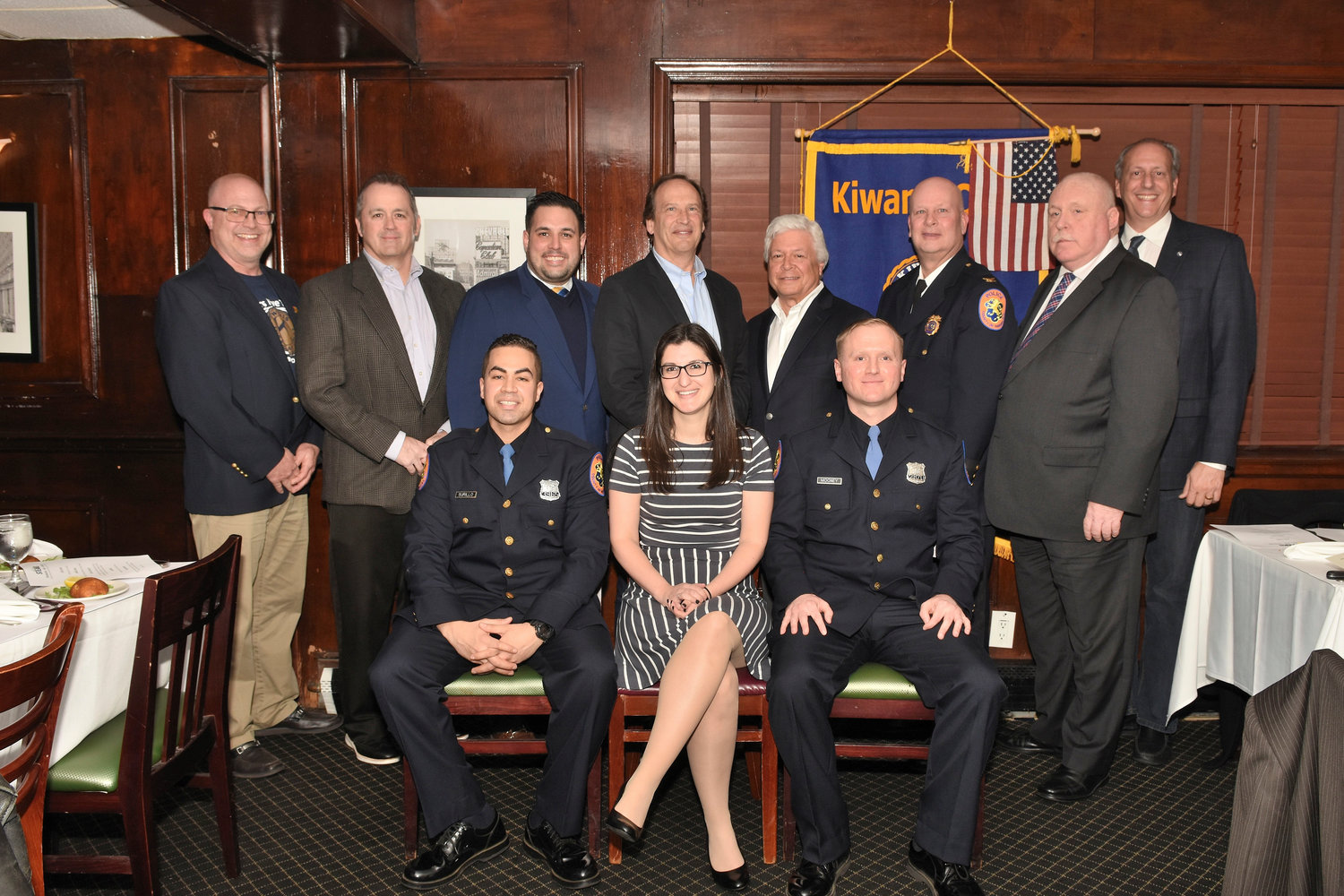 The feted quartet — Det. Michael Bartlett, officers Kevin Mooney and Ryan Surillo, and intelligence analyst Amy Stern — were recognized for their work in arresting four people who allegedly tried to steal cars in Hewlett Harbor in April of last year.