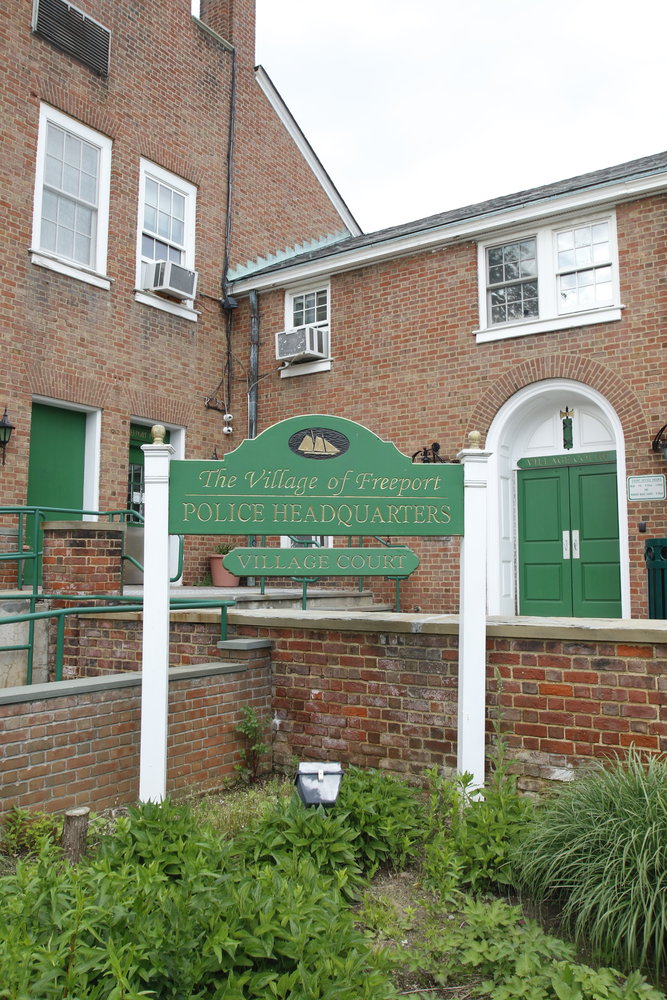 The Freeport Police Department would potentially have to work an additional 2,000 hours per year to comply with the criminal discovery law that will take effect in January, according to village officials.
Christina Daly/Herald

This legislative act is another unfunded mandated imposed by the governor and Legislature.”
Robert Kennedy Mayor, Freeport

We are available to work with the municipalities, but we’re also taking care of people who can’t advocate for themselves.”
Taylor Darling State assemblywoman
Evidentiary records that must be turned over to the D.A.

Village of Freeport officials are expressing concern about a new state law set to take effect in January that will require the village to immediately turn over all evidence in criminal cases to the Nassau County district attorney’s office.

Once the D.A.’s office has received the evidence, county officials must provide copies to a defendant or defense team within 15 days after an indictment.

Freeport Mayor Robert Kennedy, who is also the president of the New York Conference of Mayors, said he was primarily concerned about the financial impact that the expanded discovery process would have on the Freeport Police Department and other law enforcement agencies.

“The law, as currently drafted, only serves to harm our respective agencies,” Kennedy said.

District Attorney Madeline Singas agreed with Kennedy, saying that the new law would be a “huge burden for small police departments and a huge burden on the budgetary needs in Nassau County.”

“You can say you want this stuff in whatever your time limits are,” Singas said, “but who’s going to pay [and] help to expedite these services?”

“There’s no money from Albany,” she continued. “It’s going to be very tight.” For Nassau County, processing all evidence from 25 different departments will be complicated, time-consuming and expensive, Singas added.

In Freeport, complying with the unfunded mandate threatens to increase taxes beyond the 2 percent tax cap, Kennedy said.

In the past, he explained, the Freeport Police Department processed an average of 50 case discoveries per year, and only when instructed by the D.A. to do so. With the new mandate, that workload could increase to well over 1,000 cases, with the accompanying packages of videos, phone records, notes and other evidence. That does not include the Village of Freeport Court discovery workload, which would increase from 25 to 5,000 cases per year, the mayor said.

In an Oct. 25 petition signed by mayors and municipal chief administrators, Kennedy wrote, “This legislative act is another unfunded mandate imposed by the governor and Legislature.”

FPD Chief Raymond Horton said he was working with his officers to determine how best to carry out the new requirements. “Funding and additional labor continue to be a major” obstacle, Horton said. “The new legislation reforms will significantly increase our personnel time and annual budget.”

Department officials, he said, are hoping for a temporary de-lay and review of the legislation.

According to a 2017 Marshal Project report, New York had one of the most “restrictive” discovery laws in the nation, which had not been changed since 1979, and which allowed prosecutors to withhold in-formation un-til a case went to trial.

According to Hofstra University law professor Barbara Baron, prosecutors were not previously obliged to turn over evidence. Only when a judge ordered a district attorney to do so was evidence handed over, she said.

“The defendant has a right to prepare a defense,” Baron said. “A defendant is entitled to have a full, fair day in court.” The new law will allow the accused to mount vigorous defenses.

Baron said the old law was, in part, intended to protect prosecution witnesses. The new measure, however, does permit a prosecutors to request a protective order from a judge, allowing prosecutors to withhold witness information on a case-by-case basis.

State Assemblywoman Taylor Darling, a Democrat from the village of Hempstead, and Assemblywoman Kimberly Jean-Pierre, a Democrat from Wheatley Heights, were the only Assembly members from Long Island to co-sponsor the new law before it was voted on earlier this year. Darling said she supported the bill to help the poor who often cannot advocate for themselves. The new law, she said, levels the playing field and gives everyone a fair chance at due process.

“Through this bill, I feel that we are going to address inequalities,” Darling said. “We are available to work with the municipalities, but we’re also taking care of people who can’t advocate for themselves.”