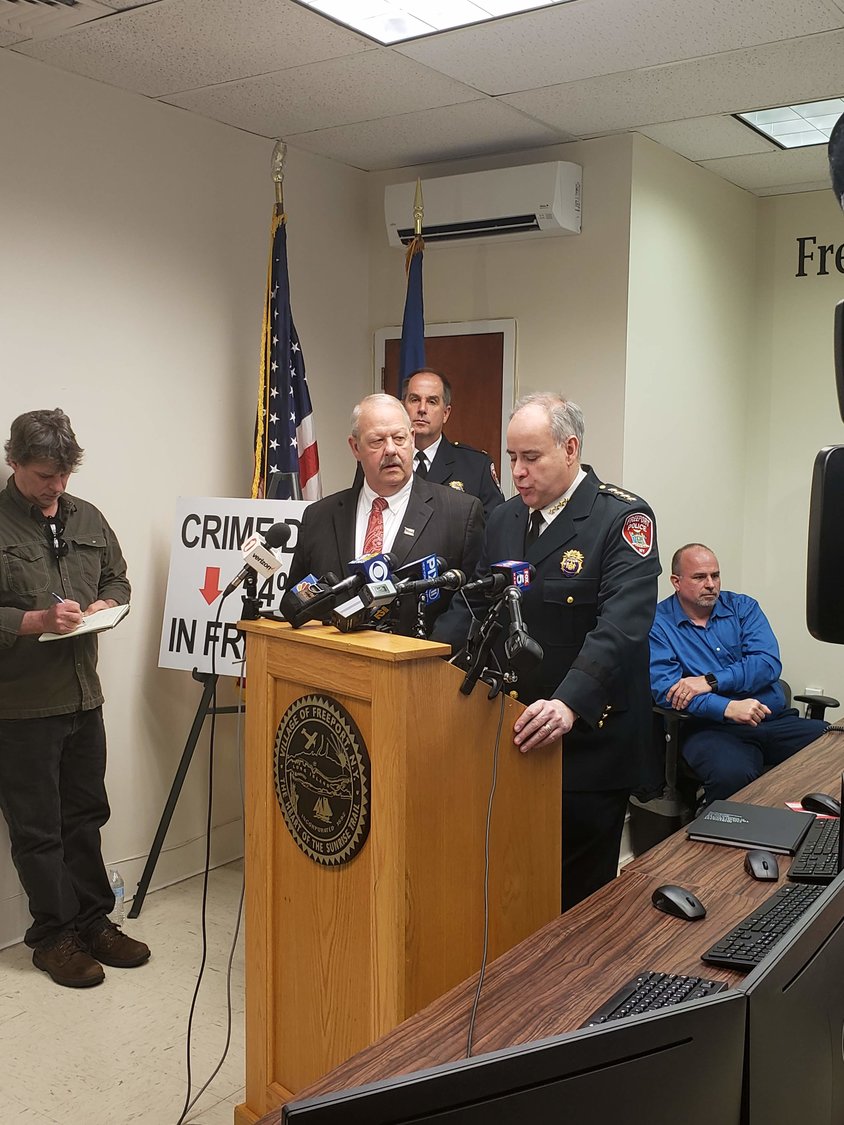 Bermudez, at lectern, was joined by Kennedy to discuss the success of the license plate readers and Operation Safe Streets in the village on Monday.
Nadya Nataly/Herald 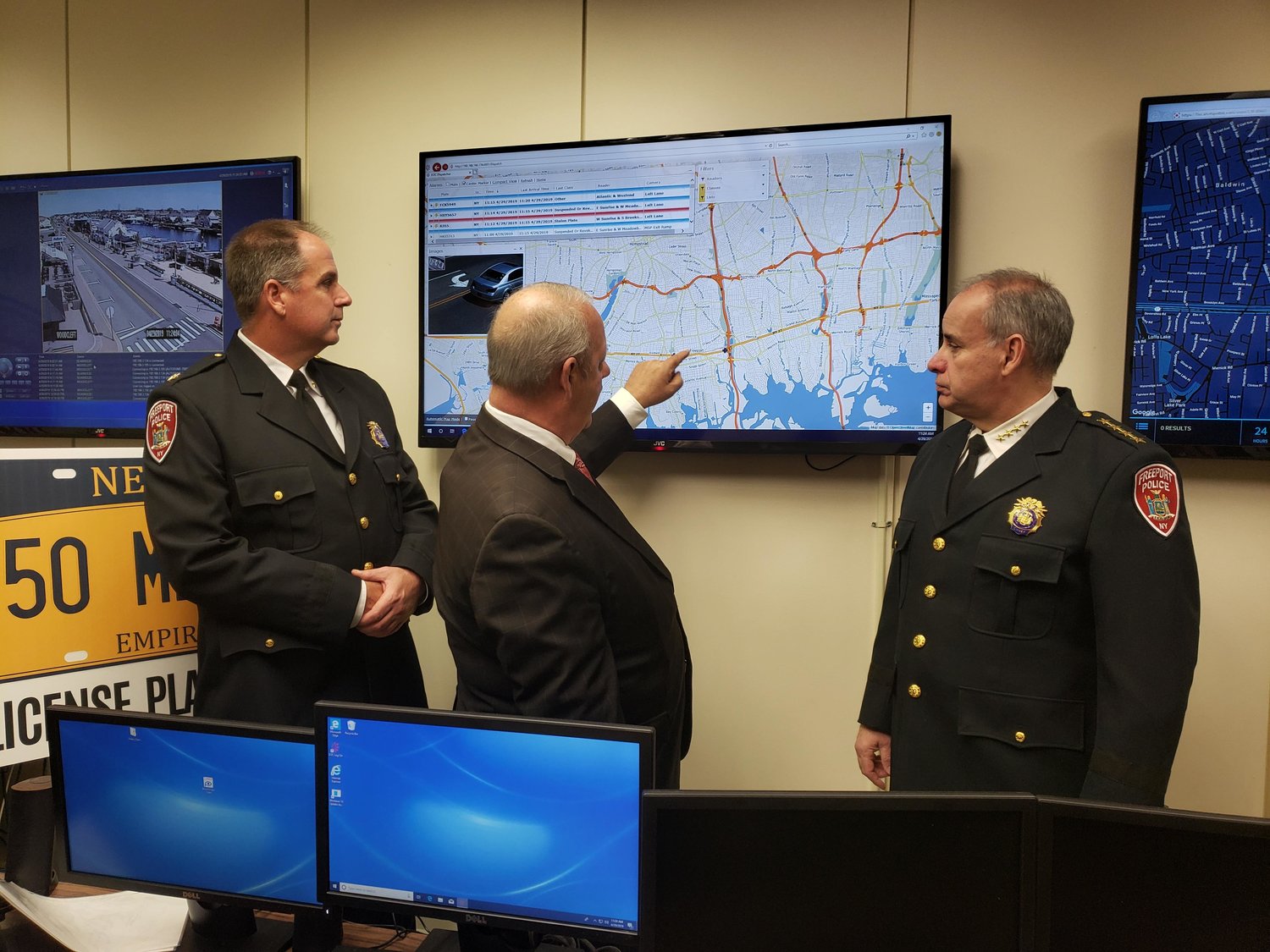 When the Village of Freeport launched its Operation Safe Streets initiative and implemented a fiber-optic license plate reader in October 2015, Mayor Robert Kennedy said he was skeptical about its effectiveness.

At a news conference on Monday, Kennedy said he hoped to receive additional funding from the county, about $400,000, to install more cameras in other parts of the village. The initial cost of the scanners was $1 million, including their installation, and they cost $50,000 a year to maintain and operate.

“I never imagined that this program would be so successful,” Kennedy said.

In the last three years, the scanners have read roughly 250 million license plates. Kennedy also said that Operation Safe Streets has helped to expand the Freeport Police Department from 82 police officers to 101. He attributes the reduction in crime to a combined effort of the Police Department and the use of the scanners.

This “has proven to be a crime-fighting tool that is beyond reproach, and makes Freeport a safer place for its residents,” Kennedy said.

Freeport has 27 license plate-scanning cameras, which read up to 2,000 license plates per minute and cross-reference them against state Department of Motor Vehicles records and law enforcement databases. Freeport was one of the first communities in Nassau County to launch the program, and neighboring communities like Long Beach and Rockville Centre have started their own programs.

“Fact is, crime is down over the past three and half years in the Village of Freeport,” Kennedy said.

Since the program’s inception, 5,000 vehicles have been impounded due to insurance lapses, stolen plates or revoked registrations; over 22,500 summonses have been issued; more than 130 stolen vehicles have been recovered; and about 220 wanted individuals have been arrested. Some of those people, according to Freeport Police Chief Miguel Bermudez, have included out-of-state robbery and murder suspects.

“If you’re going to commit a crime, don’t come to the Village of Freeport,” Kennedy said. “If you’ve committed one, you better go around us.”

By using the system, Bermudez said, FPD officers are able to use the information to analyze trends and “utilize this to combat crime in a more efficient and effective approach while enhancing officer safety.”

“This technology isn’t only about quantity, but quality,” Bermudez said. “Quality of arrests made, quality of enforcement efforts, and ultimately the quality-of-life issues.”

When a license plate scanner gets a hit, an alert is sent to the command center at Village Hall and to all police officers on patrol. Officers are given preliminary information about the vehicle and what the officer is stopping it for. According to Kennedy, the information is stored for 180 days, and is reviewed only if it is connected to a crime.

“If you’re coming into the Village of Freeport and that vehicle is wanted,” Bermudez said, “you will be stopped and you will be arrested.”