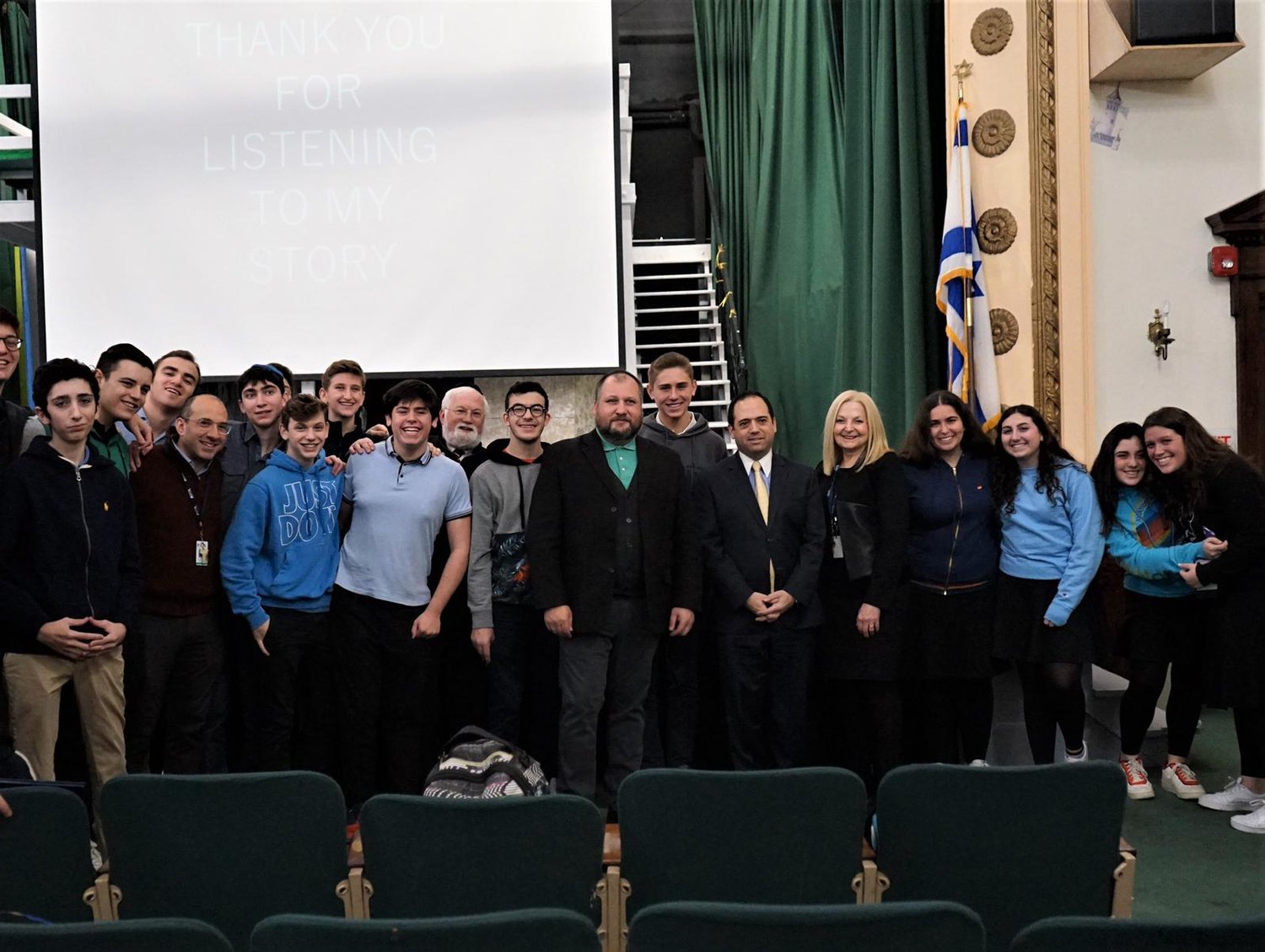 A former white supremacist and Ku Klux Klan member spoke to students at Hebrew Academy of the Five Towns and Rockaway High School about his time as a member of the known racist and violent group and why he left, and is now a human rights activist in Memphis.

TM Garret, a KKK member in Germany visited HAFTR on Feb. 14. He talked about his life and said he spent most of it yearning for acceptance and validation. Garret said he felt unloved by his family and found himself being bullied in school.

Making a jokes about the Holocaust was the only thing that would connect him with his peers, he told the students. The continuing connection was made when a fellow student gave him a cassette tape with hate music. Garret then wrote his own hate songs that his peers found appealing.

He highlighted that once people become involved with hate groups, you begin to live a “bubble” where you only speak to other people that are members of similar groups. Garret said you become disconnected from nonmembers and start to rely on the hate group for money and food, and even earn a living through the group’s connections.

Then for a reason that is not clear, Garret’s family had to share a home with a Muslim family, whose beliefs were opposite of his KKK indoctrination. The kindness showed by the Muslim family contradicted his white supremacist beliefs. In a brief time, he also realized that the hate he had for other people and religions was also unfounded.

Treating people with kindness instead of hate was Garret’s main message to the students. “Ostracizing groups serves no inherent purpose … show all people respect … view others as human, just as we are,” he said.