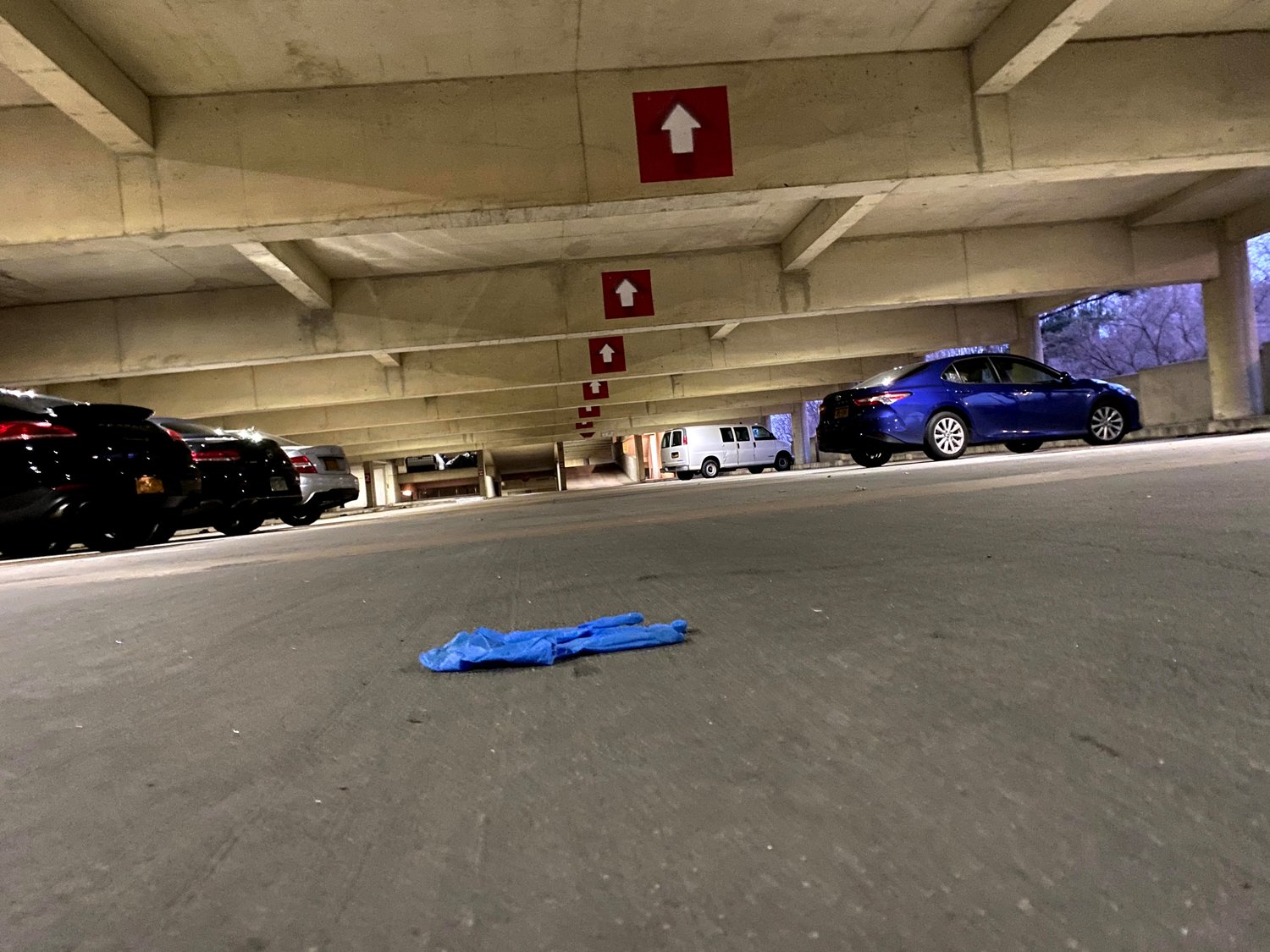 As the coronavirus has raised the stakes of an ordinary trip to the grocery store, many residents around Glen Cove have noticed masks and gloves used for protection by shoppers left behind in parking lots at Stop & Shop, North Shore Farms and Holiday Farms.

Glen Cove resident Wendi Karass said she is disgusted by what she has seen. The stores should provide for more garbage cans, she said.

The Glen Cove Police Department is concerned too. It took to Facebook to upload a video on March 31, asking that residents no longer dump personal protective equipment in parking lots.

“There’s one thing that we have noticed and that is the irresponsible disposal of our personal protective equipment,” Glen Cove, Deputy Chief Chris Ortiz said. “It is irresponsible for your friends and neighbors because it creates a potential hazard.”

In the video Officer Carolina Selena Gustella demonstrated how residents should safely dispose of gloves without getting any potential contaminants onto one’s hands.

So, you’re going to take your dominant hand, pinch a quarter inch from the top of this glove, pulling down away from your body inside out,” Gustella explained. “Nice and gently because you don’t want to throw the contaminants everywhere. Once you do that you’re going to ball it up in your hand, take your two fingers inside the next glove and do the same thing; inside out, gently, away from your body.”

The video received over 100 shares and was viewed over 8,000 times on Facebook.