Getting past Malverne district’s past 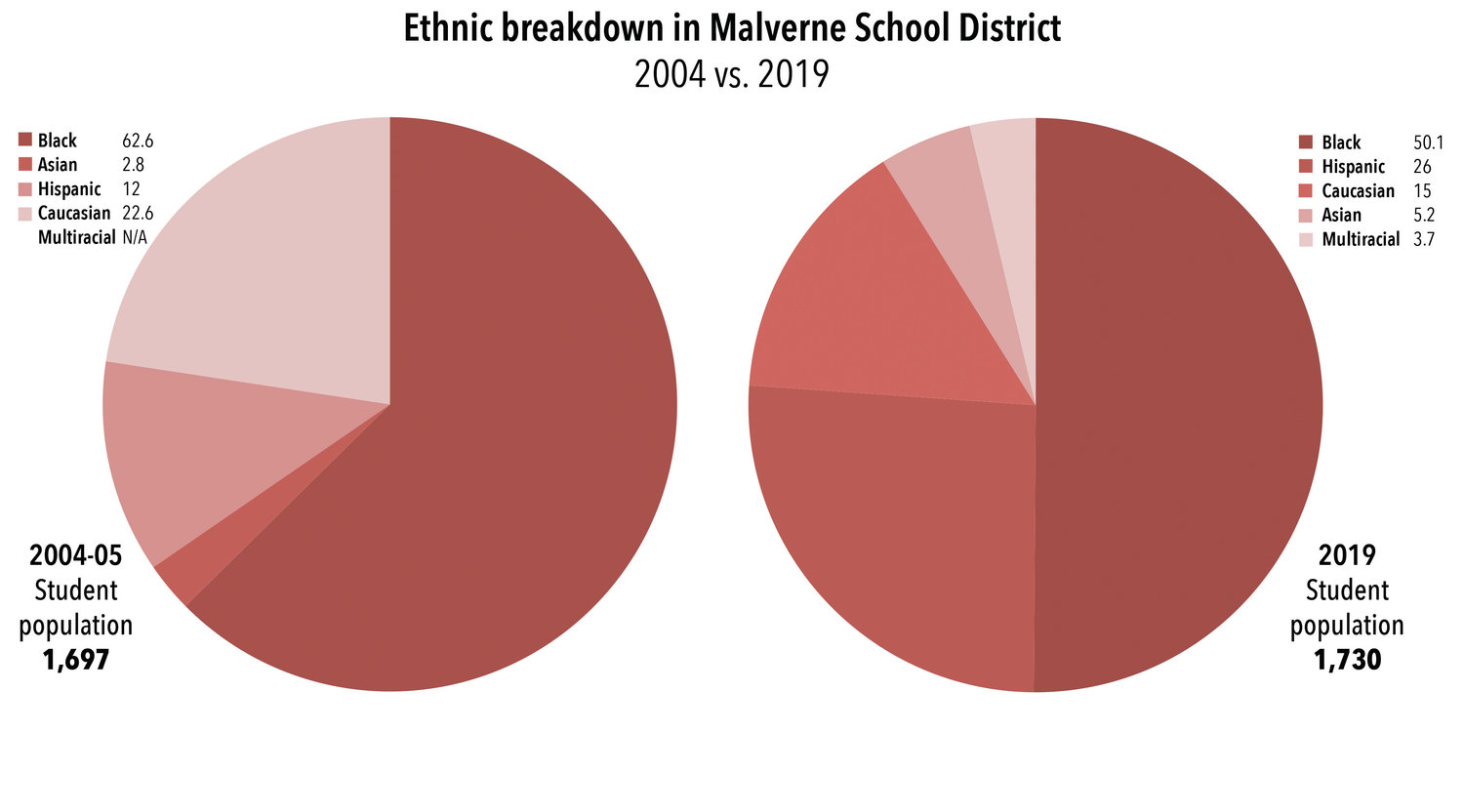 Part four in a series.

More than 50 years ago, racial tensions in the Malverne School District peaked. Prejudice divided the local community as hostilities mounted. Today, however, the district is a model of integration, and it speaks volumes about what is possible — that racial lines can disintegrate over time as people get to know one another.
“This place was a virtual war zone in the late 1960s and early ’70s, where you had people standing in picket lines ready to kill each other over issues of integration,” Malverne Superintendent James Hunderfund said. “There was a sense of separatism, and that was prevalent in other places, but it was rampant here. You had some people that were fighting to keep it that way, and then some people were fighting to make it different. Thank God that the difference- makers won.”
Hunderfund, who has been in the district for 13 years, has studied the community’s tumultuous past through historical photos and articles, and he urges his staff members to do the same to remind them how far Malverne has come.


“There’s some people that’ll never change,” he said, “so [racism] has to be a thing that will pass over time. But now that we have many multiracial families, we have people who really have grown up in a modern world and see the world as a complete blend.”
As the civil rights movement intensified in the South during the early ’60s, reformers looked to Malverne, a community in the heart of Nassau County, as a possible public stage for desegregation, said Alan Singer, director of social studies education programs at Hofstra University. Tensions reached a climax in May 1962, when more than 100 demonstrators picketed to push for desegregation. Many such demonstrations — and subsequent arrests — drew national attention to Malverne.
“In Malverne, [desegregation] could have been done very easily,” Singer said, “but the opposition was intense.”
Woodfield Road School, in Lakeview, was 75 percent black and 25 percent white, while the district’s other elementary schools, Lindner Place, in Malverne, and Davison Avenue, in Lynbrook, were 14 percent black and 86 percent white, according to Newsday reports from the time.
In the summer of 1963, African-American families in Malverne, along with local and national advocates, launched a campaign to integrate the village’s schools. They lobbied James E. Allen Jr., then the state education commissioner, to desegregate the district. In 1966, Allen did just that, and Malverne was the first district in New York to receive a desegregation order.
The state mandated that Malverne implement the Princeton Plan, in which students would not attend their local elementary school, but rather a series of elementary schools — kindergarten through third grade at Lindner Place or Davison Avenue, and fourth and fifth grade at Woodfield Road.
Through the Malverne Taxpayers and Parents Association, white parents sued to overturn the order, which the State Supreme Court did in 1964, but the State Court of Appeals upheld the original ruling. In 1965, the case reached the U.S. Supreme Court, which sided with desegregating the Malverne district.
Many white parents pulled their children from local schools and enrolled them in private schools. Today, a quarter of the district’s students still attend private schools, according to Newsday. The district, however, has found a sense of peace in a diverse environment, school officials said.
Woodfield Road School, in a predominately black neighborhood, closed in 1967, but local parents would not approve busing for those students to the other two elementary schools in white neighborhoods, leaving many children to walk up to two miles to school, according to The New York Times. The issue was not resolved until 1978, when the state mandated that the children be bused.

Malverne’s cultural shift
“Racial integration has to be a goal in American society,” Singer said. “Children that attend racially integrated schools are better equipped to address the diversity of the modern world.”
The Malverne district became increasingly diverse and inclusive in the mid-1990s, according to former teacher Marguerite Robles. “Stories of the old days have sometimes slowed us down,” she said, “but we’re full speed ahead now.”
Robles, who retired in June, was a district teacher for 28 years. Her two children, Matthew and Genevieve, attended Malverne schools in the 1980s and ’90s, so she saw the district’s transformation as both a teacher and a parent.
“In the beginning, when my son started back in 1982, I think what people saw was color of skin,” she said. “I think that’s the reputation that Malverne had at the time . . . and that’s the kind of thought process that we had to combat as educators.”
As the years passed, Robles said, there was a noticeable increase in the variety of cultures in the district. Its teachers focused on inclusion.
“Diversity is when you focus on getting all people into the school system,” Robles said. “Inclusion really means accepting and welcoming those people with different backgrounds, and I think that’s the change that I’ve seen in Malverne over the years. Although the diversity has become apparent, what’s really telling [are] the relationships and the inclusiveness.”
The opportunities and relationships that exist in Malverne today, Robles added, have put the school district ahead of the curve. “Some of the surrounding districts are moving toward this,” she said, “but as far as I’m concerned, Malverne has really raised the bar.”
Malverne High School Principal Dr. Vincent Romano, who has worked in the district for 15 years, said that diverse groups of students have developed relationships and friendships through their participation in a number of activities, from the Pride of Malverne Marching Band to student government and the video games club, as well as events like Nerd Night.
“Friendships are built on commonalities,” Romano said. “It’s amazing how diverse those groups are, and that’s really exciting to see, especially on an island that’s known for its segregation. Our children growing up are so much more tolerant and ignorant of color. They look at people’s characteristics, which is what we’ve always wanted.”
Steven Gilhuley, the district’s assistant superintendent for curriculum, instruction and educational services, said the students have taken up the mantle of creating an inclusive learning environment in Malverne. “Our kids will be the ones who tell the new kids, ‘We don’t do that here,’” Gilhuley said. “I see it a lot when I’m walking through the hallways, and I think it’s one of the greatest things you hear as an educator.”
The district has also spent the past decade working to develop better relations among staff and students. In 2007-08, records show there were more than 500 suspensions at Malverne High, which had a total of 500 students at the time. There were just three suspensions in 2017-18, Hunderfund said.
“It used to be an everyday thing,” he said. “That was a growth factor for us, because the old-school mentality was, if a kid looked at a teacher the wrong way, they’d get thrown out instead of finding out what was going on.”
The district is now exploring how to become more inclusive. “We embraced this philosophy of multiculturalism, and these kids became our family,” Hunderfund said. Then, referring to the school’s colors, he added, “The phrase is, we bleed blue and orange, and the truth is, that’s the unifying factor.”

Scott Brinton contributed to this story.
Report an inappropriate comment