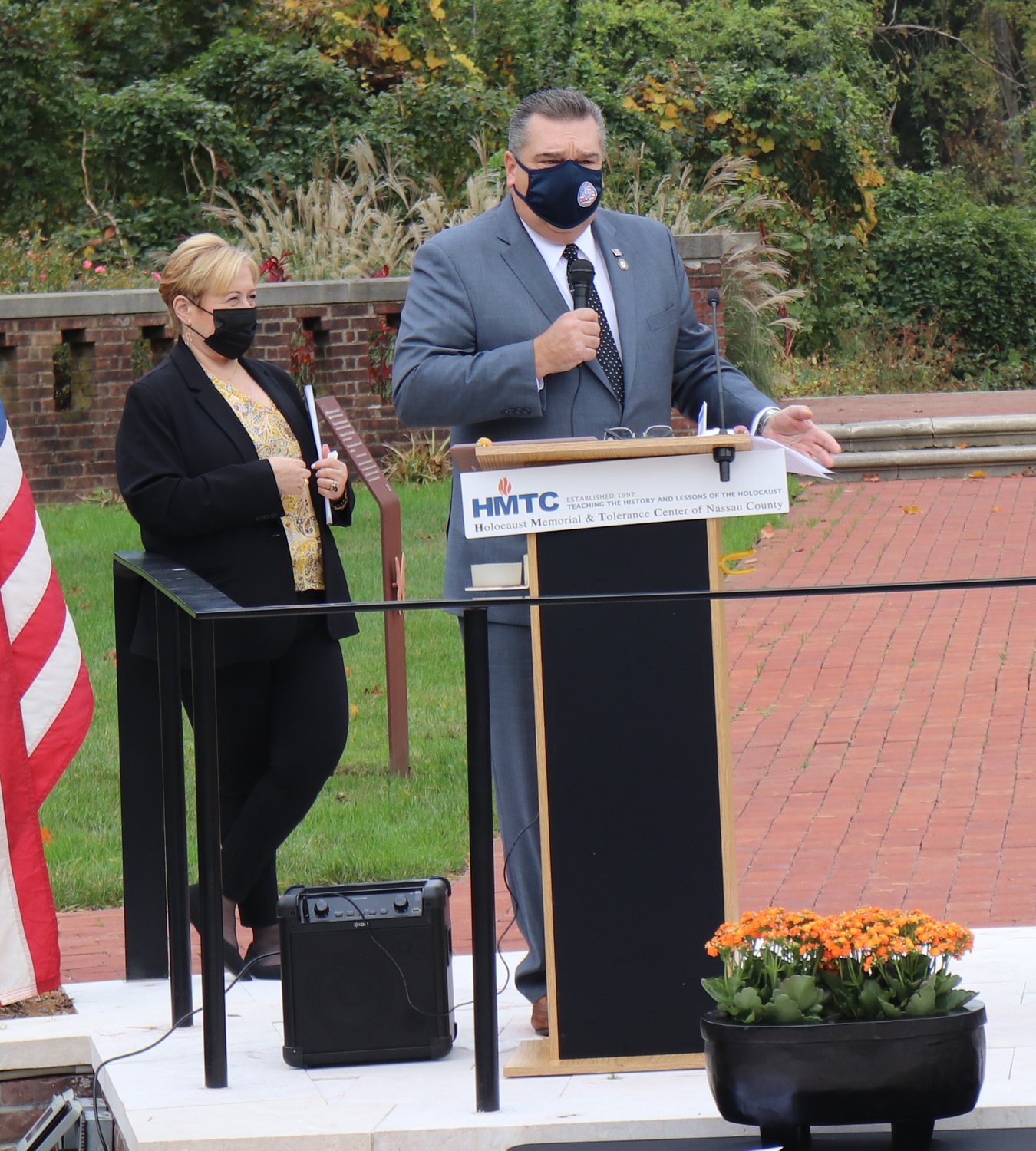 Calling for, aiding or justifying the killing or harming of Jewish people in the name of a radical ideology or an extremist view of religion.

Denying the fact, scope, mechanisms (such as gas chambers) or intentionality of the genocide of the Jewish people at the hands of National Socialist Germany and its supporters and accomplices during World War II (the Holocaust).

Accusing the Jewish people as a people, or Israel as a state, of inventing or exaggerating the Holocaust.

Accusing Jewish citizens of being more loyal to Israel, or to the alleged priorities of Jews worldwide, than to the interests of their own nations.

Denying the Jewish people their right to self-determination by claiming that the existence of a State of Israel is a racist endeavor.

Applying double standards by requiring of it a behavior not expected or demanded of any other democratic nation.

Using the symbols and images associated with classic anti-Semitism (for example, claims of Jewish people killing Jesus or blood libel) to characterize Israel or Israelis.

Drawing comparisons of contemporary Israeli policy to that of the Nazis.

Holding Jews collectively responsible for actions of the State of Israel.

“The City Council will ensure that the IHRA’s working definition of anti-Semitism is available as an educational resource for the police department and other agencies responsible for addressing anti-Semitism and other forms of discrimination,” said City of Glen Cove Mayor Tim Tenke.

Glen Cove is the first municipality in New York state to adopt this working definition, said Andrea Bolender, chair of the Holocaust Memorial and Tolerance Center of Nassau County in Glen Cove, which, in a meeting initiated by the American Jewish Committee, had requested that the city adopt the definition.

The working definition of anti-Semitism from the IHRA reads as followed:

“Antisemitism is a certain perception of Jews, which may be expressed as hatred toward Jews. Rhetorical and physical manifestations of anti-Semitism are directed toward Jewish or non-Jewish individuals and/or their property, toward Jewish community institutions and religious facilities.”

As anti-Semitism is on the rise, Bolender said, it’s especially important to take a leading role in combating it. At the Nov. 17 Pre-Council meeting, Tenke brought up some current statistics from the American Jewish Committee surrounding anti-Semitism, such as the fact that nearly half of American adults are unfamiliar with the term “anti-Semitism” and 82 percent of Jewish adults believe that anti-Semitism has increased over the past five years, while only 43 percent of the general population does.

“Seventy-two percent of the general public says it makes no difference whether a Jewish person or organization considers an incident anti-Semitic and lastly 37 percent of Jews have been targets of anti-Semitic incidents over the past five years, yet three-quarters did not report it to authorities,” Tenke said. “So, we really want to make sure that people understand what that means, especially in these times.”

Several countries have adopted the IHRA’s definition of anti-Semitism, Bolender said, including the United Kingdom, Israel, Austria, Romania and Germany. The U.S. State Department also began using the working definition in 2016 and the U.S. Department of Education has adopted the definition for domestic use.

Councilman Gaitley Stevenson-Mathews said that he is hoping that Glen Cove, as the first municipality to adopt the working definition in New York, inspires other municipalities to do the same.

Stevenson-Mathews added that the resolution should include how proud the city is to adopt this definition.

“We could be a leader and the fact is that we have the Holocaust Memorial and Tolerance Center in our city limits,” Tenke said,

Time last year, the Holocaust Memorial and Tolerance Center of Nassau County was subject to acts of vandalism. “This ugliness may be able to be physically cleaned off . . .  the hurt and fear will remain,” then HMTC Chairman Steven Markowitz said in a news release at the time.

This working definition should give the Glen Cove Police Department and other departments within the city a reference on how to identify anti-Semitic crimes. “When you’re looking at a criminal activity or a swastika that’s drawn or wording, [the definition] gives people a guide post on whether it’s anti-Semitic or is it not anti-Semitic,” Bolender said.

“We’re proud that Glen Cove, which is probably one of the most diverse communities on Long Island, was so willing to work with us,” she said.

Ronny Reyes contributed to this story.