‘A place to grow up and grow old’ 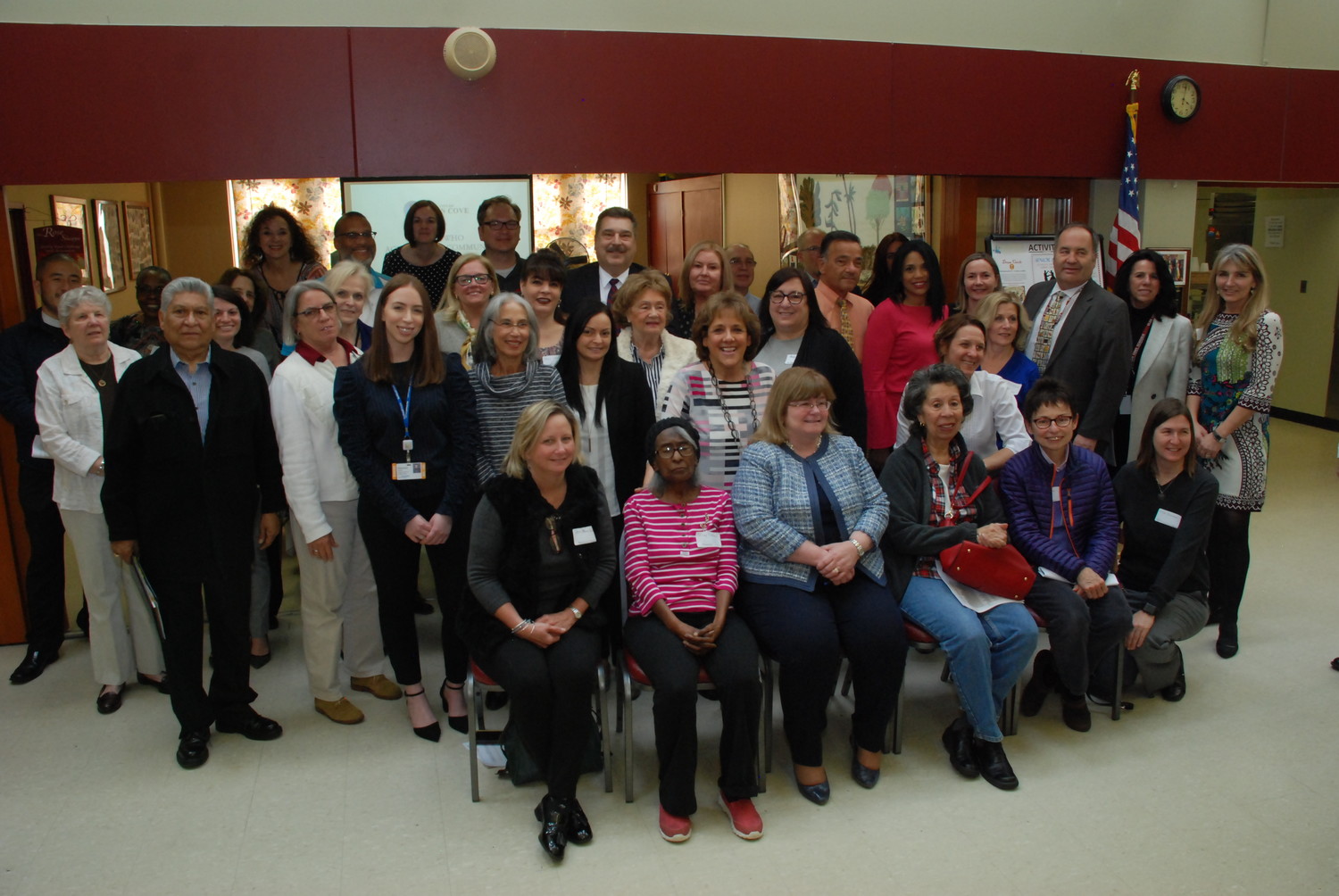 Members of the Age Friendly committee met on April 12 to discuss how to make the most of the city’s new designation.
Zach Gottehrer-Cohen/Herald Gazette
What issues affect both the old and the young?

Ron Roel, who has spent years thinking about intergenerational issues, said that baby boomers’ problems and millennials’ problems are, more often than not, unexpectedly similar.

Transportation — both are less likely to own cars.

Housing — both are more likely to be satisfied with smaller living spaces for less money.

Mental health — both are at risk of developing depression and suffering from loneliness.

Pedestrian infrastructure — bumps and curbs without cutouts can be problematic for wheelchairs, walkers and baby strollers alike.

The city's livability
By Zach Gottehrer-Cohen

“The earth is tilting,” said Carol Waldman, the Glen Cove Senior Center’s executive director. “In another two decades, there will be more older people on the face of this earth than younger.” According to a 2015 U.S. Census report, by 2020, “people aged 65 and over will outnumber children under age 5 . . . for the first time in human history.”

Some might focus on the challenges posed by such a seismic demographic shift. Waldman called it “a huge opportunity for [the City of Glen Cove] to do some incredible things.”

In anticipation of the population’s impending inversion of young and old, Glen Cove applied in November to be designated an “Age Friendly” city, a designation bestowed by the senior citizen advocacy group AARP in conjunction with the United Nations’ World Health Organization.

In February, the application was granted, making Glen Cove the third municipality in Nassau County — after Great Neck Plaza and North Hempstead — to earn the accolade.

The city’s Age Friendly committee held its first full meeting on April 12 at the Glen Cove Senior Center, officially accepting the challenge the AARP issues to recipients of the designation to “actively work toward making their town, city or county a great place for people of all ages.”

A committee that meets at a senior center to discuss an AARP designation might be expected to focus on one age group, but in this case, the city’s younger constituency was well represented by officials from the school district, the Youth Bureau and the boys’ and girls’ clubs.

According to Waldman, being an Age Friendly city means making Glen Cove a good place in which to both grow up and grow old. And according to resident Ron Roel, an expert in intergenerational issues, it’s not that hard to find ways to do both at once. He noted a development strategy called universal design, which aims to create public facilities that can be used by people of all ages and abilities. It is an offshoot of the Americans with Disabilities Act, and includes innovations like doorways wide enough to fit both wheelchairs and baby strollers.

“This isn’t just a senior center initiative,” said Mayor Tim Tenke, who attended the committee meeting. “This is for the whole community.” He emphasized the city’s recent approval of a new temperature-control system for the senior center, and a $59,000 grant to purchase a new accessible loop bus, which would enable people without cars to easily travel among the city’s neighborhoods and amenities.

The next step is to come up with an action plan to improve the city’s “livability indices,” which the AARP compiles to rate things like an area’s health care access, social engagement and transportation. Glen Cove’s “livability average” is on par with the rest of Nassau County, though its environmental score is much higher and its transportation and “opportunity” scores are lower. According to the AARP website, however, the Age Friendly designation is less about a municipality’s current situation and more about its commitment to doing better in the future.

Waldman said that committee members were already generating ideas. She mentioned creating a park within a park for people with cognitive disabilities, whether children with autism or seniors with dementia. An enclosure would give their caregivers peace of mind, and the park could be designed to accommodate their special needs.

Another idea, which would lend itself to the city’s “engagement” index, is a time bank, which would basically turn small favors for others into currency that residents could “buy” their own favors with. “We all have such tremendous value inside of us,” Waldman said, and a time bank could help the city make the most of its human resources.

The area in which Glen Cove needs the most improvement, according to the AARP’s livability index, is housing. The Herald Gazette recently reported on the city’s limited number of rentals, which has an impact on seniors living on fixed incomes and on people of all ages who rely on Section 8 rental vouchers. Any Age Friendly action plan would have to address the issue, and Waldman is getting a head start. “We’re looking at the idea of taking some of the houses that have been neglected,” she said, “and maybe in one or two instances, as a pilot program, creating affordable housing with them.” She acknowledged that that would be a long process, with at least two years of legal preparation, and that a commitment was still a long way off.

At this point, committee members plan to review the materials that AARP provides to all new Age Friendly designees and form working groups to focus on the issues most in need of attention.