Many Glen Cove residents still without power days after Isaias 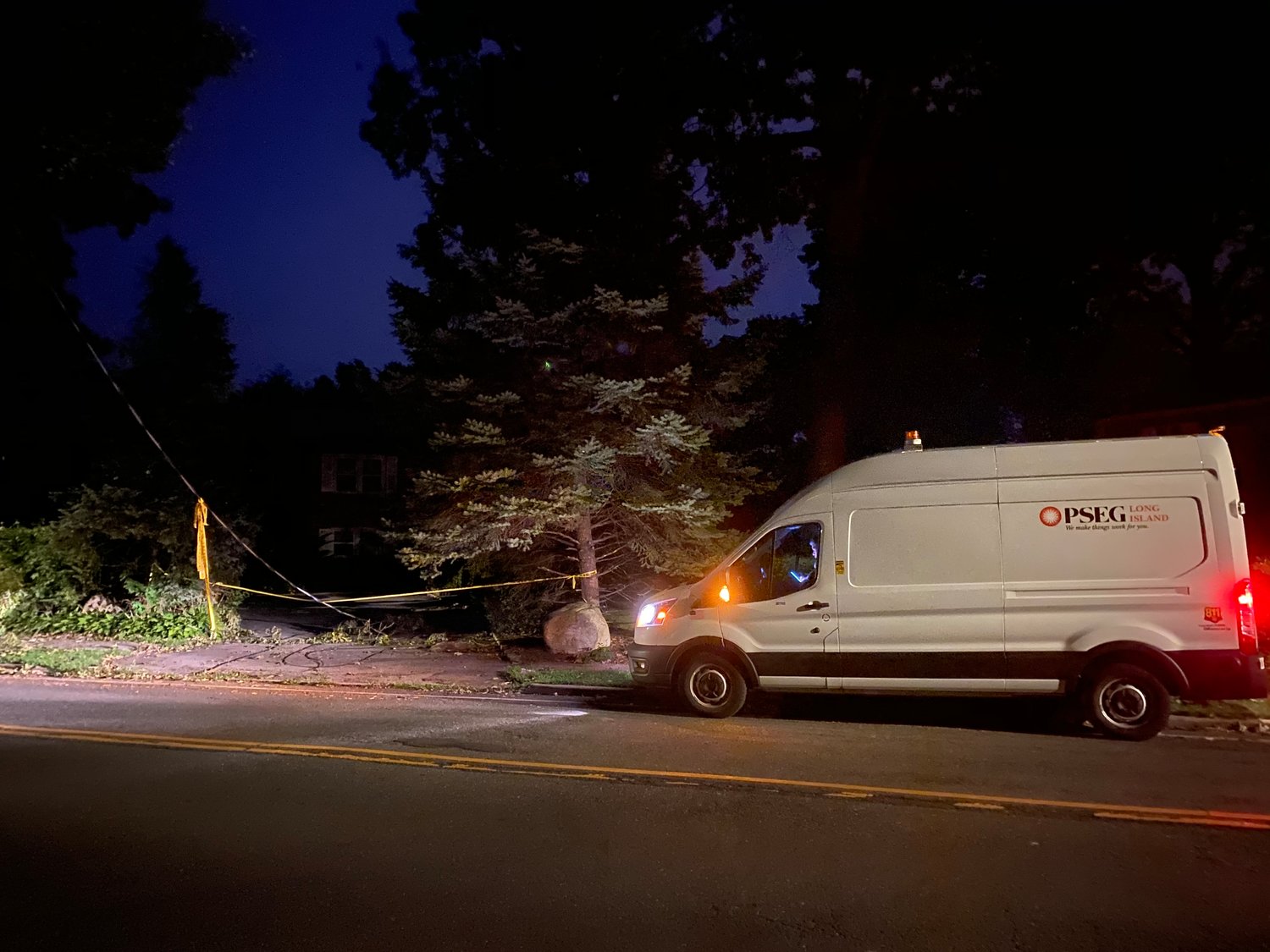 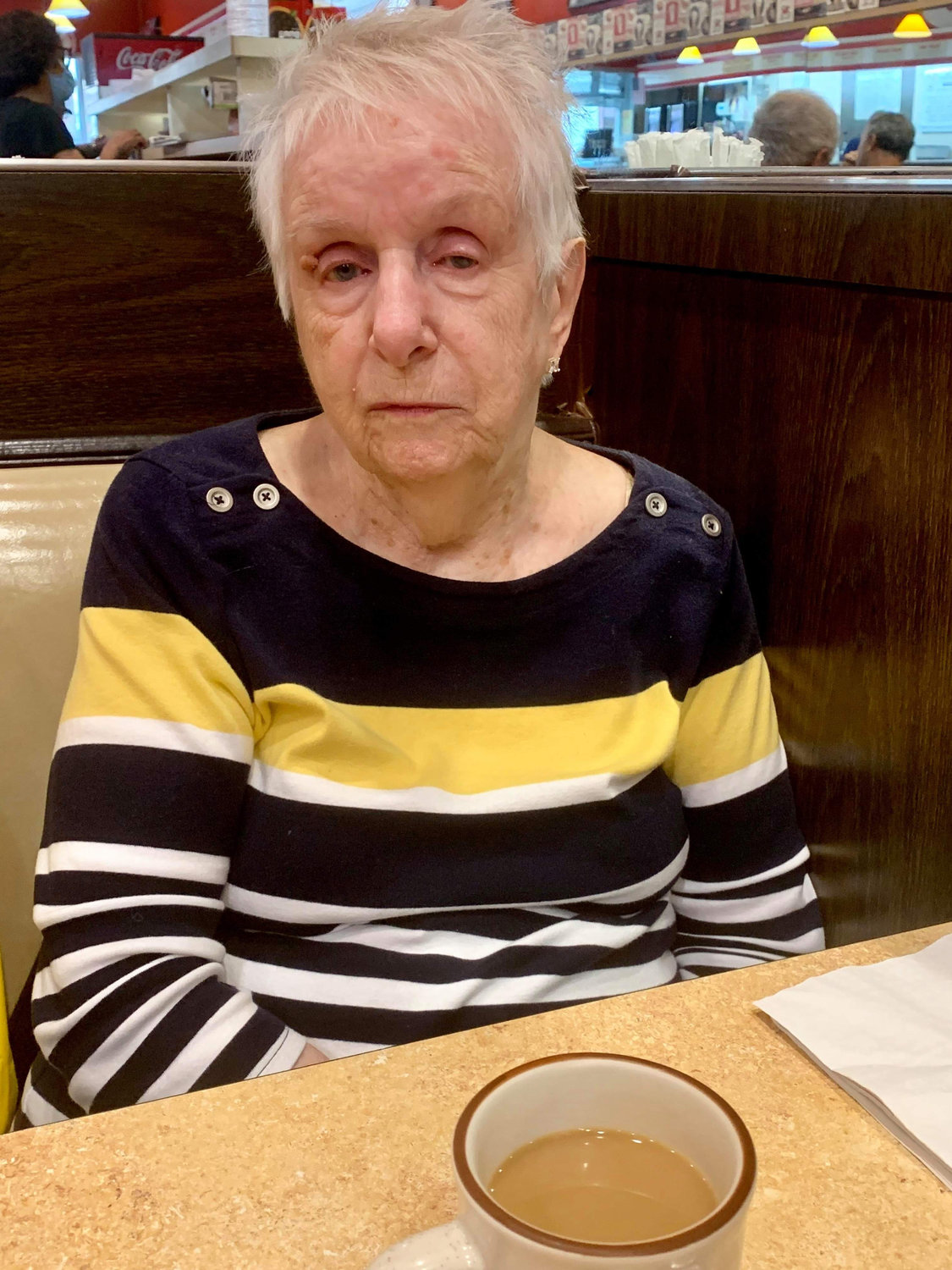 Doris Rykowski, 87, has been eating at Henry’s Confectionary for the past few days with her family because she cannot cook at home due to a lack of electricity.
Courtesy Mitchell Schlimer
Previous Next
By Jennifer Corr

The sound of generators echoed through the night on Thursday as many Glen Cove residents are still without power days after Tropical Storm Isaias felled trees and power lines across the island.

And after days of no electricity leading to no air conditioner, useless refrigerators and an inability to brew coffee in the morning, many Glen Cove residents and officials are fed up.

“There’s a lot of people in Glen Cove without power, quite a few, and there’s still extensive damage,” said Glen Cove Police Department Chief William Whitton, who is still without power himself as of Thursday evening. “There’s trees down everywhere. PSEG, in my opinion, should be ashamed of themselves. Their response to this storm has been abysmal. I’m completely and thoroughly disgusted by them.”

Despite seeing no damage on his block, Glen Cove resident Mitchell Schlimer, who lives on Harwood Drive, East, said he remaind without power on Friday morning. He is especially concerned for his 87-year-old mother-in-law, Doris Rykowski, whom he took to Henry’s Confectionary the day before to cool down and “get a peace of mind.”

He said that his family has been going there to eat since the storm because there is no way to cook at home.

“My mother in law who lives with us is really suffering,” Schlimer said. “Areas like Glen Cove and streets like Harwood Drive, East with no damage at all is out for four days and counting and we’ve never seen a PSEG truck anywhere while streets around us have electricity. My wife and especially my 87-year-old mother-in-law are really suffering, especially when it gets dark.”

According to PSEG Long Island statistics, there were an estimated 4,645. The estimated restoration time, at press time, is Aug. 9 at 8: 15 a.m.

City of Glen Cove Mayor Tim Tenke addressed the power outages and resident concerns on social media Thursday evening. “The prolonged lack of power and communication creates a situation that needlessly imperils the well-being of City of Glen Cove residents,” Tenke said in a letter addressed to Daniel Eichhorn, president and COO of PSEG Long Island that he shared with residents on Facebook. “The protracted failure to address power outages has critically, and unnecessarily, strained our water distribution system and threatened our water supply. While our Public Works crews work around the clock to clear dangerous debris, they are prevented from clearing certain areas because of the continued and unabated presence of downed electrical wiring.”

One of those downed electrical wires was still present on Dosoris Lane Thursday night, with a PSEG LI vehicle parked next to it, warning those walking down the street to cross over to avoid it.

Certain streets off of Dosoris Lane, including a part of Seaman Road, where Glen Cove resident Alexander Papas lives, was still out of power on Friday.

“PSEG just told my wife the tree crew won’t be able to remove the tree on the power lines [causing the neighborhood’s outage] for 24 to 48 hours still,” Papas said. “Thankfully my parents have power across town. We’ve been going there to clean up and hang out. My wife Julie has power again at her shop, ClayNation, so that’s okay. My business has power as well finally.”

The tree was removed Friday afternoon.

Papas said that while he’s frustrated with the situation, he believes that PSEG workers are doing the best they can. “It’s summer,” Papas said. “The beach is open. Could be worse timing to be out of power for a few days.”

Glen Cove resident Emily Berrios, who lost her power until late Thursday evening, said that she does not blame PSEG field workers and customer service representatives for the continued outage that caused her to take paid time off for her currently remote job. On Thursday she even had to drive to her boyfriend that lives in Queens in order to work.

She did say, however, that she was disappointed in the execution of the plan that PSEG had in place.

“Whether PSEG forecasted the storm properly or not, they were completely and totally unprepared to respond to an event like this and God forbid something worse,” Whitton said. “Even after Sandy, there was major response and that was catastrophic. But this? Something needs to happen.”

On Aug. 4 PSEG LI released a statement saying that crews were “working around the clock to restore outages from Tropical Storm Isaias, which was one of the strongest to hit the service area in years.”

“Damage was severe, and some outages could last for an extended period” the statement read.

But many officials and residents are not satisfied, as many homes are still in the dark.

“Today my colleague Assemblyman Fred W. Thiele, Jr. and I called on LIPA – the oversight authority over PSEG – to do their job and investigate PSEG Long Island’s failed response,” Senator Jim Gaughran shared on social media on Thursday. “I am glad to see LIPA has heeded our demands for immediate action. There is no time to waste… if LIPA doesn’t hold PSEG’s feet to the fire, you can be sure I will. Numerous questions remain and customers deserve answers. But first, get lights on.”

Tenke said in his letter that he is willing to shift focus from the past and to work with PSEG LI to restore power to Glen Cove.

Whitton is asking residents to call the GCPD at (516) 676-1000 if they know of someone who may need help during this time or if a down power line presents potential dangers.