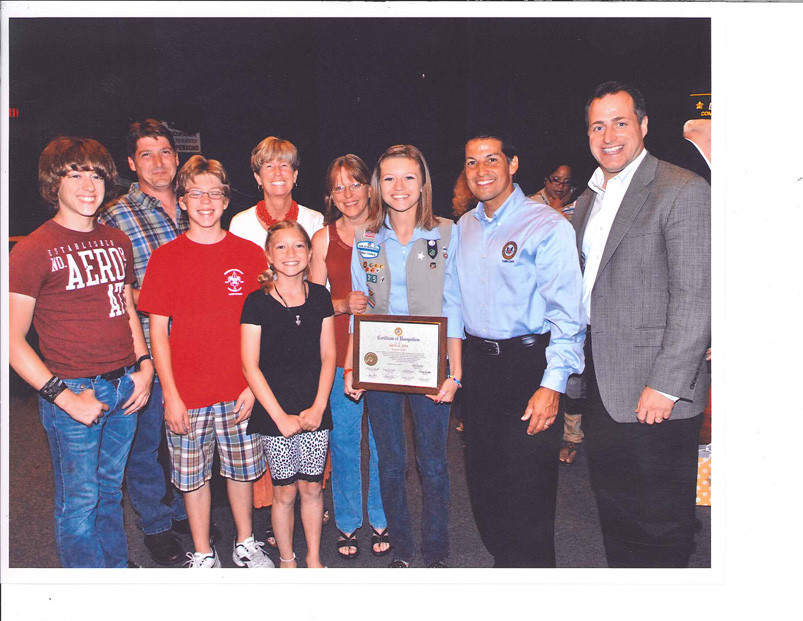 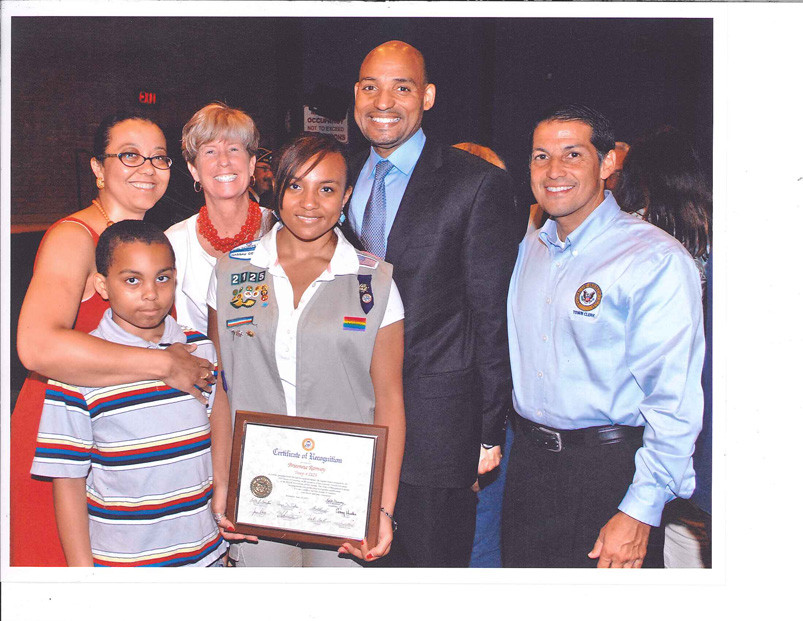 Ramsey’s work preserving the history of a local one-room schoolhouse began after she discovered the fascinating historical structure had stood quite recently in Hempstead. Ramsey conducted further research into the historic schoolroom and decided to make an attempt to restore it her Gold Award Project.

Although legal issues would prevent Ramsey from carrying out her plan to the letter, the adaptations she made to accommodate these obstacles were fascinating as well. She quickly adapted her idea to the situation and used the money she had already raised to set up what she referred to as a “Walking Museum” instead of attempting the out-and-out restoration she’d originally planned. Ramsey traveled to several elementary and middle schools in the area and taught students about education in the 1800s — augmenting her presentation using the artifacts and historical textbooks she obtained from the schoolhouse.

Ramsey also made provisions in the event that other students wanted take up the project she had started after her graduation. “I held fundraisers which will be going to an endowment fund,” she explained, “so student volunteers can continue the Walking Museum.”

In addition to her community action work, Ramsey also participated in the Malverne High School marching band and science research and science Olympiad clubs. In the fall, she intends to study biology at Virginia Commonwealth University.

Another Gold Award recipient, and Ramsey’s classmate, St. John, was also active in school, attending meetings as a member of the National and Tri-M Honor Society while serving as captain of the varsity softball team.

Despite her busy schedule, St. John, who will be entering Molloy College in the fall, also found the time to complete a minimum of 65 hours of community service toward her Gold Award.

St. John’s service centered on the fight against Alzheimer’s disease and her “For the Memories Forgotten” project derived from her family members’ personal experience with the disease. As a way of informing people about Alzheimer’s, St. John set up a softball tournament at a local park, encouraged community members to come out and play and raised funds for the cause while spreading information about the physical and mental effects of Alzheimer’s. St. John created posters for the occasion and even secured the presence of a representative from the Long Island Chapter of the Alzheimer’s Association, who spoke and answered questions at her event.

As a reward for their service and accomplishments, St. John and Ramsey were recognized last month at the Girl Scouts of Nassau County ceremony. The girls were honored with certificates of achievement, which were presented by Nassau County Executive Edward Mangano at the Theodore Roosevelt Legislative Chamber in Mineola. They also received a citation from Hempstead Town Clerk Mark Bonilla and from Malverne Mayor Patricia McDonald during the monthly Village Board of Trustees meeting in July.