Group home residents remain under strict restrictions as parents fight Gov. Cuomo to ease what they see as a lockdown 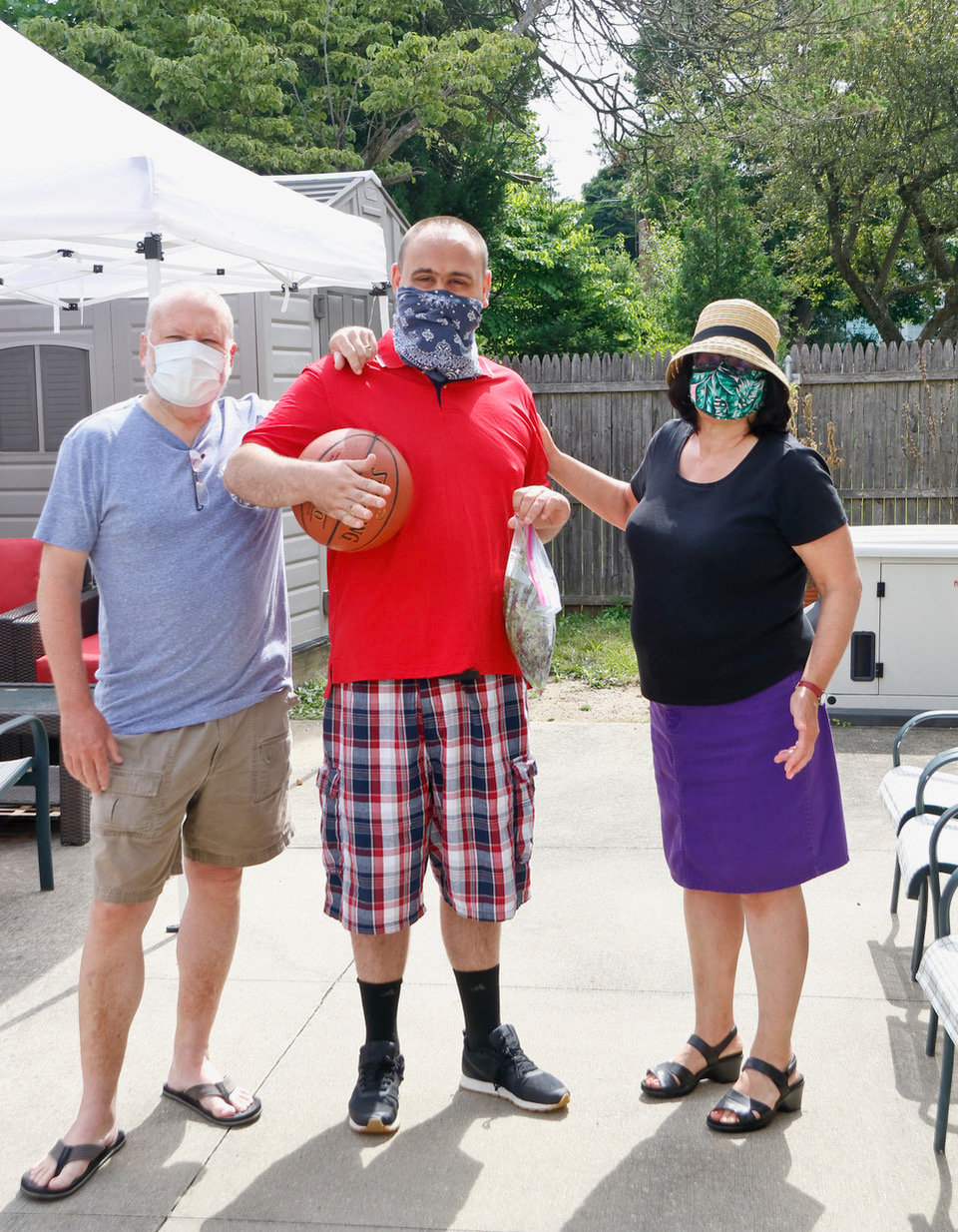 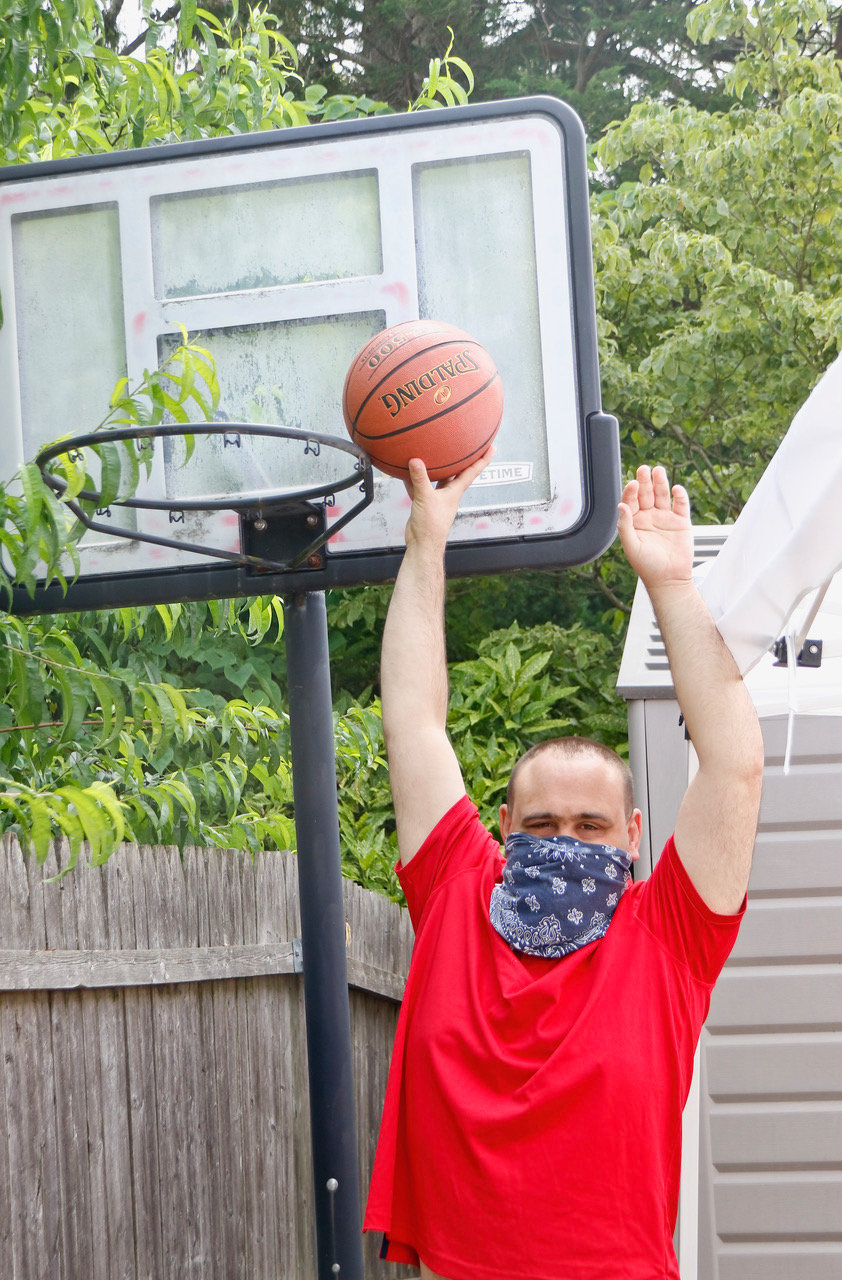 Christina Daly/Herald
Previous Next
By james bernstein
By James Bernstein
jbernstein@liherald.com
On Father's Day this year, Dan Mulvaney used his iPaid to tap out a note to his mother in Long Beach: "How long until I'm free...unfair...I'm ok. Ask state. So tired of lockdown...make change for all."
If Mulvany feels as though he is not free, many agree with him. A strapping 32-year-old with a warm smile, Mulvaney is autistic, and lives with three others in a group home in Baldwin. Since the coronavirus pandemic, he and all the others in homes for the developmentally-disabled on Long Island and across the state, have been living under strong restrictions, their relatives say.
Only since Father's Day weekend have the group home residents been allowed to receive visitors, for 30 minutes only, Before, no visits were allowed, and the residents were permitted outside only in the company of an aide, for a walk down the block.
What angers Mulvaney's parents, Jim and Barbara Mulvaney, long-time Long Beach residents, and the parents and relatives of other residents, and advocates for them, is that Gov. Andrew Cuomo has relaxed coronavirus restrictions on day camps and released thousands of prisoners over fears of the Covid-19 virus. But tough restrictions remain in effect for the group homes in Long Island and in New York State.
"He's mad at the world," Jim Mulvaney, a Pulitzer Prize winning investigative reporter and now a professor at John Jay College of Criminal Justice, said of his son. "He's bored to tears. Once a day, he is allowed to walk down the block accompanied by an aide."
Mulvaney's mother, Barbara, a journalist and author, said she considers her son to be "under modified house arrest - because he has autism and lives in a group home not because he is a criminal."
On Monday, relatives had hoped that Cuomo would ease restrictions on group home residents. But the governor made no mention of group homes during a press conference.
Dan Mulvaney came down with coronavirus in late March, and so did one other member of his home. He was quarantined to his bedroom, where he remained for two weeks, with his meals delivered to his room. His parents were not allowed to visit him.
"It broke my heart." Jim Mulvaney said, in an interview on his porch, overlooking Reynolds Channel. Dan Mulvaney fought the disease for two weeks, and has since completely recovered as has his roommate. Dan Mulvaney has lived in the group home for about 10 years. He was born in Mexico City, where his father was based as a Newsday correspondent. His development was on target until he was 3, whe he stopped speaking and withdrew into a world of his. Doctors at the prestigious Yale-New Haven Hospital recommended he be institutionalized, Mulvany said. Thje family refused to consider it.
He attended a special school in Smithtown, traveling there by bus from Long Beach. He later went to Long Beach schools, but was kept in a chair in the hallway. He finally found his way to the group home.
The Mulvaneys and other parents and relatives voice strong support for the group homes themselves, saying they are well run and well-staffed. They reserve their total dissatisfaction and the agency oversees the homes, the Office of People with Developmental Disabilities.
"Shame on them and on Gov. Cuomo for blatant discrimination," Fischkin wrote in a Facebook post.
A few weeks ago, about 100 parents and relatives staged a protest outside the OPWDD in Hauppauge, calling for an easing of restrictions. There are 325 group homes in Nassau County, housing 1,952 residents. In the state, 6,917 homes house 34,876 residents.
Jennifer O'Sullivan, a spokeswoman for OPWDD, said in a statement that "Families of people with developmental disabilities were able to resume visits with their loved ones in participating group homes all across New York State as of Friday, June 19/ OPWDD continues to work with the NYS Department of Health on reopening steps that will safely include in-person services, home visir, and community outings.
"We understand and hear the frustration and concern from families, and we want to assure them that OPWDD’s number one priority as New York takes steps to return to a ‘new normal’ continues to be ensuring the health and safety of the people we support,” her statement said.
But all Lloyd Groveman of Old Westbury knows is that the restrictions have been hard on his son, Jack, 18, who is autistic and lives in a group home In Lido Beach.
"He doesn't understand the concept" of the restrictions, Groveman said. "It is cruel and unusual circumstances." Groveman said that in the months of the pandemic, he has been able to see his son only twice. When he did see his son, Groveman said, "He would run to the window. He was happy to see us. He wants to leave" the house.
Maria Lucia Taravella, of Broooklyn, took her son, Mario Palmeri, 32, who has Down's Syndrome, out of the Baldwin group home when the pandemic began growing. "The house is very good," she said. "The staff is great. But I thought I could take better care of him." They both got sick with Covid-19 and both have recovered. Mario is back at the group home. Why does she think the group home residents remain under strict lockdown?
"I think they are forgotten," she said.
On Father's Day, Dan Mulvany handed his dad a card. "To the Dad who can fix everything," it read. The elder Mulvaney wiped a tear from his eye.
"I fixed a lot of things over the years," he said. "But I haven't been able to fix this."
Report an inappropriate comment