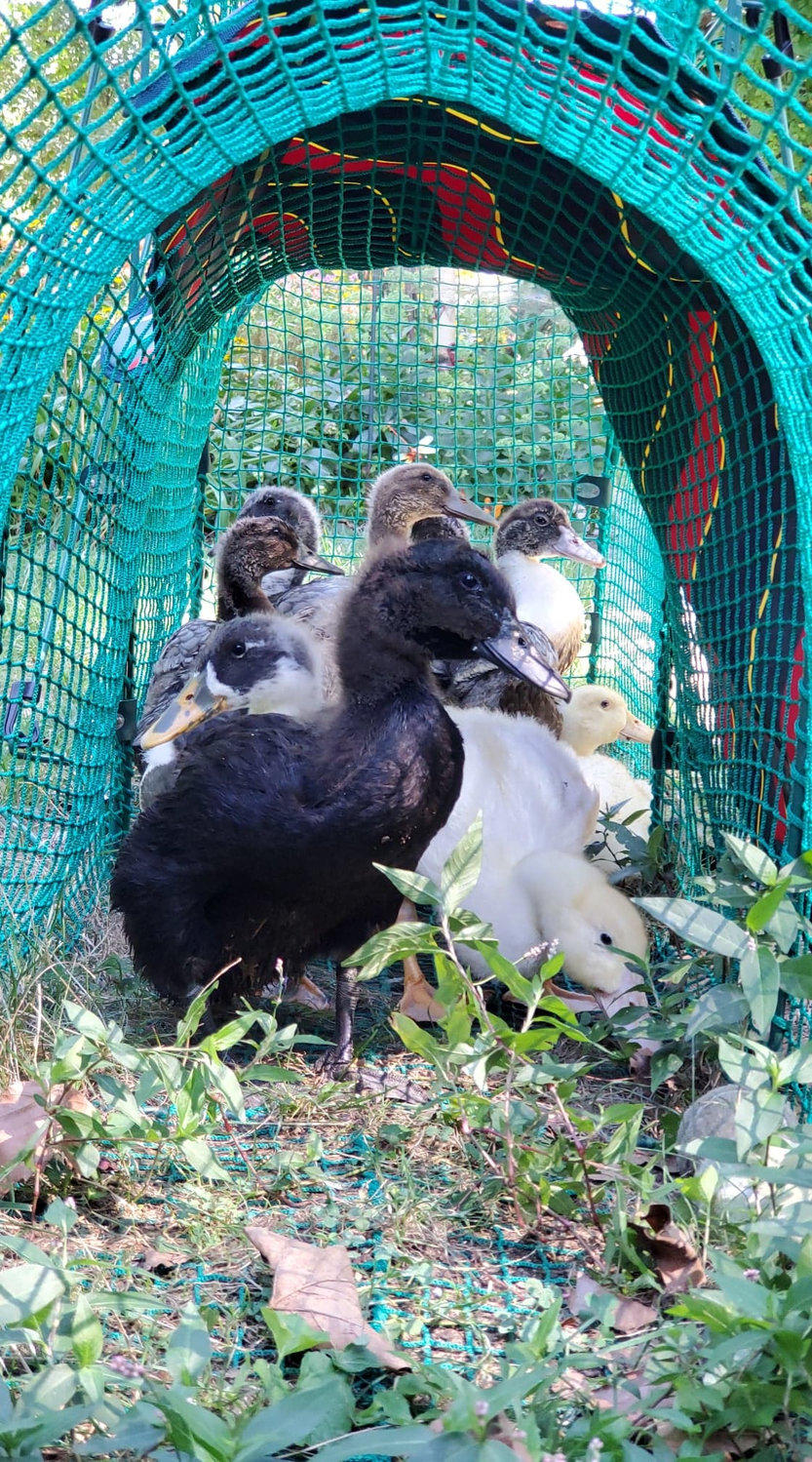 More than 100 domestic ducks were rescued in the Town of Hempstead last year, including about 75 in Baldwin. Most pictured above were rescued from Baldwin Harbor.
Courtesy John Di Leonardo 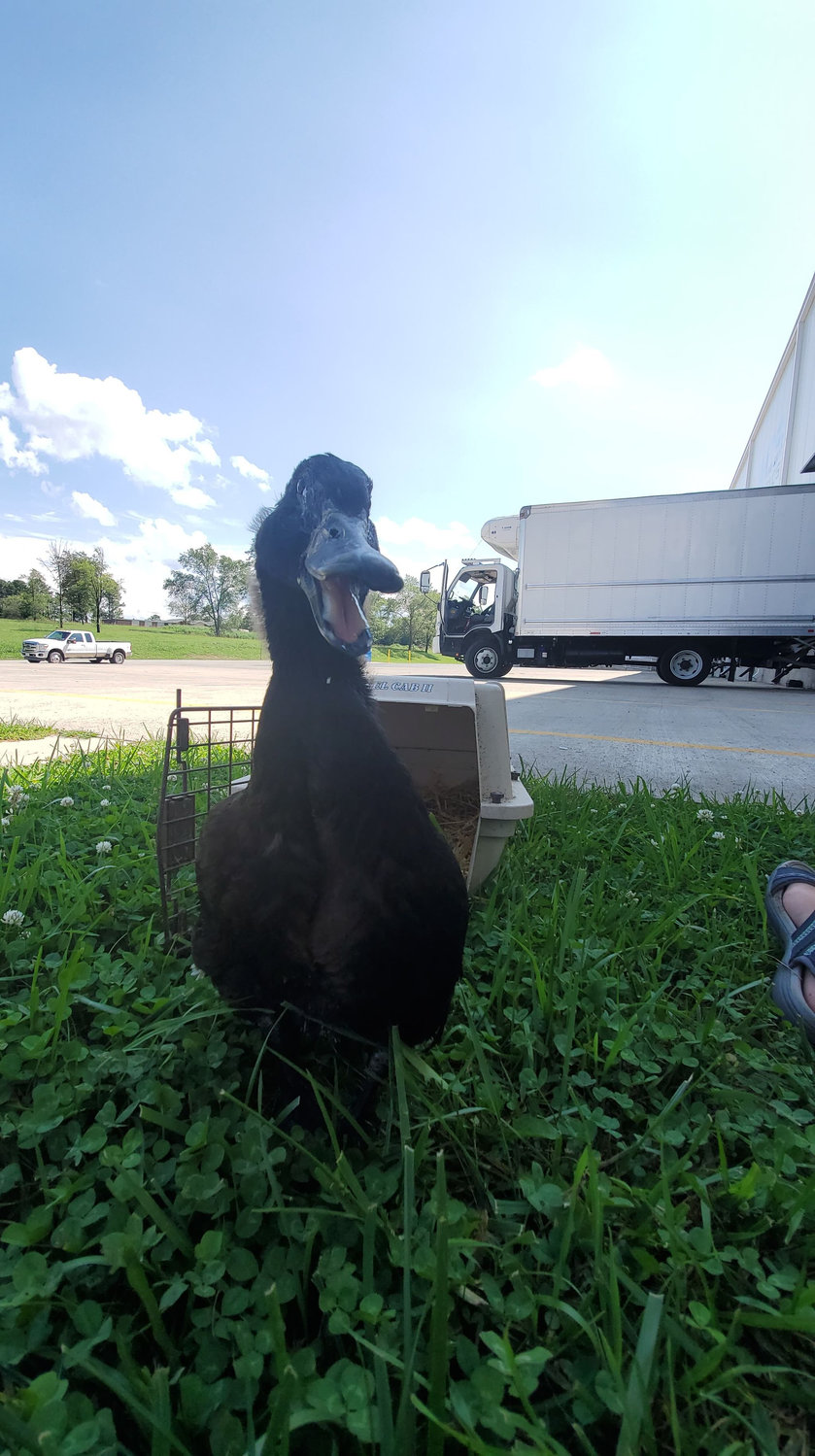 A cayuga/runner mix that was suffering from wry neck, a niacin deficiency, angel wing and a bacterial infection in her eye was rescued.
Courtesy John Di Leonardo 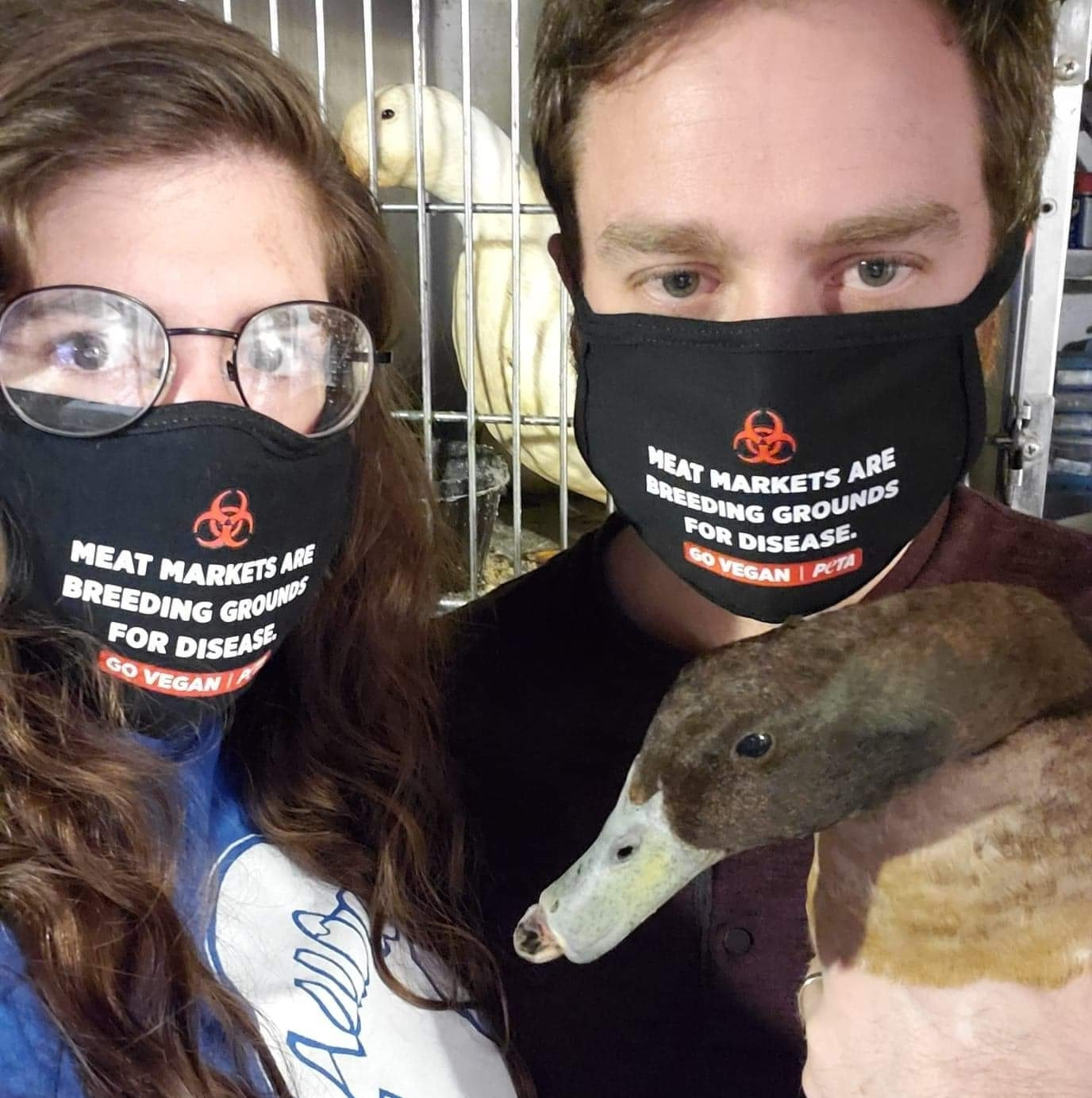 It’s a big problem all over, but in 2020, Baldwin was the big hot spot for us.”
John Di Leonardo, President, LION
By Bridget Downes

With spring less than four weeks away, the domestic duck dumping season has begun in the Town of Hempstead.

Activists with Long Island Orchestrating for Nature, also known as LION, an animal advocacy nonprofit, rescued more than 100 domestic ducks that were abandoned in the township last year, including about 75 in Baldwin.

“It’s a big problem all over, but in 2020, Baldwin was the big hot spot for us,” said LION’s founder and president, John Di Leonardo, an anthrozoologist and a licensed wildlife rehabilitator. “We always rescue some birds in Baldwin, but we never hit that type of number before.”

And there are still more domestic ducks out there that activists plan to rescue.

In Hempstead, it is illegal to keep waterfowl, and statewide, it’s illegal to abandon them. Despite this, new domestic ducks appear locally every year.

Additionally, the problem has gotten worse since the onset of the coronavirus pandemic, Di Leonardo said, because many people have taken part in home hatching projects to keep their children busy.

“Domestic ducks are thinking, feeling individuals, not school science experiments, Easter props or objects to be discarded like trash,” Di Leonardo said. “Abandoning domestic fowl is cruel and illegal and no different than abandoning a dog or a cat. When they’re abandoned to fend for themselves, they often freeze to death, starve or are killed by predators, as they lack the skills to adequately forage and the ability to fly or migrate.”

This is not only tragic for the suffering birds, he added, but also can be disastrous for local ecosystems.

When introduced into nature, non-native species can disrupt the natural ecosystem, which relies on the migratory behavior of wild ducks and geese, as well as the natural recovery period that comes with their absence, he explained.

Non-native species can also spread disease to the wild birds. When the domestic ducks and geese breed with wild birds, their offspring tend to be flightless as well, further disrupting the pond ecosystem and exposing the young to the same dangers as their domestic parents.

According to the National Park Service, invasive species often cause the loss of native biodiversity, noting that invasive animal species often start out as pets.

The duck breeds that LION activists have rescued from Baldwin in the past year include pekins, khaki campbells, runners, cayugas, rouens, anconas and magpies. Di Leonardo works to rehabilitate the ducks after they are rescued.

At Milburn Pond, most of the saved ducks were rescued from the basin by the waterfall, because they had fallen in and couldn’t fly out, Di Leonardo said. If not taken out, the ducks would either wash into the bays to the south or drown.

“Milburn Pond’s been rather quiet, but that doesn’t mean it’s not going to pick up again around Eastertime,” said Baldwin resident Alberta Bonner, who lives on the pond, “because that’s when people buy six chicks and ducks, and then they dump them in the park, so [it’s] every year at the same time.”

For years, Bonner has monitored the basin with a six-foot net, donning her waders and saving the trapped ducks.

“The babies fall over, and then the parents don’t know how to get them out,” she said.

These days, the basin is closed, and parts of it have frozen.

Barbara Wesotski, who lives in Baldwin Harbor, said her neighbors had abandoned domestic ducks in the waters nearby her home.

The only instinct they have, she continued, is to mate, which causes them to multiply in the canal.

A couple months ago she began feeding about 30 domestic ducks that consistently hung out in the canal, spending about $100 a month on grain feed.