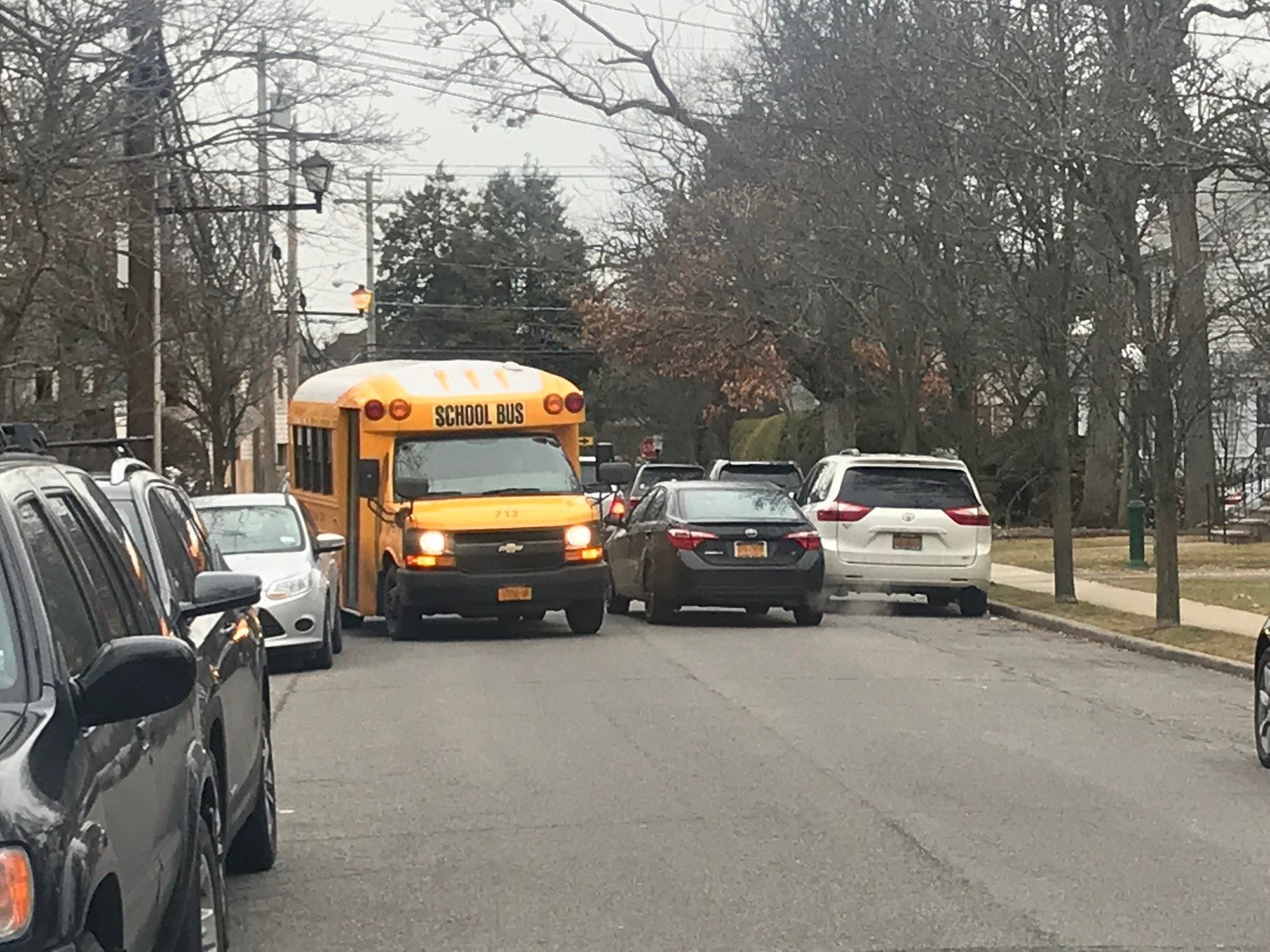 The Village of Cedarhurst has announced that beginning Monday, March 11 at noon, Grove Avenue will be one-way heading south from West Broadway to Broadway.

Village officials approved the change on Oct. 9, though the proposal received mixed reaction from residents at the meeting.

Motorists driving on the roadway that also intersects with Chestnut Street and Central Avenue are accustomed to swerving back and forth between parked vehicles and oncoming traffic, because of the narrow space.

The village hired R & M Engineering in June to conduct a traffic study. The results were submitted on Sept. 5, and the firm’s vice president, Wayne Muller, said Grove Avenue was monitored over two days in June during peak traffic times.

The conclusion was that transforming Grove Avenue to a southbound one-way street would be the best way to reduce the traffic congestion. Muller said that drivers who would typically use Grove Avenue north would have to adjust their routes to use either Locust or Prospect avenues. “Traffic, in some form or fashion is like water, it seeks its own level,” he said previously. “People will get to their desired location in the way they’re most comfortable.”

Cedarhurst Mayor Benjamin Weinstock previously said the village can’t reserve parking on the street for only Grove Avenue residents, and that in the past community members have opposed restricted parking, as it would make parking more difficult for them as well. “We felt that alternate side parking [another idea that was considered] would be a bigger punishment to residents than turning it into a one-way street,” he said.
Report an inappropriate comment