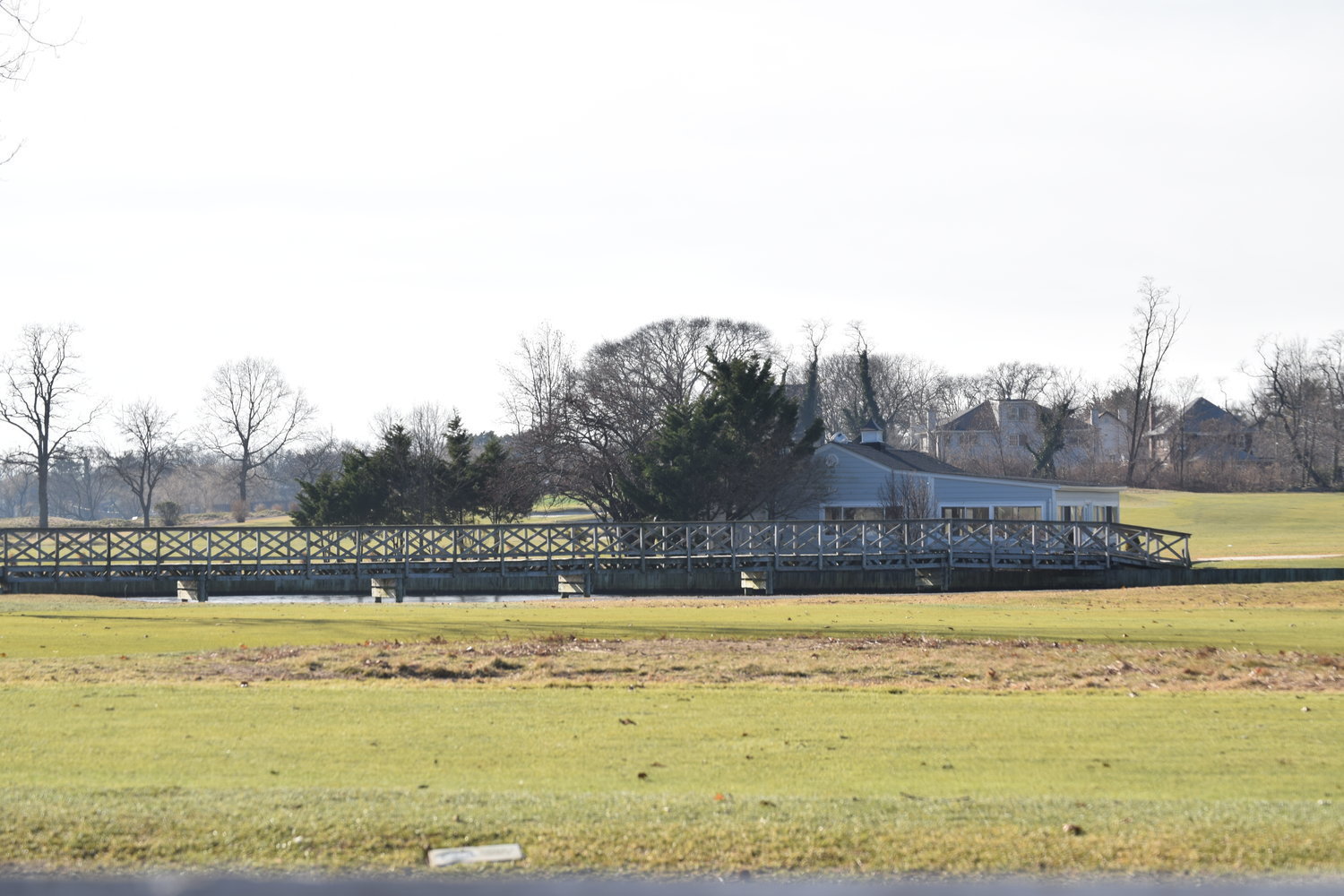 The owners of the Woodmere Club have filed a a $200 million federal lawsuit against the Town of Hempstead and the villages of Lawrence and Woodsburgh over the Coastal Conservation District that aims to inhibit the proposed development.

The district was created by an intermunicipal agreement between the town and the villages of Lawrence and Woodsburgh, with the stated goal of enhancing and maintaining the nearby coastal area’s natural resources. Woodmere, where a majority of the development would be built, is a hamlet within the town’s jurisdiction. The agreement was signed in June.

The new zoning district would divide the 118-acre Woodmere Club property into three “subdistricts.” An 83.3-acre parcel, or 70 percent of the site, would be designated an open space/recreation subdistrict. There would also be a single-family residential sub district of 29.4 acres, or 24 percent of the property, and a 5.7-acre clubhouse/hospitality subdistrict accounting for 5 percent of the land.

The current proposed Willow View Estates development from property owners, Efrem Gerszberg and Robert Weiss, who purchased the Woodmere Club in 2017 for a little more than $9 million, calls for 284 single-family homes to be built on 114.5 acres of club property. 247 of those homes would be within Woodmere’s boundaries, 24 in Woodsburgh and 13 in Lawrence.

Gerszberg and Weiss are claiming that the zoning is “restrictive” and applies only to their property as there is “no other similarly situated property” in the town and the new zoning is called “Coastal Conservation District – Woodmere Club.”

“[The] defendants intentionally included onerous and burdensome conditions and restrictions in their new zone that will triple the cost to develop these few lots (thus threatening their economic viability and rendering any supposed ‘value’ left for plaintiffs illusory),” the suit claims.

Gerszberg added that before the CCD was formed, they were able to build 284 homes on the property. “After the recently legislation that downzoned our property from 284 homes to 54 homes and illegally took for the public 80 acres of open space, we were forced to file a lawsuit in order to protect our property rights," he said. "We feel very confident in our case and are now looking for either a judgment against the tax payers of Hempstead, Lawrence and Woodsburgh in the amount of $200,000,000 for the loss of value of our land or a judge ordering the municipalities to approve our as of right 284 building lots."

The three municipalities declined to comment only saying it is an “ongoing legal matter.” Kevin McAndrew, a registered landscape architect for the Woodbury-based Cameron Engineering, hired by the town, Lawrence and Woodsburgh, explained why the Coastal Conservation District was necessary by saying the 284 single-family home proposal would significantly cause an uptick in traffic volume.

“There are over 2,700 daily trips taken in this area,” McAndrew said. “The volume of the added traffic with this proposal [284 single-family homes] would represent a 20 percent increase to the daily volume on Broadway. Under the municipalities’ proposed zoning, daily traffic would be reduced by 70 to 78 percent.”

The Five Towns Civic Association, the grassroots organization that grew out of several residents’ opposition to the development of the Woodmere Club, has previously endorsed the creation of the new district. Rena Saffra, a member speaking for the group, declined to elaborate on the pending lawsuit. “We have no further comment at this time,” she wrote in an email. “Our position remains the same as when the Coastal Conservation District was approved by all the municipalities.”

The lawsuit should result in the CCD being invalidated, according to Gerszberg. "We will develop our property after the conclusion of the lawsuit," he said. "We are prepared to litigate our constitutional rights all the way to the Supreme Court and have allocated the legal funds to do so.