Town of Hempstead opts out of marijuana sales 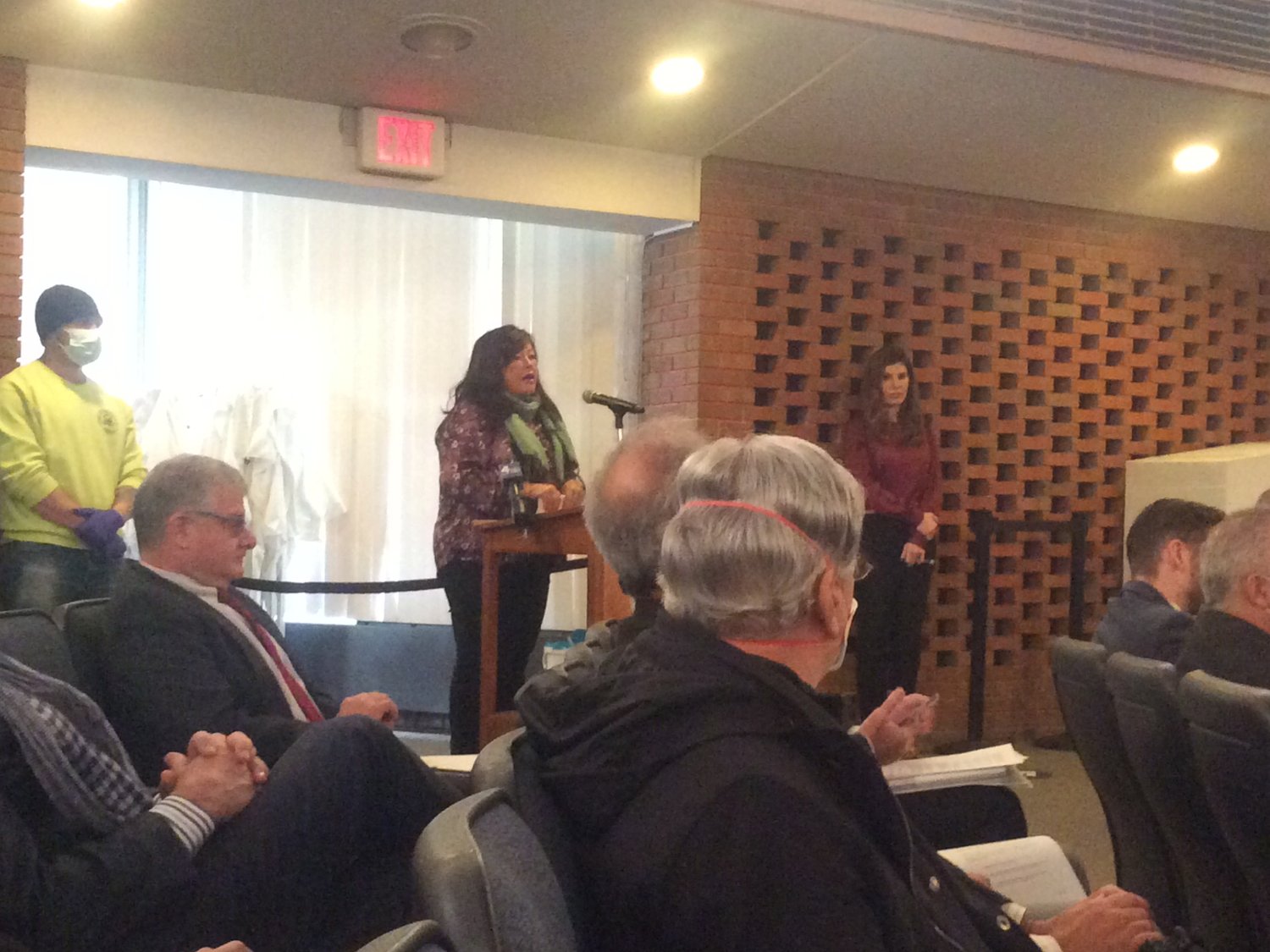 Ruthanne McCormick, of Rockville Centre, said she worries that young people would be attracted to retail cannabis shops.
Kepherd Daniel/Herald

Ruthanne McCormick, of Rockville Centre, said she worries that young people would be attracted to retail cannabis shops.”
By Kepherd Daniel

The Town of Hempstead Board voted Dec. 8 to opt out of a New York state law that will take effect next year allowing the sale of marijuana at local retail shops.

The 7-0 vote was much to the relief of local school officials who had called on the Town Board to ban the sale of the drug within Hempstead’s borders.

Among the school districts submitting letters to the town in favor of the ban were Baldwin, East Rockaway, Hewlett, Island Park, Long Beach, Lynbrook, Malverne, Oceanside and Seaford.

The town recently held a public hearing on the matter.

Alison Erickson, of Oceanside, who is project coordinator for the Oceanside Safe Coalition, spoke before the Town Board at the hearing, urging council members to opt out of the state law.

“I stand before you today as a resident of Oceanside representing the Oceanside Safe Coalition, but I’m also a mother and a longtime advocate for the safety of the youth in my hometown,” Erickson said. “It’s moments like this that we must recognize the responsibility that we do have as leaders and decision-makers, and our children do deserve to grow up in communities that are designed to protect them.

“With the local commercialization of marijuana,” she continued, “we do need to ask ourselves what message will this send to today’s youth? We have the ability to opt back in at any time. What is the rush to do so now when there are currently no regulations that could potentially keep our community safer or ensure that these products will stay out of the hands of children?”

Meanwhile, Jesse Bravo, of Oceanside, expressed support for the retail sale of marijuana. “They’re making this a process that is difficult for dispensary owners,” Bravo said. “If they move the wrong way, they are shut down, and that includes not advertising in front of your kids. We are addressing a market that is already here, whether you put dispensaries in your neighborhood or somewhere else, it’s still going to be brought in. If you opt in, people get to buy what they are already buying right now and in a safe manner. The amount of processing going in from seed to sale is insane.”

Ruthanne McCormick, of the Rockville Centre Coalition for Youth, said she was against the of the retail sale of marijuana in Hempstead, noting that the Village of Rockville Centre, under Mayor Francis X. Murray, recently opted out. “As shops had opened in anticipation of being able to get retail licenses,” McCormick said, “they had marijuana flags flying on Sunrise Highway, and it was attracting our youth. They were going there just to see this flag. We have seen firsthand in Rockville Centre the mental anguish that our youth are suffering, and many of them do turn to marijuana and other substances thinking that they can self-medicate and improve their health. We have seen it in the opposite direction.”

Sean Corbitt, of Island Park, said he supported the town opting in to retail sales. “I’m a medical marijuanna patient,” he told the Town Board. “I’ve been using medical marijuanna for roughly a year. I have friends who have smoked marijunna laced with fentanyl and been hospitalized. It’s something that should be considered not just for the safety of your children but for everybody. If it already exists, it is already being tampered with. We, as marijuana users, are advocating for safe marijuana for everybody.”