Honoring the heroes among us at Eisenhower Park 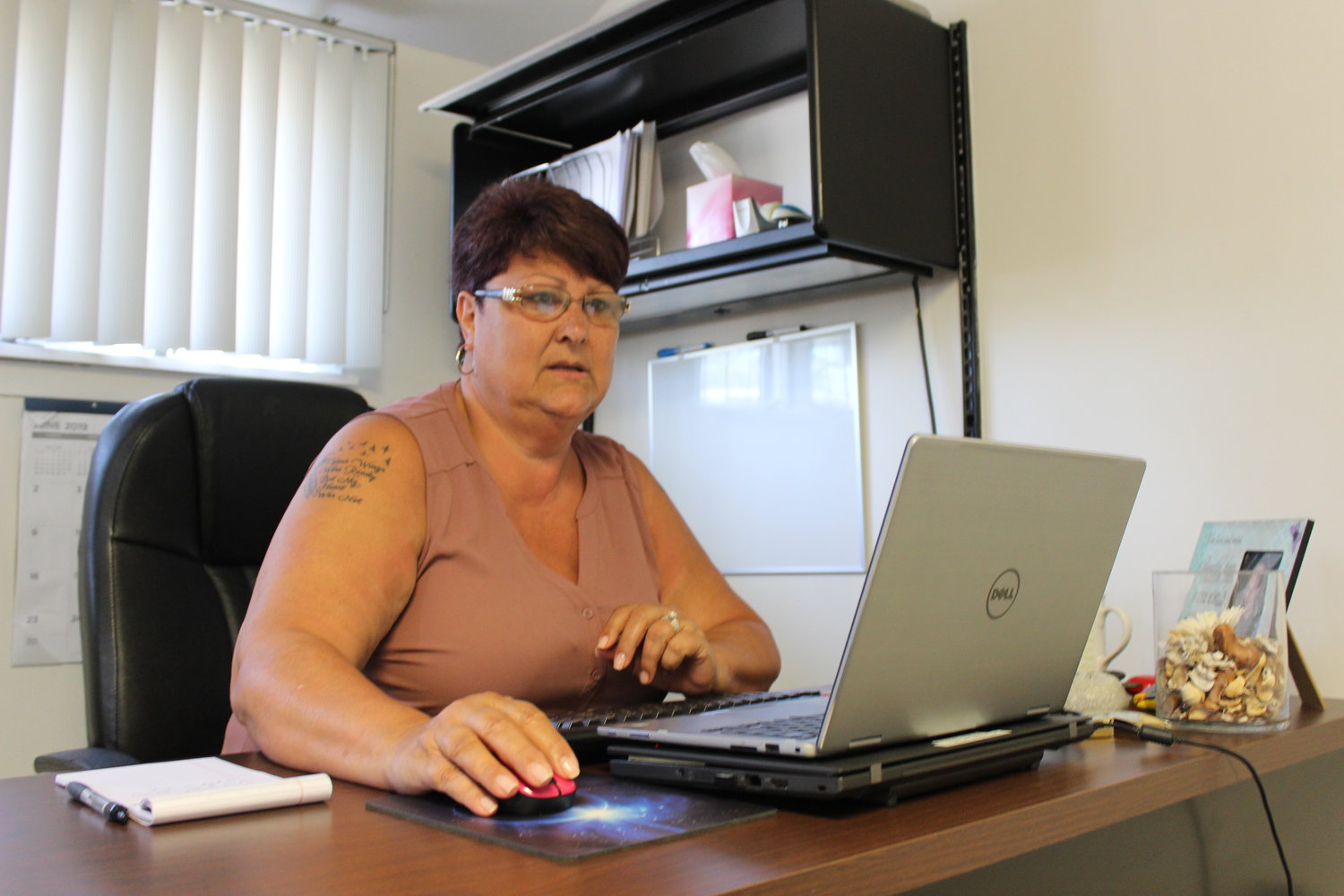 Virginia Cervasio, 61, of Glen Cove, is the founder of the nonprofit Heroes Among Us, which will host a traveling replica of the Vietnam Veterans Memorial at Eisenhower Park Aug. 29-Sept. 1. Above, Cervasio at the organization’s new location on Old Country Road, between Westbury and Salisbury.
BRIAN STIEGLITZ/HERALD
By Brian Stieglitz

When Virginia Cervasio decided to dedicate her life to helping veterans, she learned that they have an unspoken “bond that no one could break,” she said. “There’s just a mutual understanding and a trust that they are going to support one another and help each other out.”

Cervasio, 61, of Glen Cove, said she wanted to strengthen those bonds when she launched a nonprofit called Heroes Among Us in 2014 to help veterans readjust to life after war.

In the organization’s most significant undertaking yet, it will host a 375-foot-long, three-quarter-scale mobile replica of the Vietnam Veterans Memorial in Eisenhower Park from Aug. 29 to Sept. 1.

Known as “The Wall That Heals,” the memorial, and an accompanying education center, moves from one state to another each month, where it is hosted by a local organization, offering people a chance to see it without having to travel to Washington, D.C., to see the original.

“It’s such an honor to be able to host the wall,” Cervasio said. “We’re committed to giving the public something they will remember for life.”

Cervasio’s activism began long before she launched Heroes Among Us. Her son Angelo joined the U.S. Air Force shortly after graduating from Locust Valley High School in 2000, and served as an Airman 1st Class during Operation Southern Watch in Iraq for three years before he was stationed in Oklahoma City for the remainder of his service.

When he returning from war, Angelo “didn’t want to talk about anything,” his mother recalled. “His whole character was different.” In 2006, six months after his discharge, Angelo died by suicide. He was 24.

“You’re never going to know why something like this happens,” Cervasio said. “But, personally, I wanted to make something good come of it. I wanted to continue his legacy.”

A native of Glen Cove, she lived in Lee County, Fla., from 2004 to 2014, and after her son died, she founded a nonprofit called Cares Suicide Prevention, sharing Angelo’s story and hosting educational seminars on the signs she said she missed that led him to take his own life.

When she returned to Glen Cove in 2014, Cervasio dissolved Cares Suicide Prevention but continued her advocacy, volunteering for the Long Island Crisis Center, where she has overseen its suicide support group for three months. She earned a degree in sociology from SUNY Old Westbury, and founded Heroes Among Us.

The organization acts as a liaison between veterans and the resources that can help them and their families when they return from service. Cervasio initially met with veterans at her home, but found office space on Old Country Road, between Westbury and Salisbury, four months ago.

“So many vets have trouble finding their footing, and there are so many resources available to them that they might not know about,” said Gary Glick, the commander of Jewish War Veterans Post 652 and a veteran from North Merrick. “[Cervasio] has been doing so much to help them out.”

Heroes Among Us has helped veterans pay their bills, helped them find therapists and organized school supplies drives for their families, among other services. “One vet came to us looking for a guide dog,” Cervasio recounted. “We got him one from a breeder just by word of mouth.”

Each May, the organization hosts a gala to raise funds for its services, to honor veterans who have died and to recognize those who have contributed to their community. It applied to host the traveling Vietnam memorial last fall, and has prepared for its arrival since it was notified of its acceptance by the Vietnam Veterans Memorial Fund in November.

Heroes Among Us will officially present the mobile memorial at the Glen Cove Fire Department on Aug. 27 before escorting it roughly 12 miles south on Glen Cove Road with a parade to Eisenhower Park.

The organization is funded solely by donations, and to offset the cost of hosting the wall, Cervasio created a GoFundMe page, which can be found at https://bit.ly/2T89UAQ. As the Herald went to press, it had raised the first $375 of its $15,000 goal.

The Vietnam Veterans Memorial Fund is sending the wall to Heroes Among Us in pieces, Cervasio explained, and she is looking for volunteers to help assemble it on Aug. 29 and disassemble it on Sept. 1. To volunteer or learn more, visit www.heroesamongus24.org or call (239) 834-9240.