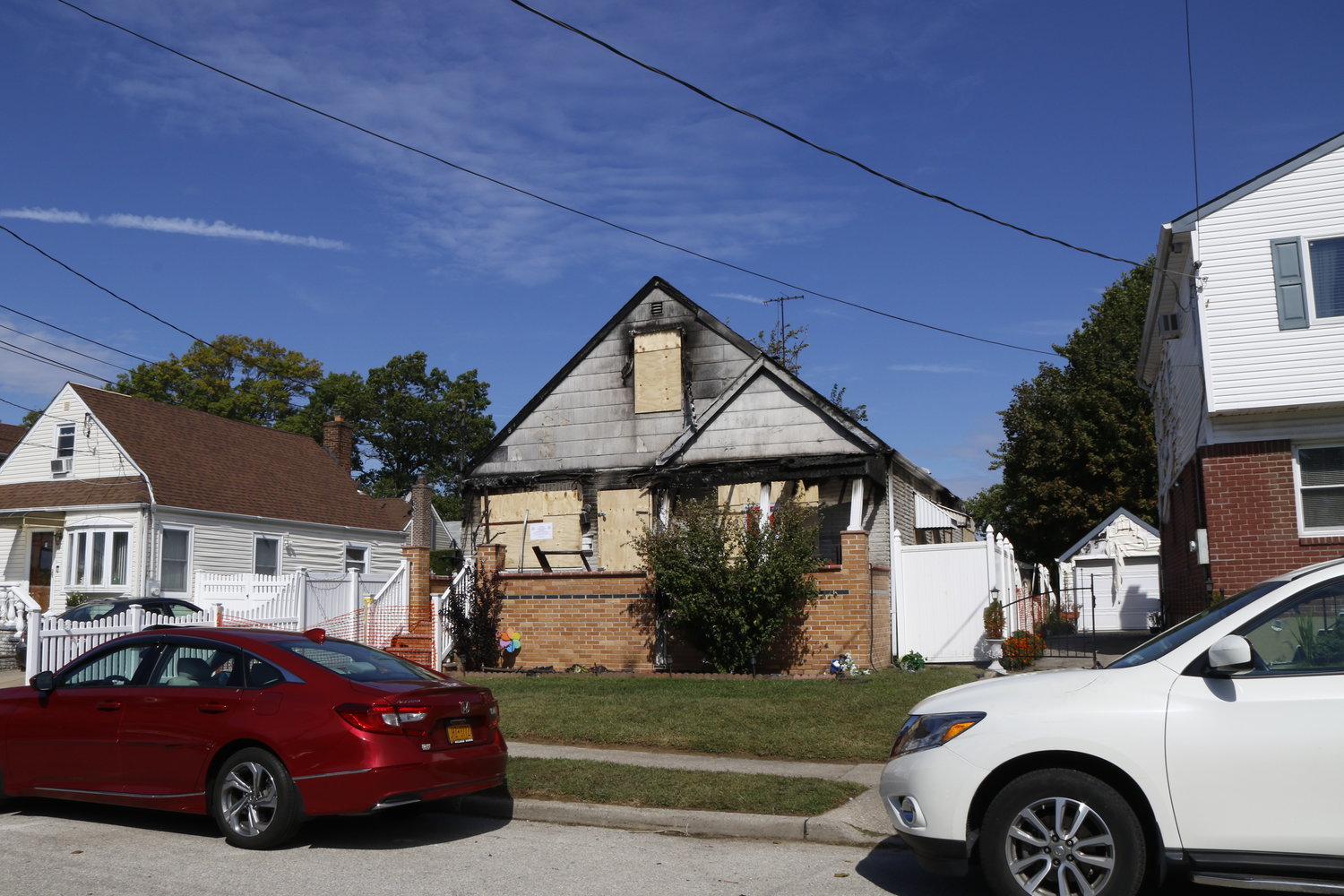 The fire took place at a home on Marshall Street in Elmont and was responded to by police and fire personnel from multiple local communities.
Christina Daly/Herald
By Robert Traverso

A 14-year-old girl died yesterday, two days after a house fire in Elmont left her and another victim in critical condition.

Nassau County Police Department officials said its arson bomb squad responded to a home on Marshall Street that was fully engulfed in flames at 6 a.m. on Oct. 2. Three officers and a police medic administered life-saving measures upon arrival, removing an 82-year-old male from the first floor. A 75-year-old woman was also rescued from a front window of the first floor.

When Elmont Fire Department personnel arrived, two fire fighters entered the home and rescued the 14-year-old girl from the second floor. Two other occupants, a 17-year-old male and a 30-year-old male escaped through a second-floor window.

The fire left multiple victims wounded. The 82-year-old male is in critical condition but is stable. Two others were wounded but are in stable condition. Two victims who went into cardiac arrest after being removed from the house were successfully transported to local hospitals following the fire.

are suffering from smoke inhalation and two fireman suffered minor face and body burns. All emergency personnel that responded to the fire were treated and released from local hospitals.

The fire remains under investigation.