Hundreds volunteer to hand out food to Elmont residents in need 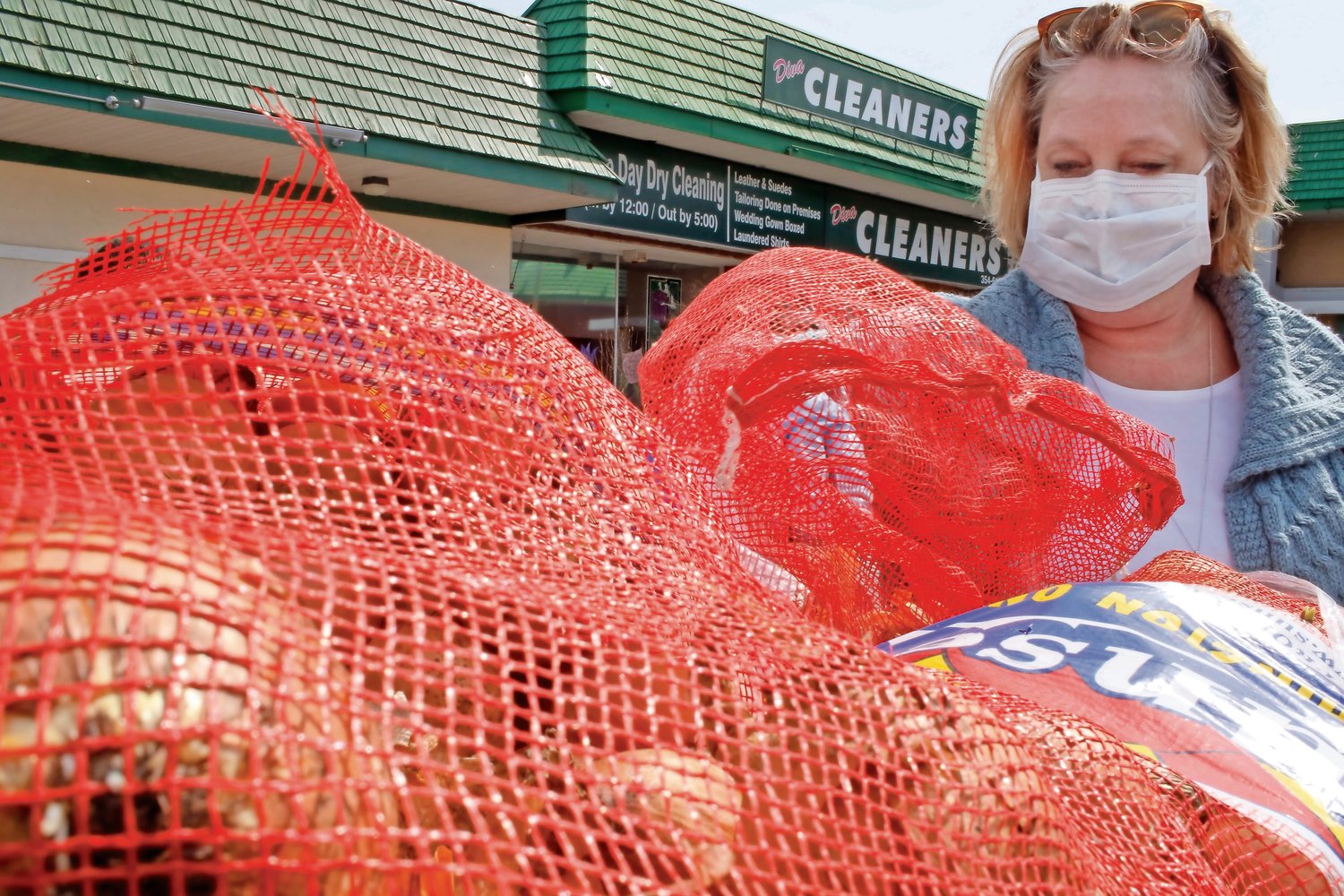 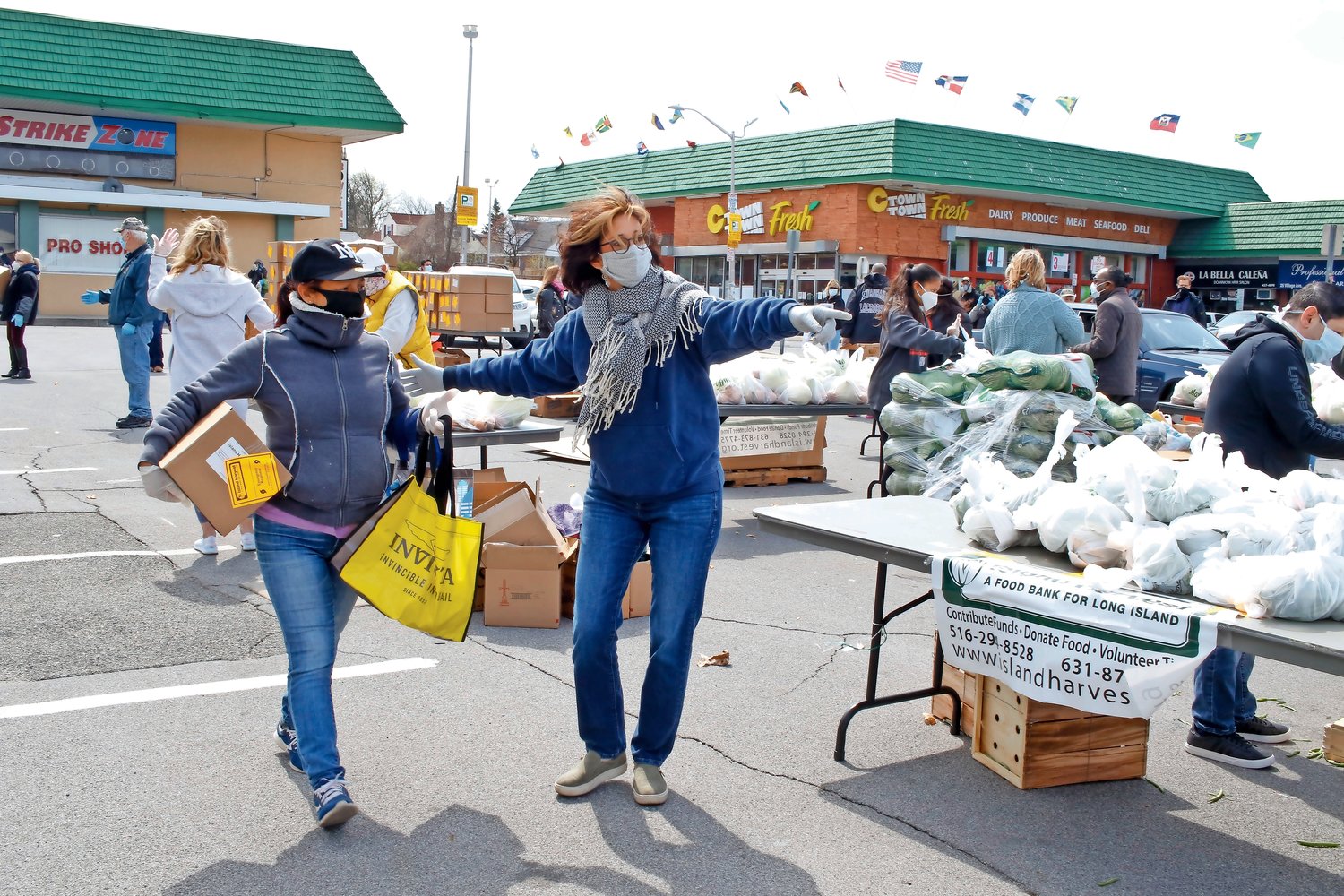 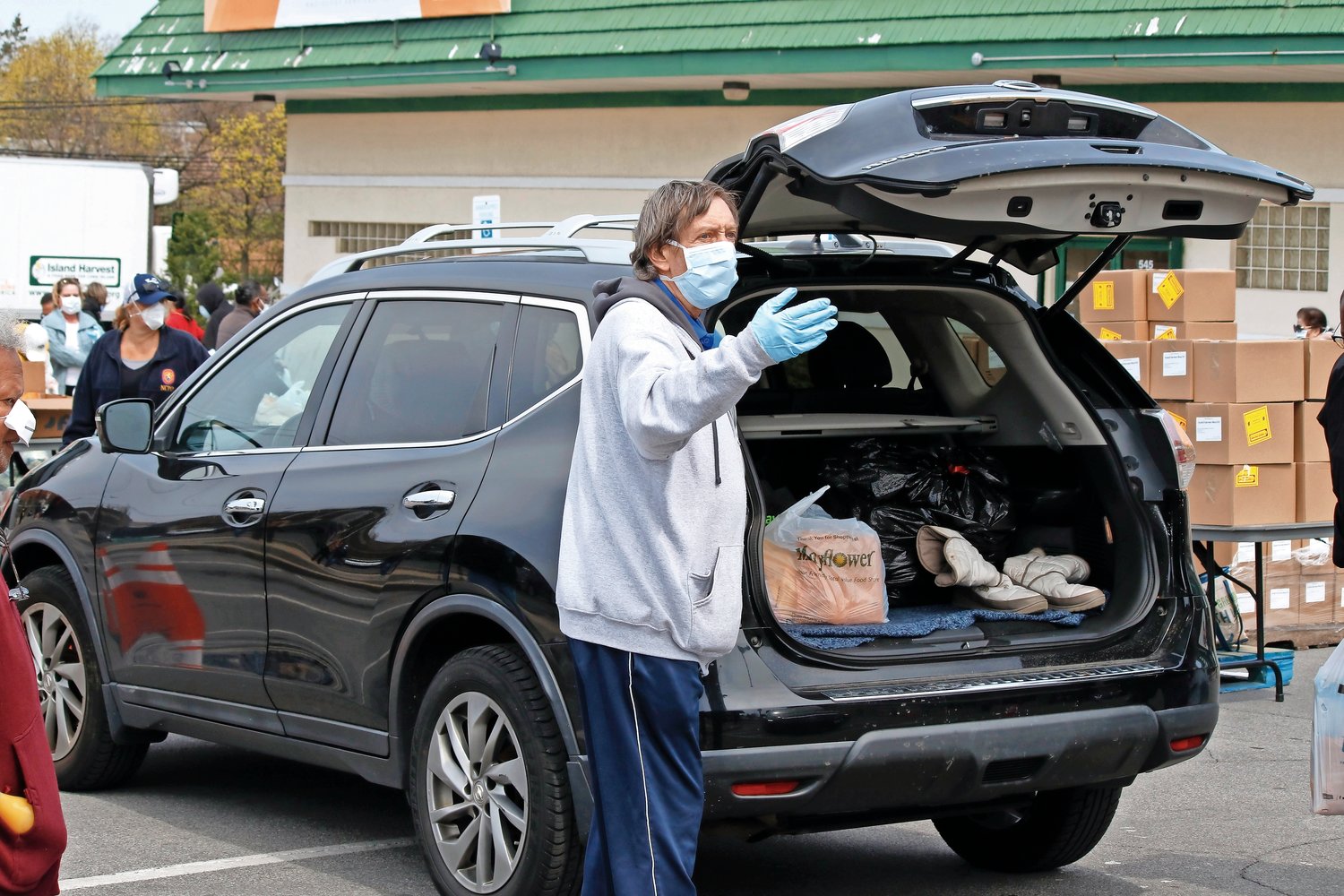 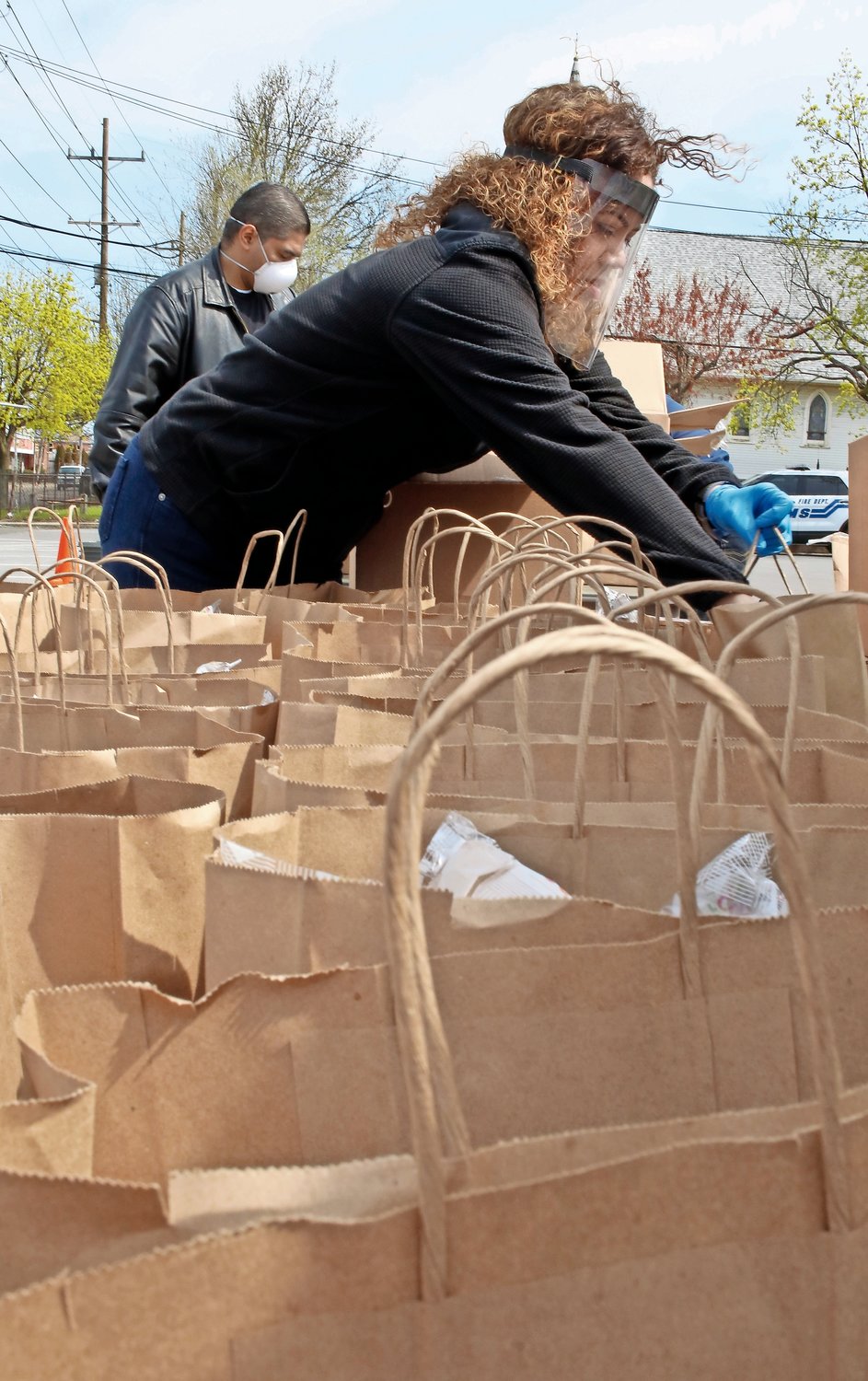 David Schoenwadt’s back hurt after he spent last Friday morning handing out food to hundreds, if not thousands, of Elmont residents in need. But still, he said, “I feel so good.”

Schoenwadt had been food insecure in the past, he noted, and the Elmont community helped him get through it. So, when he heard that several residents were planning to distribute food to those who needed it amid the coronavirus pandemic, he decided to help out — despite the fact that he is at a higher risk of dying from Covid-19 due to a cancer diagnosis and heart disease.

“I think it’s more important to be a good Christian,” Schoenwadt said, adding, “If I didn’t do this, I’d feel guilty.”

Some 600 senior citizens in Elmont have had trouble getting food, according to State Sen. Todd Kaminsky, who tasked his staff and interns with calling seniors during the pandemic, and local officials and community activists said they feared that more people might having similar problems as businesses stayed idle and the unemployment rate soared.

According to data from the New York State Department of Labor released on April 16, nearly 60,000 Long Islanders filed for unemployment insurance the previous week prior, with more than 28,000 filing in Nassau County. That is up more than 4 percentage points over the same period last year.

The data also showed that the number of unemployment claims filed by those working in the care and social assistance industries — which employed roughly 8.6 percent of Elmont residents in 2000, according to CityData.com — increased by more than 42,000 statewide, and people working in the administrative and support services industry — nearly 10.3 percent of residents in 2000 — filed an additional 32,000 claims.

Those people may have been able to survive on savings for the past few weeks, said Allison Puglia, vice president of agency relations for Island Harvest, the nonprofit Long Island food bank, but as New York’s so-called pause continues, they may run out of resources.

“We saw that there was a need in the community,” Puglia said at the food distribution event, in the parking lot at the intersection of Elmont Road and Village Avenue, for which Island Harvest provided 10,000 pounds of food. The organization held a similar event in Riverhead the week before, she said, and “had to turn away hundreds of people.”

As a result, Puglia said, Island Harvest did not publicize the Elmont food giveaway as much as it had the one in Riverhead, in order to keep the turnout under control. But the April 17 event still attracted lines of residents stretching down Dutch Broadway.

“It surpassed even what our expectations had been,” said Chris Rosado, a volunteer for the Gateway Youth Outreach board, who helped out at the event, noting the large number of people who walked to the parking lot and were willing to carry all of their food home.

Rosado said he knew that there was a need in the community, and when residents Ralph Esposito told him that he, Tania Lawes and Patrick Boyle would be organizing the giveaway, partnering with Island Harvest, the American Legion and the Racetrack Chaplaincy, Rosado knew he wanted to volunteer.

“This has been a complete community effort,” Rosado, an Elmont native who now lives in Cold Spring Harbor, said.

More than 200 Elmont residents and elected officials volunteered for the event, and not only handed out food but also directed traffic. But, Esposito said, no one was giving orders. “We work as a team,” he said. “Nobody’s a leader, nobody’s a boss.”

In fact, Town Councilman Tom Muscarella could be seen directing traffic, while Kaminsky, State Sen. Anna Kaplan and Elmont School District Superintendent Al Harper loaded food into residents’ vehicles. Members of the Elmont Fire Department’s Emergency Medical Squad and American Legion Post 1033 also helped out, as did residents like Mary Jane Havrylkoff, who said she wanted to give back to the community that helped her family recover after their house burned down in December.

The volunteers said they knew what they were doing was important. “It’s a hard time for everyone, but some more than others,” Kaplan said, adding, “In difficult times, we show our strength by standing together.”