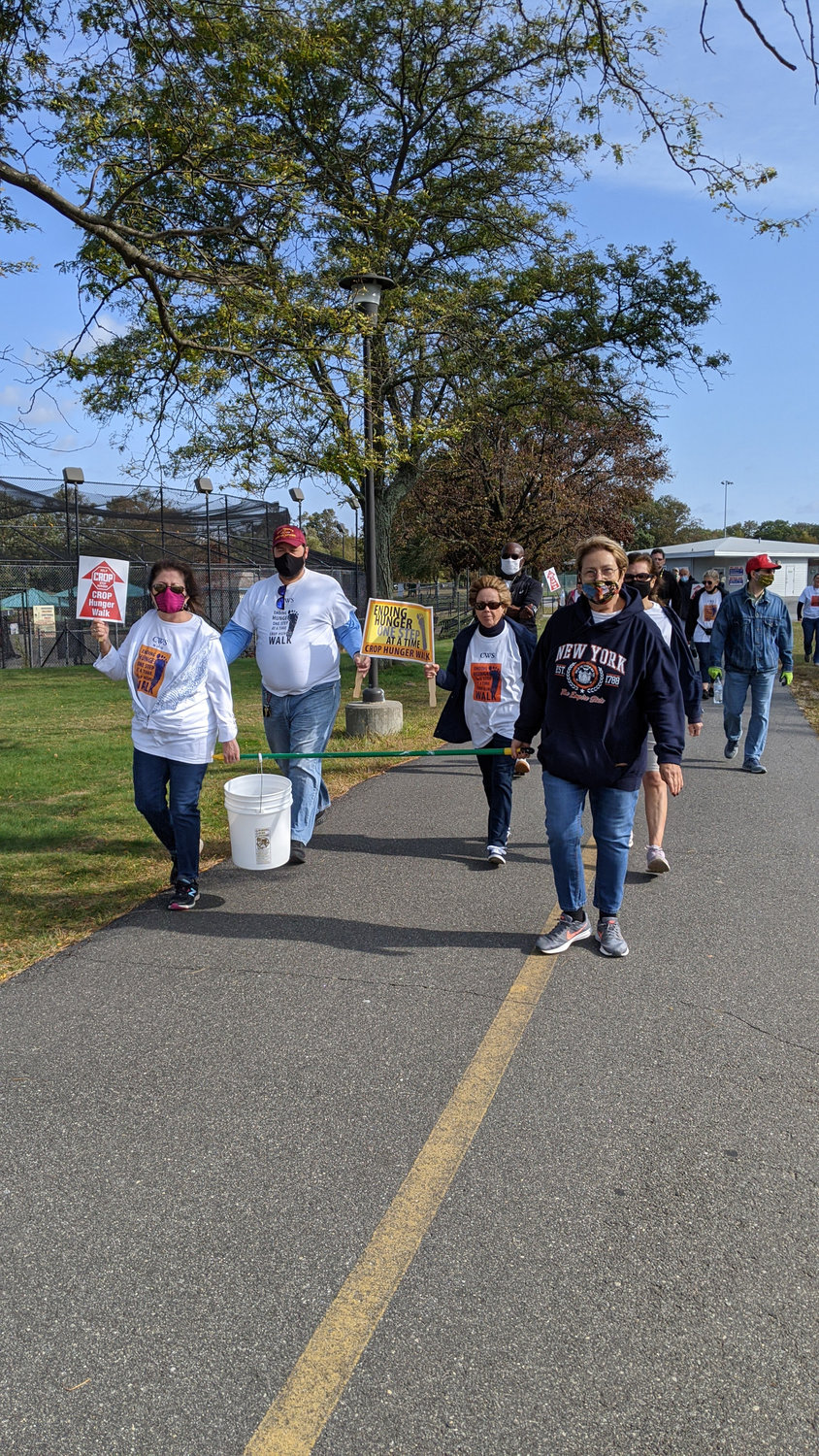 Leaders of the pack: Members of Holy Trinity Orthodox Church in East Meadow in Eisenhower Park last Saturday to raise money for hunger issues at home and overseas. 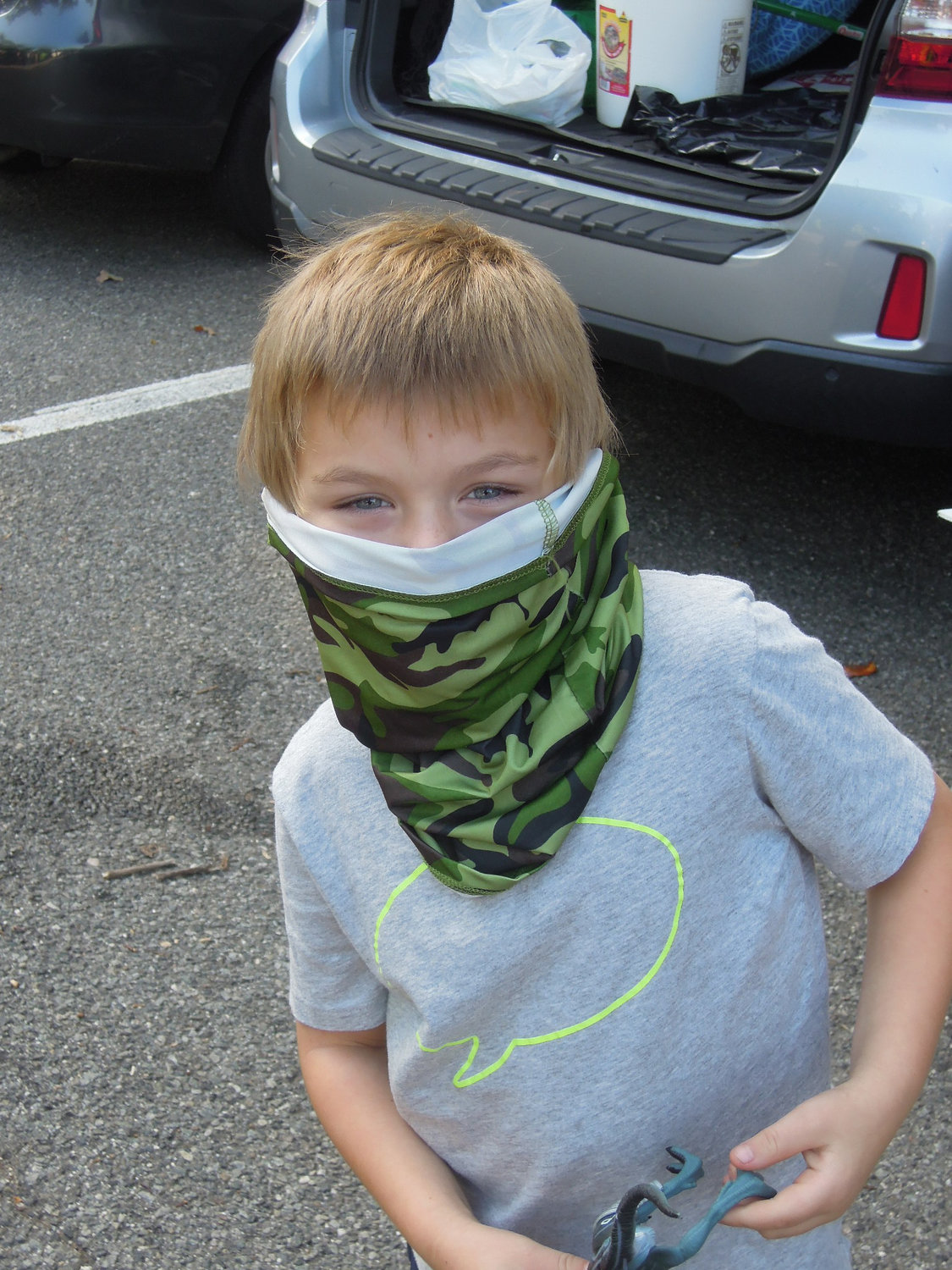 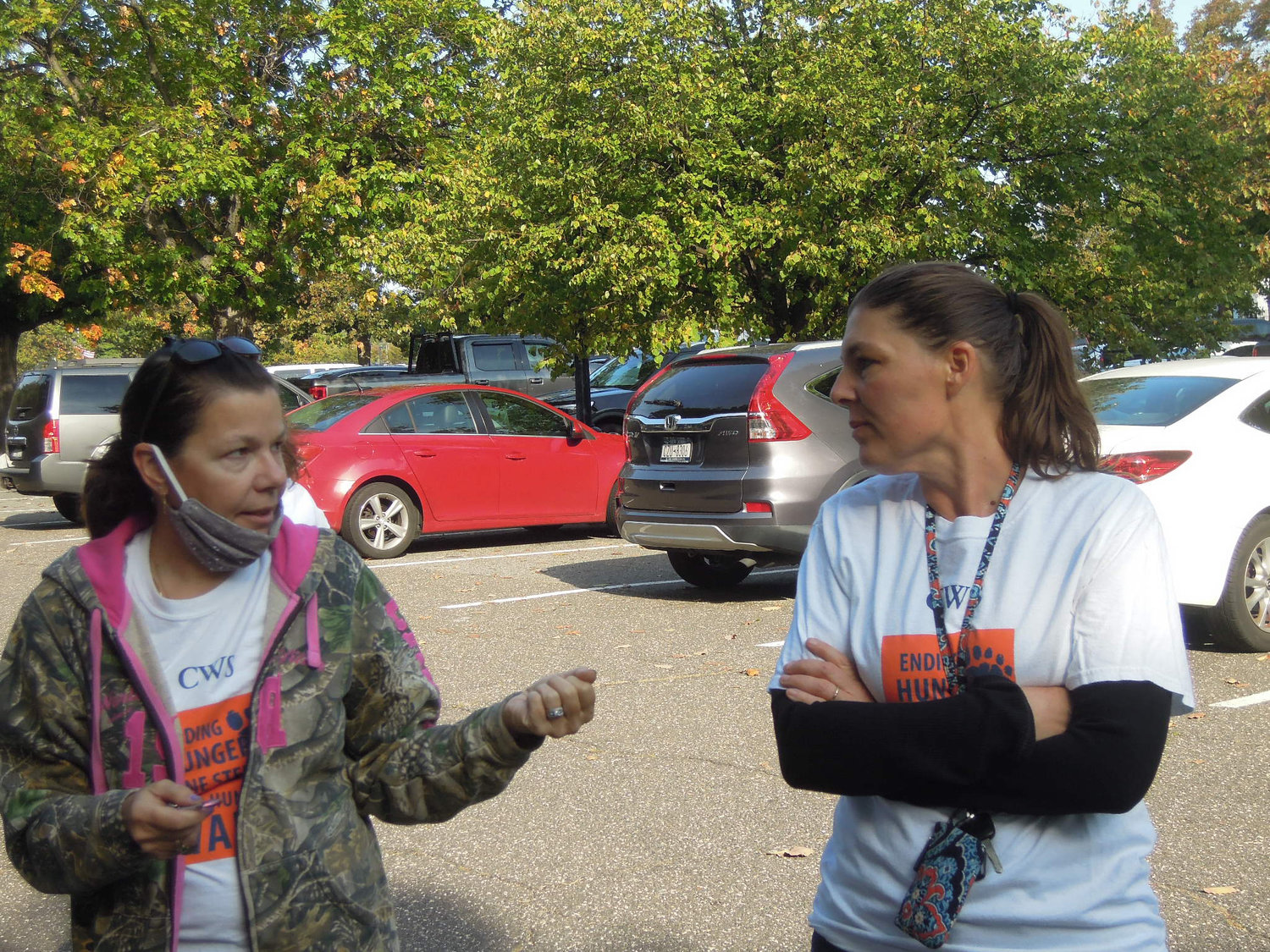 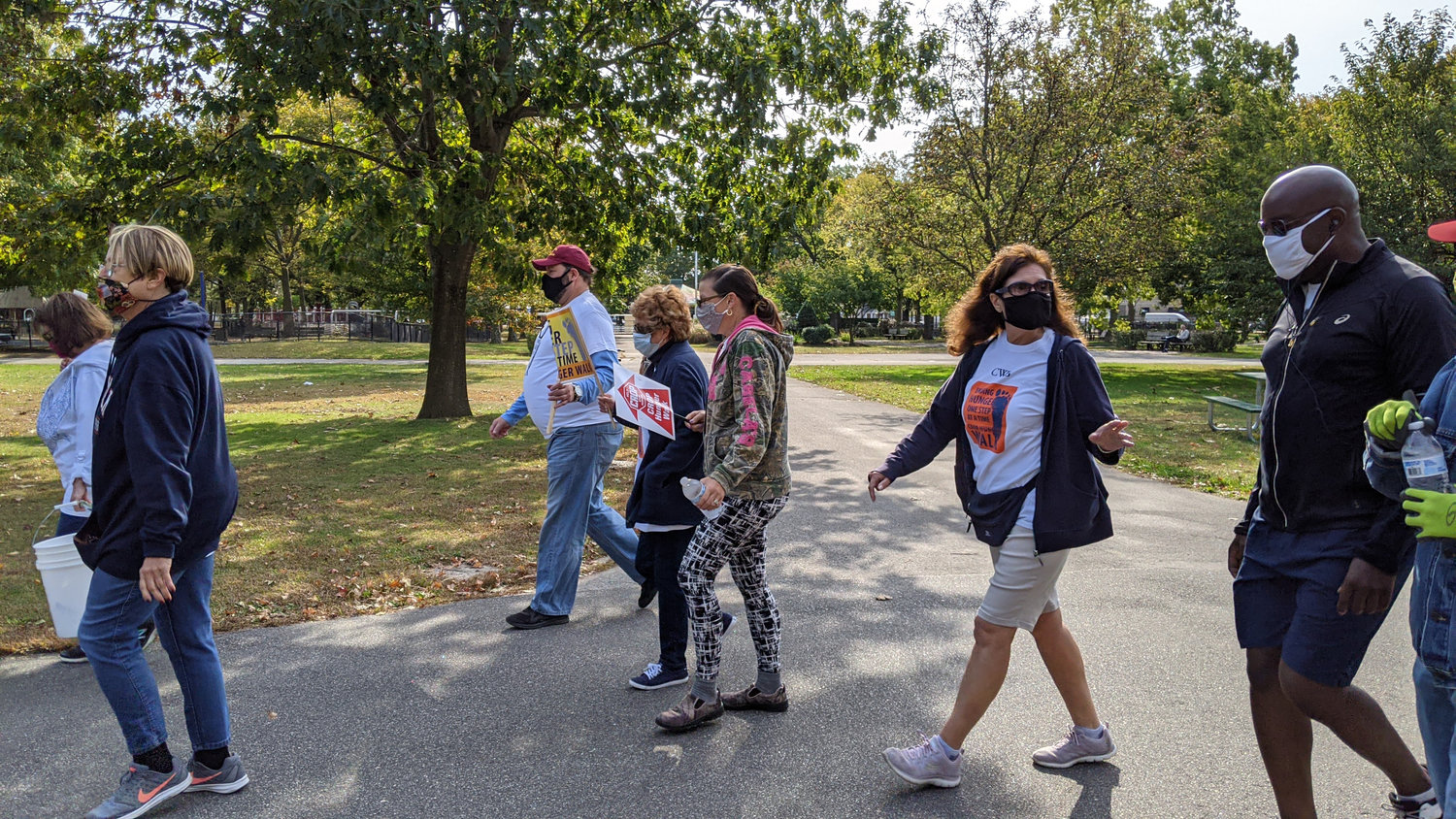 The group has raised more than $4,000 so far, and will continue fundraising until the end of the year.
Courtesy Nancy Vassilakis
Previous Next

The best remedy for a hurting heart is to cheerfully give to others. Even the smallest gifts given to a stranger yield a full harvest in our own lives.”
V. Rev. Martin Kraus, Pastor, Holy Trinity Orthodox Church, East Meadow
By Timothy Denton

The corps that gathered at Eisenhower Park last Saturday for the 11th annual CROP Hunger Walk was smaller than in years past, but no less committed to raising funds for the local and international relief efforts that are its hallmark.

Sponsored by Church World Service (CWS), an international interfaith aid organization whose mission is coordinated locally through Holy Trinity Orthodox Church in East Meadow, the limits resulting from the Covid virus meant much of the pre-event fundraising was done virtually; but a band of several dozen met to walk the mile-long route. The walk was capped, as in years past, with music and pastries.

Holy Trinity serves parishioners throughout southeastern Nassau County, including Seaford and Wantagh, with members from as far away as Queens and Suffolk counties.

Church World Service is a cooperative ministry of 37 denominations founded in 1946, in the wake of World War II, to support a wide variety of needs, including victims of war, natural disasters, hunger, homelessness and poverty. The first walk was held in 1969.

Twenty-five percent of the funds raised go to a charity the local sponsor selects — in this case, the Long Island Council of Church’s Freeport Food Pantry, according to Holy Trinity Parish President Loraine Babaian. The remaining 75 percent of donations go to CWS to support aid programs on every continent

“We didn’t announce [the event] as widely as in previous years, because of the virus,” Babaian said. Even then, participants had to sign waivers before walking.

Last year’s event was attended by more than 100 from seven local faith communities. But even with this year’s reduced turnout, “so far, we’ve raised more than $4,000 online,” Babaian said. Donations from the walk itself had not been tallied by Sunday morning.

Even as recently as a month ago, the event was still up in the air, pending county and church approval, Babaian said, and the church’s parish council debated safety concerns for many months. But with the county’s OK, Holy Trinity’s pastor, V. Rev. Martin Kraus, decided to move the fundraiser forward.

Kraus felt both the timing of the event and its mission were especially timely. “Sometimes, we get too focused on our own problems and forget the needs of others,” he said. “Now, we’re being called on to help those who are hungry, both locally and overseas — especially during the pandemic.”

Besides Holy Trinity, the Greek Orthodox Cathedral of St. Paul, in Hempstead, and Holy Trinity Greek Orthodox Church, in Hicksville, were represented. Tom Chupka provided the pre- and post-walk music, as in years past, and many stayed to sing and dance in a rare outpouring of joy in what has otherwise been a bleak year for many.

“The best remedy for a hurting heart is to cheerfully give to others,” Kraus said. “Even the smallest gifts given to a stranger yield a full harvest in our own lives.”

Sidewalk sale is a boon for Cedarhurst businesses