Kids use social networking to collect 2,000 pounds of supplies for Sandy victims 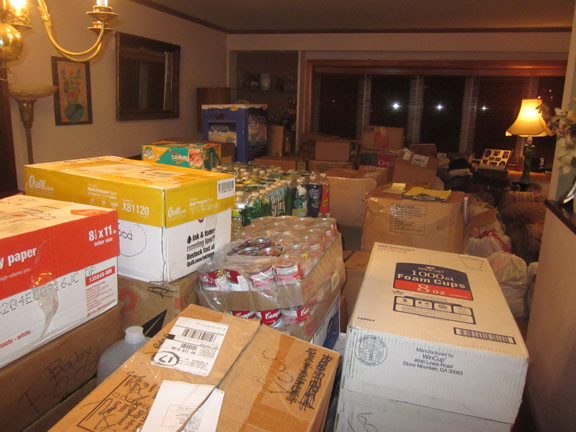 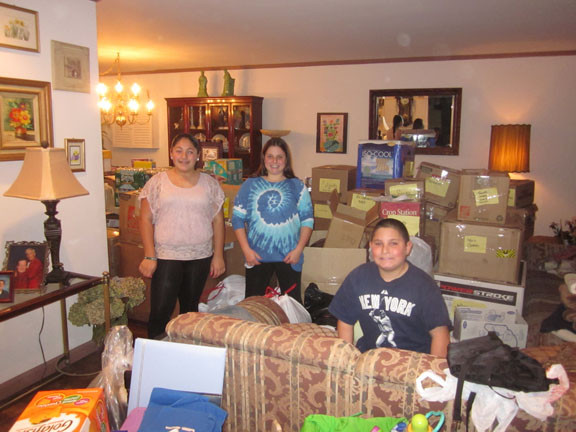 Attempting to navigate around the Inger household, on Andrea Road in East Meadow, has been almost impossible in recent days. Walk through the front door and you are greeted by dozens of boxes containing food, clothing and other supplies, all collected to aid Hurricane Sandy victims.

In total, more than 70 boxes full of supplies were collected. Even more remarkably, the donations were gathered in just a little over a week. But the most extraordinary part of the relief effort is that the organizers are not yet teenagers.

Sydney Inger, 12, her brother Joshua, 9, and their close friend Gia Buscemi, 11, collected more than 2,000 pounds of donations, which they donated to Island Harvest, a relief organization based in Mineola, and other relief organizations.

The initiative began on Nov. 9. when Hurricane Sandy struck, the Ingers never lost power, and the Buscemi home, in Massapequa, was dark for only a day. But according to Sydney, she had friends who lost power for days on end, and another of her friends, who lives in Seaford, lost part of her house.

“We had friends who basically lost everything,” said Sydney, a seventh-grader at Woodland Middle School. “With all this damage, why not help when I was thankful enough to have everything, when some people didn’t have anything?”

Fundraising is nothing new to Sydney and Gia. Since she was 8, Sydney has organized food drives in her school and for the East Meadow Baseball Softball Association. Gia, a sixth-grader at McKenna Elementary in Massapequa Park who met Sydney through softball, has taken part in food drives. And Joshua, who said he also has friends who lost part of their homes because of the hurricane, wanted to help out. “I just want to help my friends get better so they don’t lose a lot of stuff,” said Joshua, who’s in fourth grade at Barnum Woods Elementary School.

The threesome’s original goal, Sydney said, was to collect 200 pounds of supplies. To spread the word, she put a notice on Facebook, asking her friends and family for help. Within hours the word spread not only across East Meadow, but across the country.