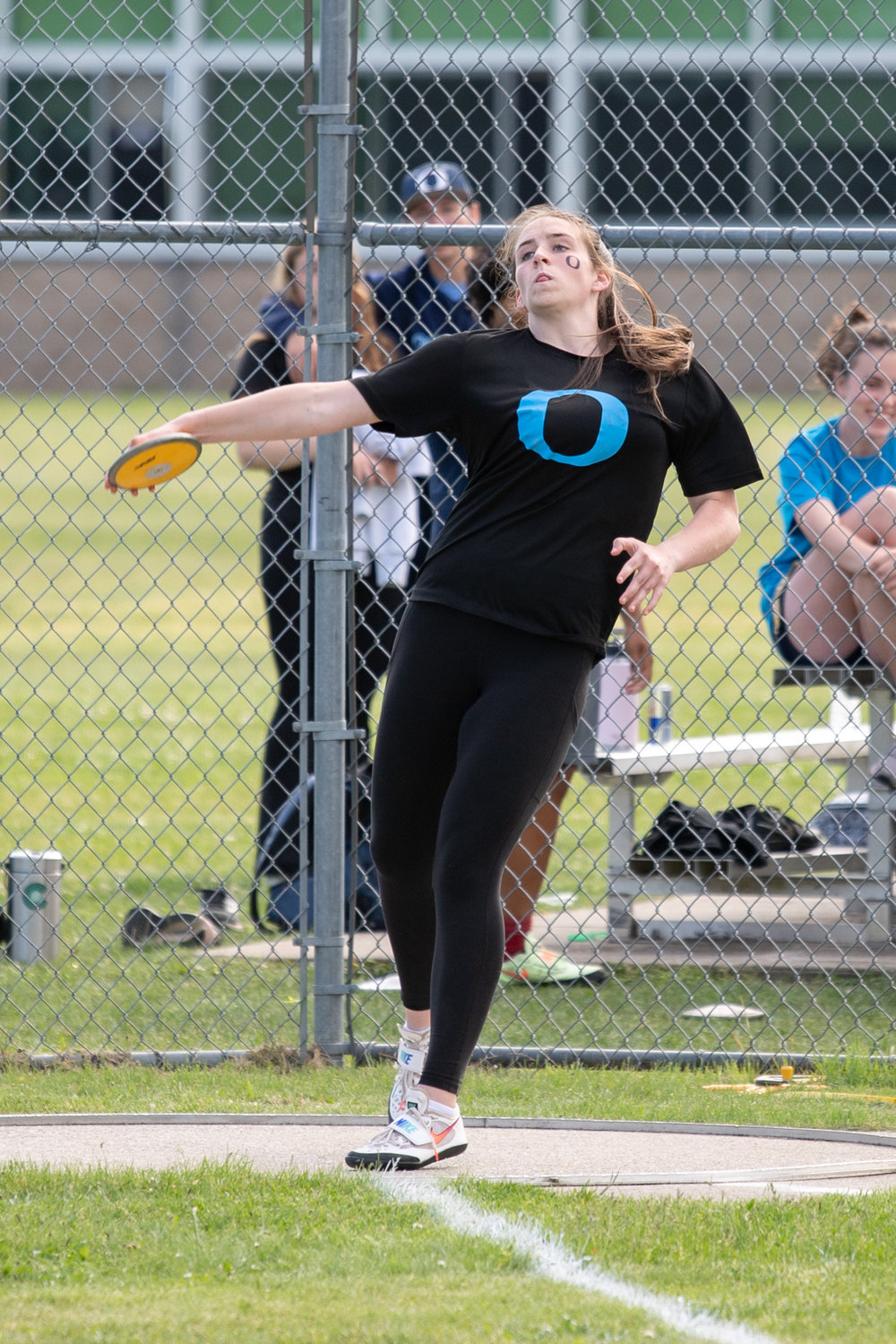 Oceanside’s boys’ and girls’ track and field programs enjoyed a strong spring, capped by a couple of Nassau Class AAA championship finishes on May 24 at Westbury High School.

Led by senior Trevor Rinn, who was runner-up in the 1600m and third in the 800m, the Sailors’ 4x800 relay captured the county title with a time of 8 minutes, 24.15 seconds. Rinn, the Division 1A champ in the 800, handled the anchor leg of a relay that included fellow senior captains Jackson Murray and Dan Hoffman, and sophomore Jason Kerber.

“Our captains were terrific leaders,” coach Mike Kelly said of Rinn, Murray and Hoffman. “It was a pretty successful season and we finished strong taking seventh in the county meet.”

Kelly also lauded the support of new athletic director Tom Lehman and the district for providing some new equipment for the program. “It made a huge impact.” Kelly said.

Murray placed third in the 3000m steeplechase, junior Thomas Hennig finished third in the triple jump and set a personal best in the event, and senior Noah Augustin took sixth in the long jump. The top three finishers in all events earned All-County honors.

In the Division 1-A meet, Hoffman took the 3200 and was second in the 1600. Rinn won the 800. Senior Christopher Iaquinta placed third in the discus.

Oceanside’s girls, coached by Michael Howley, placed second in 4x800 and also starred in throwing events. Senior Erin McGuinness was the Class AAA champ in the shot put and runner-up in discus, setting a school record in the shot put in the process at 36 feet, 8 ¾ inches.

“Erin set her personal best in the shot by over a foot and a half,” Howley said. “It couldn’t happen to a nicer kid. She’s such a dedicated and hard-working student-athlete and a big part of a great senior group.”

Sophomore Jordana Halpern and junior Kayla Christel placed fourth and fifth, respectively, in the shot put. Senior Mary Murray was third in the county in pole vault, Vice placed fourth in the 400 intermediate hurdles, sophomore Sydney Rose, who won a conference title in the 300 indoors, finished fifth in the 100 dash, junior Kiersten Beirne placed fifth in the 100 hurdles, and freshman Savannah Castoro was sixth in the 1500.

The girls, who finished the regular season with a record of 11-2 and finished second in the Division 1-A meet, also had Dowd capture the division title in the 800.

“I was worried about what our numbers might be going into the season because last year we had about 20 girls when pre-pandemic we were traditionally around 60,” Howley said. “We bounced back to 40 this spring with a lot of new talent stepping in, so that was great to see.”