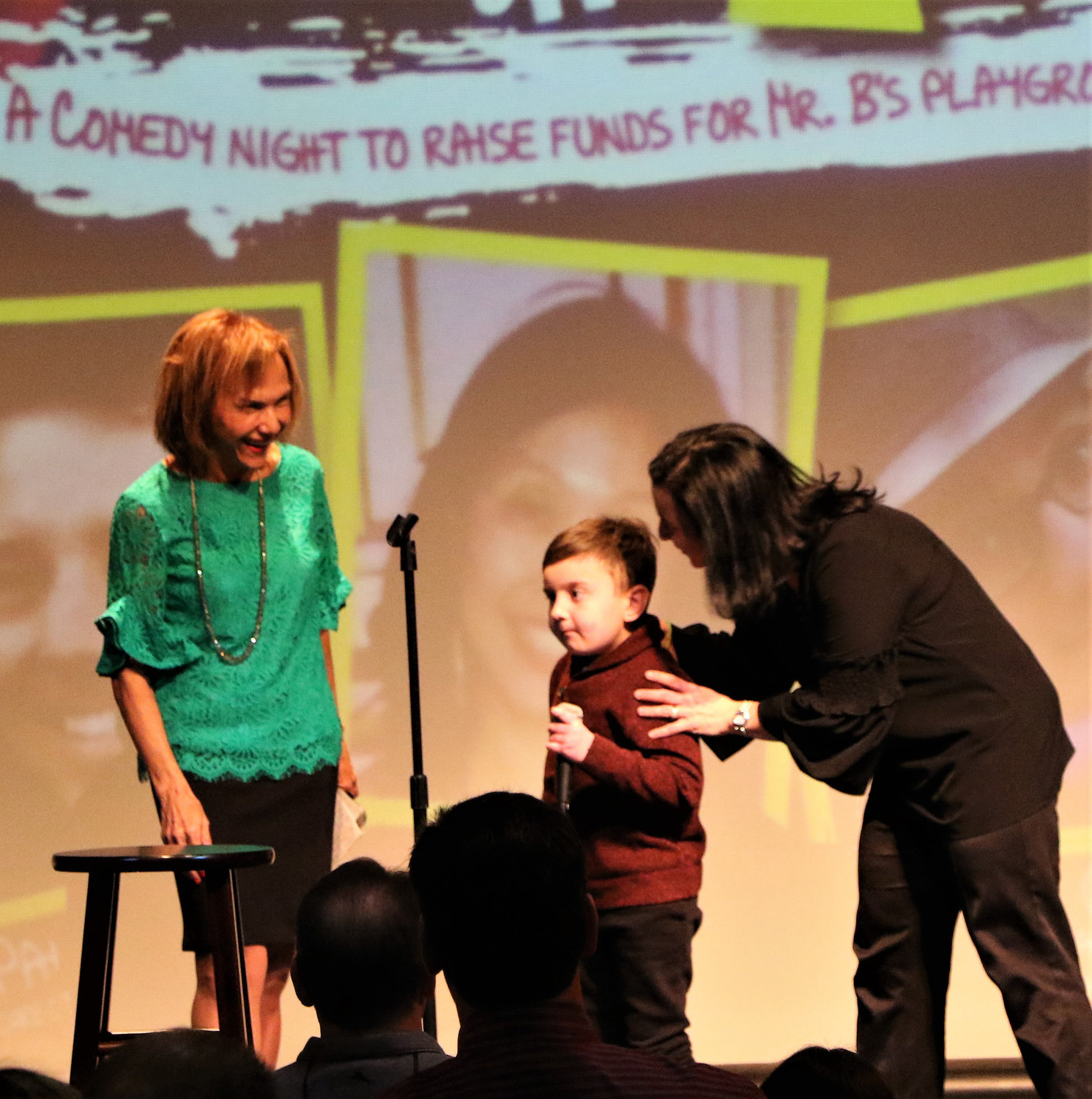 John Buddy Abrams, 6, addressed the crowd at a Lions Club fundraiser for Mr. B’s Playground at Molloy College last Saturday, at which he was honored for his courage while battling cancer. He was joined by Lions Club President Joan MacNaughton, left, and his mother, Wendy.
Maureen Lennon/Herald 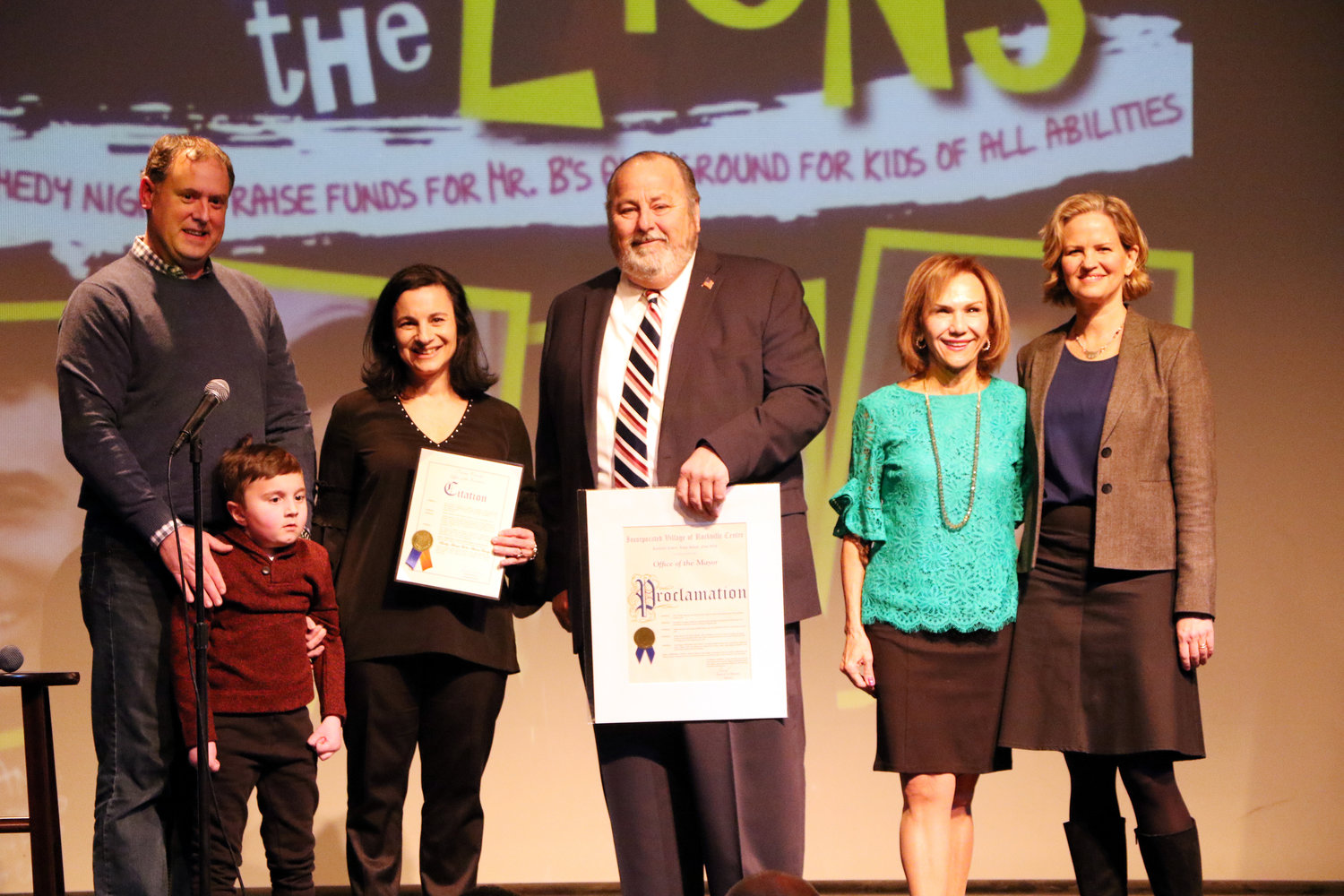 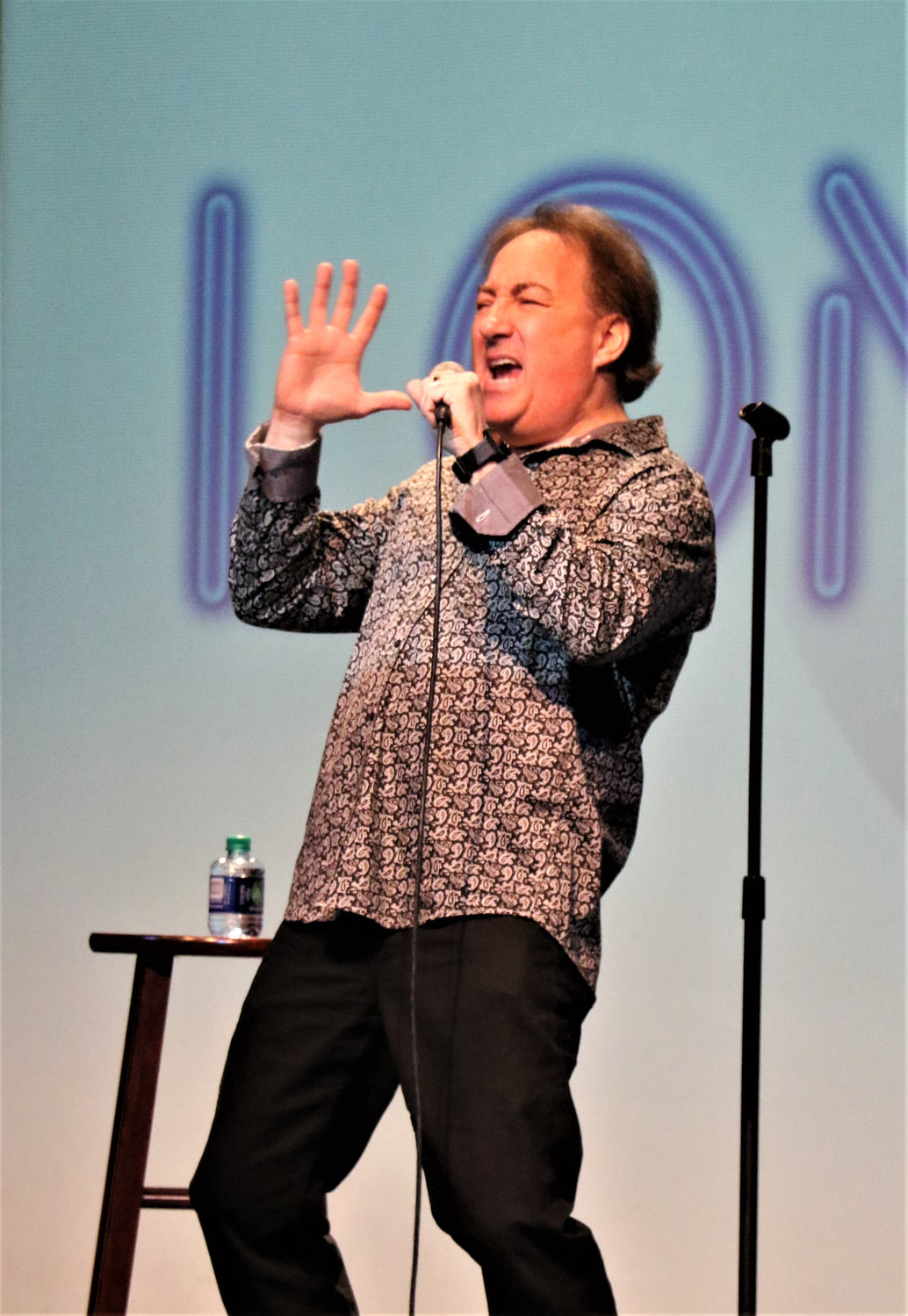 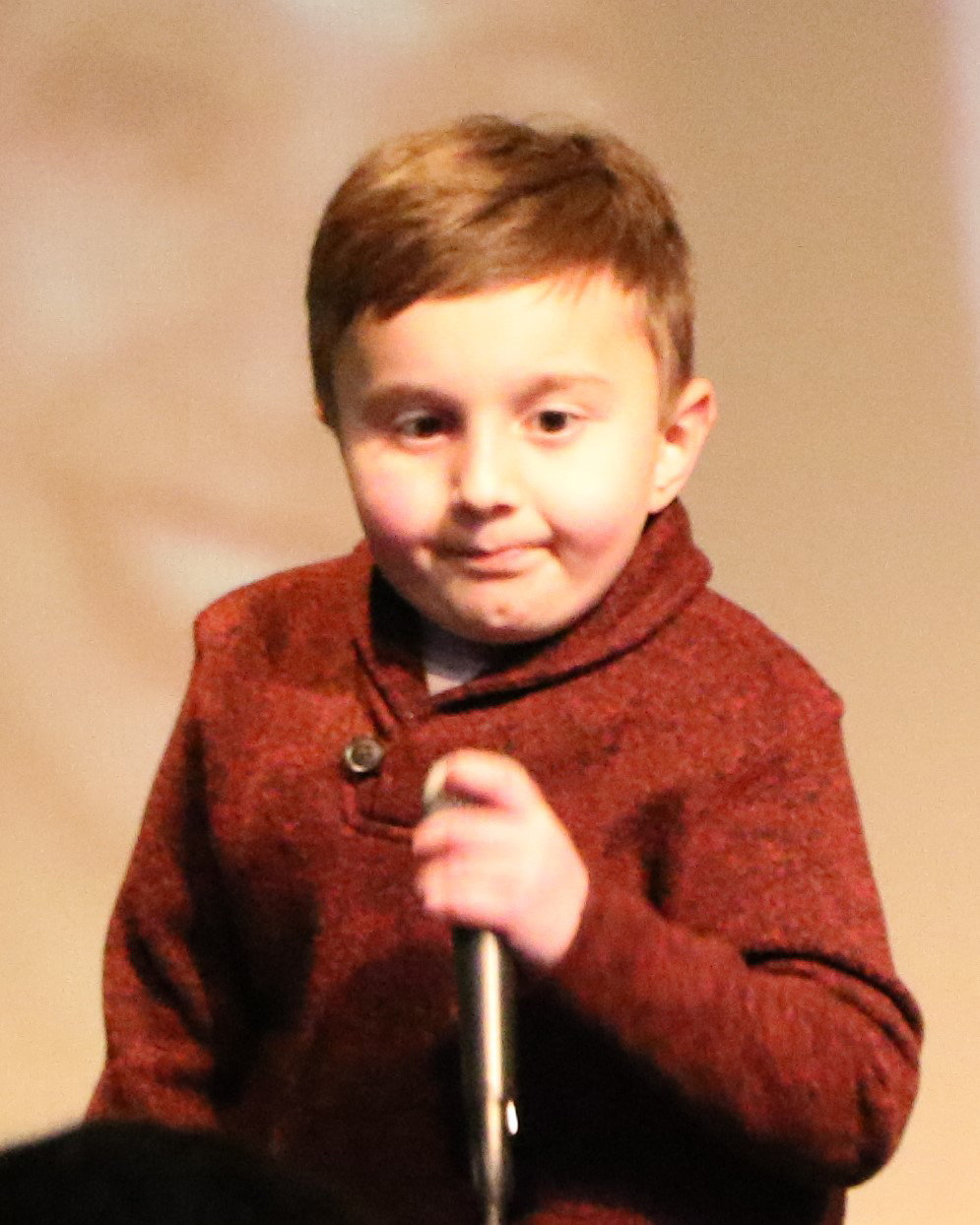 John Buddy Abrams, 6, who goes by his middle name, and his family, of Rockville Centre, was honored at the village Lions Club’s Laughing with the Lions fundraiser at Molloy College on March 2.

The event raised money for Mr. B’s Playground, an all-inclusive park to which the Lions and other community members have been donating for several years. The $1 million playground, to be named after longtime Recreation Superintendent Anthony Brunetta, known as Mr. B, who died in 2016, is set to be built next to the John A. Anderson Recreation Center in the coming year.

A few days after Buddy’s first birthday in 2013, doctors discovered a tumor in his brain stem. Though he has endured two brain surgeries and five years of chemotherapy at Memorial Sloan Kettering Cancer Center in Manhattan, his mother, Wendy, said he is done with treatment for now.

Joan MacNaughton, president of the Rockville Centre Lions Club, which has helped collect about $350,000 for the playground so far, said she was still counting proceeds from the event. The space will allow children with special needs, like Buddy, to play alongside children with no disabilities.

Mid-Island Collision was also honored during the event, which featured stand-up comedians Paul Anthony, Jean Kim, Stevie G.B. and Rich Walker. But perhaps the highlight was when Buddy addressed the sold-out crowd of 210, who gave him a standing ovation.

After thanking people for coming, MacNaughton recalled, “All of a sudden at the end, he yells out, ‘Build the park!’ and everybody went crazy. …He’s a miracle child.”