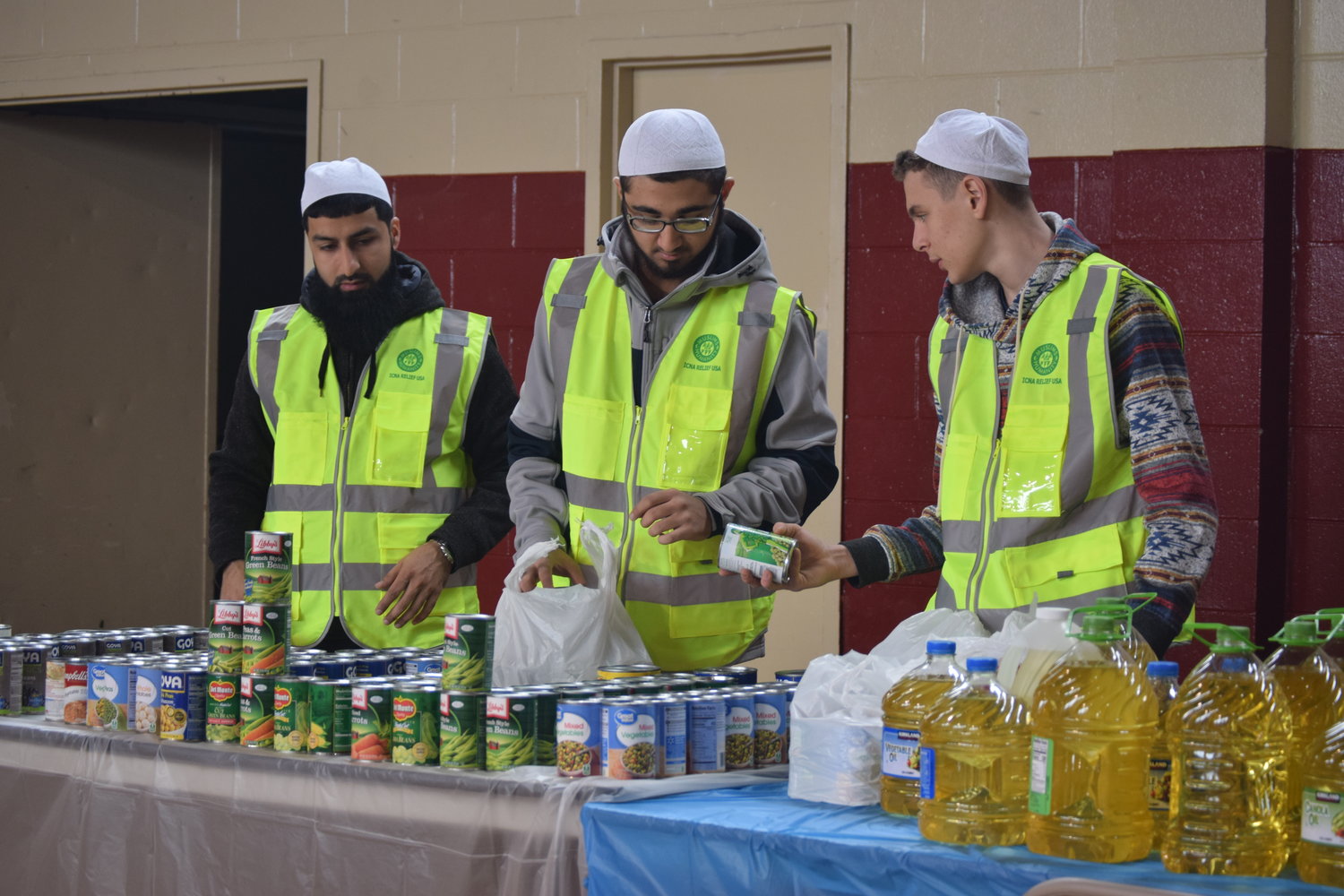 The gymnasium in the Five Towns Community Center in Lawrence was filled with people, tables were covered with blankets, winter coats, sweaters, gloves, socks, canned food and cooking oil, and volunteers from the Islamic Council of North America Relief Long Island chapter helped distribute the items at the Thanksgiving Giveaway.

Founded 40 years ago, Jamaica, New York-based ICNA Relief has evolved from educating its membership about Islam to an organization that responds to emergencies and natural disasters similar to the American Red Cross and other nongovernmental agencies.

“No. 1, we are a Muslim charity organization that provides a variety of services and wants to be the choice of every American,” said Shahid Farooqi, the Long Island chapter’s director of expansion. The chapter is based in New Hyde Park. “We want to help everyone,” he added.

Farooqi said that ICNA Relief has responded to 53 disasters since 9/11 in 2001, and its various chapters have been deployed to many sites, including where tornadoes and cyclones have struck and the recent California wildfires.

“We were in the south after a tornado and a man asked ‘Why are you here? We don’t want you here,’” Farooqi, said, in recalling one of many similar encounters where Muslims initially receive an unpleasant welcome. “Our volunteer said, ‘I’m here to help you, may we come in?’ He said no, but his wife said yes.”

Noting that the Muslim community in Pittsburgh raised more than $100,000 to aid the victims of the Tree of Life Congregation synagogue mass shooting on Oct. 27, Solages said: “We have more in common than we are different. Examples of that generosity are not uncommon,” adding that charity is one of the five pillars of Islam. He contributed to the giveaway by having pens and notebooks for the children.