A kind and helpful ‘old soul’ 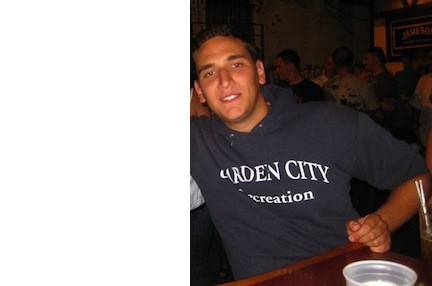 Smith lived in the village all his life. He graduated from Kellenberg Memorial High School in 2006, and studied political science at Hofstra University. He had recently gone back to school to earn a real estate license, and was looking forward to a career in commercial real estate.

An avid outdoorsman, Smith loved to hunt and fish with his father, Joseph.

His family remembered him as an extraordinarily giving and kind person, if a bit rambunctious as a child. “He knew how to stir the pot, but he always meant well,” said his sister Ashley. “We were all tricksters growing up.”

“He helped everybody,” said his uncle, Joseph Rizzuto. “Anything that needed to be done, you could ask Joey to come fix it, move it, or lift it.”

Smith was very close to his cousins, who also lived in Rockville Centre. “He was kind of like our fourth son,” Rizzuto said. When Rizzuto’s son, Jay, died in a car crash in early 2012, Smith took it especially hard.

His sister said that he was an old soul. “He loved things no one his age would have an interest in: antiques, first-edition books, hunting, fishing,” she said. “You don’t see that much these days.”

Ashley also said that her brother had an innate ability to light up a room anywhere he went. “Everybody loved him,” she said. “He always had something wise and interesting to say.”

Smith is survived by his parents, Joseph and Anne; his sisters, Ashley and Nicole; his grandmother, Janice Smith; his aunt and uncle, Janine and Joseph Rizzuto; and cousins William and Andrew Rizzuto.

“He was a great kid,” Rizzuto said. “A wonderful, helpful human being. It’s a horrible tragedy.”

Services for Smith were scheduled for April 15 at Macken Mortuary, with his interment the following day at the Cemetery of the Gate of Heaven in Hawthorne, N.Y.