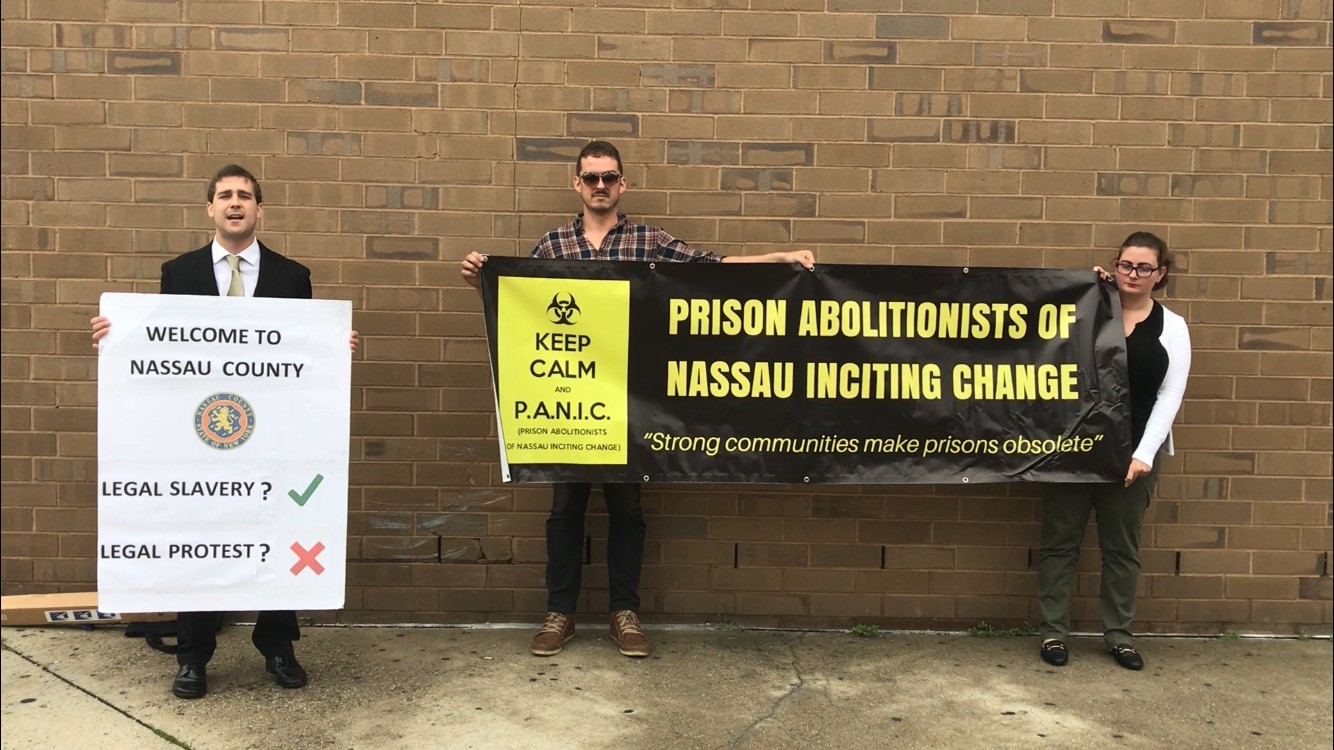 A Town of Hempstead judge agreed to an adjournment in contemplation of dismissal in the case of a Valley Stream man who dressed up as Moses and attempted to deliver 120 water bottles containing red food coloring to protest the Nassau County’s prison system.

Stephen Figurasmith, 32, from Valley Stream, was charged with “placing a false bomb or hazardous substance” outside the Theodore Roosevelt Executive and Legislative Building in Garden City on June 14. The charges were subsequently reduced from a felony to a misdemeanor.

Judge Tricia Ferrell granted Figurasmith the ACD, according to which a misdemeanor charge may be dismissed, provided a defendant does not engage in additional criminal behavior. The Nassau County District Attorney’s Office previously offered the settlement, but another judge refused to grant an ACD last month.

“Based on the facts of the case, it was determined that an adjournment in contemplation of dismissal was appropriate,” said Brendan Brosh, a spokesman for the Nassau County District Attorney’s Office. “We thank the court for consenting to this request.”

Figurasmith was arrested while protesting Nassau County’s policy of requiring inmates work for less than minimum wage — a common practice in most correctional facilities. As part of the protest, which was organized by Prison Abolitionists of Nassau Inciting Change, Figurasmith dressed as Moses and attempted to deliver about 120 bottles of water containing red food coloring to Nassau County legislators. He and another protestor, Suzanne Myron, were not allowed inside the Theodore Roosevelt Building. Instead, they were directed to wait with their bottles on the front steps. After several hours, Nassau County police arrested the pair, despite their compliance with police directives, according to Figurasmith’s attorney, Ron Kuby.

The protest was meant to symbolize the first plague in the Old Testament Book of Exodus, which ultimately compelled the pharaoh to release the Jewish people from bondage.

“Drawing on the long faith-based tradition of human rights activism, we invoked the classic story of Moses and Pharaoh in order to call for an end to slave labor inside of the Nassau County jail and the replacement of the derelict jail oversight committee called the Board of Visitors,” Figurasmith said in a statement.

According to Figurasmith, each bottle was labeled as “safe and nontoxic,” with ingredients listed as water and red food coloring. He also said that he sent out press releases several days before the protest declaring that PANIC, which he serves as cofounder, would be holding the nonviolent protest. “We went above and beyond to indicate what the contents of the bottles were,” he said.

Figurasmith said he would continue to protest what he considers the unfair treatment of prisoners.

“I extend my offer to County Executive Laura Curran and the 19 county legislatures to meet and discuss our demands,” he said after his court hearing. “We need politicians who are unafraid to take risks for what they know is right . . . [U]ntil then, every body beaten bloody, every visitor harassed, every preventable death that happens inside that jail happens on their watch and at their hands.”