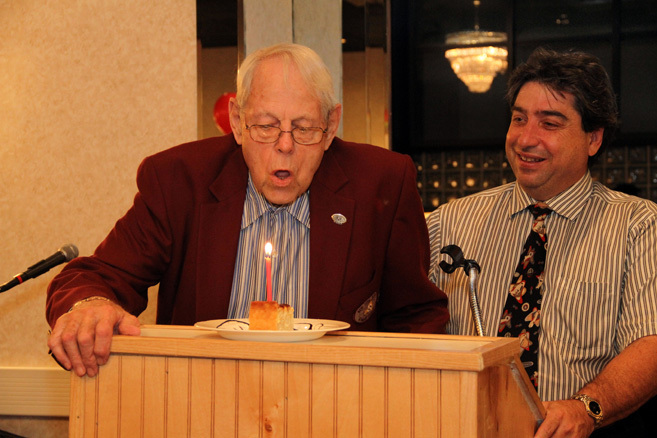 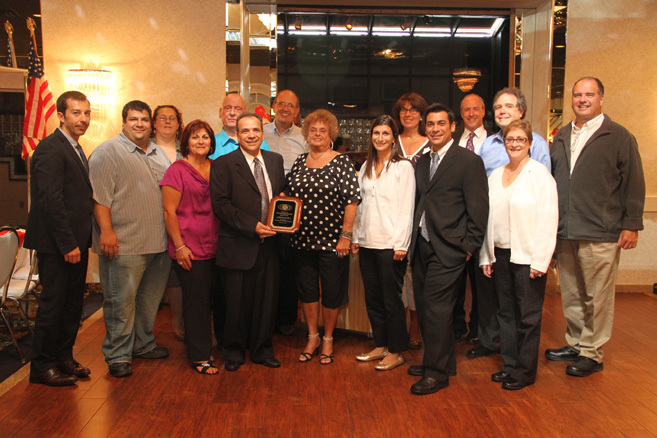 The West Hempstead Kiwanis Club presented Antonino Scolieri, the founder of A&S Bagels, and his family with a plaque.
Susan Grieco/Herald
Previous Next

Scolieri was born in the town of Maierato in Calabria, Italy. He and and his wife, Genivieve, have four children and six grandchildren.

In 2008, Scolieri had the great honor of serving as the Grand Marshal in the annual Memorial Day Parade sponsored by the Veterans of Foreign Wars of Franklin Square, and a year later, the Nassau Council of Chambers of Commerce honored Scolieri as Franklin Square’s Chamber of Commerce Business Person of the Year.

A&S Bagels was chosen by the Z-100 radio morning show as Long Island’s Best Bagel, and it was featured on the CBS morning news and on Fox 5 Good Day New York.

In addition to being enjoy locally, A&S bagels are also distributed to delis, hotels, bakeries and other food-service businesses in a number of states throughout the country, including Florida, Utah and Texas.

Scolieri’s achievements, both as a local resident and merchant, and as a successful businessman, earned him the Kiwanis Club’s respect and recognition.

The Kiwanis Club has donated money from past activities to send needy children to camp, endowed scholarship funds for West Hempstead High School students, donated funds for the West Hempstead Middle School library and supported The Long Island Leukemia Society. This year a portion of the money raised will be used to support local charities.