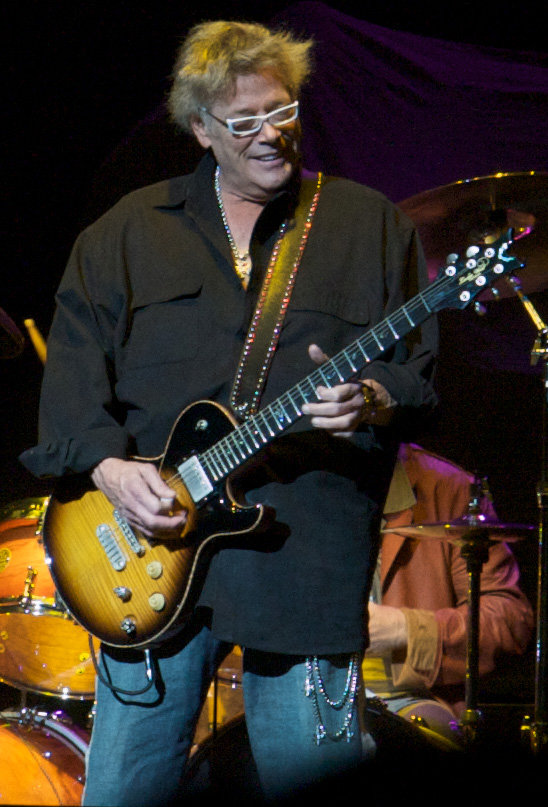 Lawrence native Leslie Weinstein, who rose to fame as rock guitarist Leslie West, died on Dec. 23. He was 75.
Wikipedia
By Jeff Bessen

When the first guitar notes of Mountain’s “Mississippi Queen” came soaring out of your stereo speakers that was the hard rock strumming of Lawrence native Leslie Weinstein, known to the musical world as Leslie West.

Born in New York City and known to have lived in Forest Hills as well, was considered an iconic guitarist, vocalist, songwriter and storyteller to both his peers and fans. From 1964 through today, few artists have left a more significant mark on music as we know it,” Steve Karas, a principal of SKH Music, stated in his news release on West’s death. SKH Music is a publicity firm focusing on the music industry

His musical career began with The Vagrants, a soul-rock band that was one of the very few teenage garage rock acts to rise from the New York metropolitan area. The Vagrants had two minor hits in the eastern United States.

West and Felix Pappalardi formed the hard rock act, Mountain, which Rolling Stone magazine identified as the “louder version of Cream.” Mountain, one of the bands that pioneered the heavy metal genre appeared on the second day of the Woodstock Festival on Aug. 16, 1969.

West and drummer, Corky Laing, produced two studio albums and a live release with Cream bassist Jack Bruce under the name West, Bruce, and Laing. In, 1971 West contributed to The Who’s “Who’s Next” sessions in the city, performances which can be heard on the 1995 and 2003 reissues of that album. West contributed to Clutch’s 2001 album “Pure Rock Fury” and Ozzy Osbourne’s “Under Cover” album.

West was nicknamed “The King of Tone” by his fans because he is renowned for popularizing the use of the Gibson Les Paul Jr. guitar with P-60 pickups to create his trademark sound. More recently, he enjoyed a long relationship with Dean Guitars, releasing several signature models.

Alongside his significant contribution to pop culture as the face of Mountain, West appeared in movies, including “Family Honor” in 1973 and the Tom Hanks film “The Money Pit in 1986. He was a regular guest on the Howard Stern Show, and over the course of decades remained a periodic visitor alongside enjoying a decades-long friendship with the talk show host.

West was inducted in to the Long Island Music Hall of Fame in 2006, and appeared on dozens of other recordings that included a broad spectrum of artists. Samples of his performances lived a secondary life on the masters of a who’s who of hip-hop and rap stars.

Long Island Music Hall of Fame co-founder Norm Presslin noted West’s support and involvement with the local institution. “He’s been a great friend to the LIMHoF and participated in our May ‘20 TV broadcast with fellow inductees supporting the United Way of LI health care workers program, Presslin said in a statement. “He brought Long Island attitude to the world!”

In 2009, West married his wife, Jenni Maurer, on stage after Mountain’s performance at the Woodstock 40th anniversary concert in upstate Bethel on Aug. 15.

In 2011, West had his lower right leg amputated due to complications from diabetes. In 2014, he performed as a guest performer with Primitive Son and in 2015, he released his album Soundcheck which hit No. 2 on the Billboards Top Blue’s album chart.

West is survived by his wife Jenni, brother Larry and nephew Max.