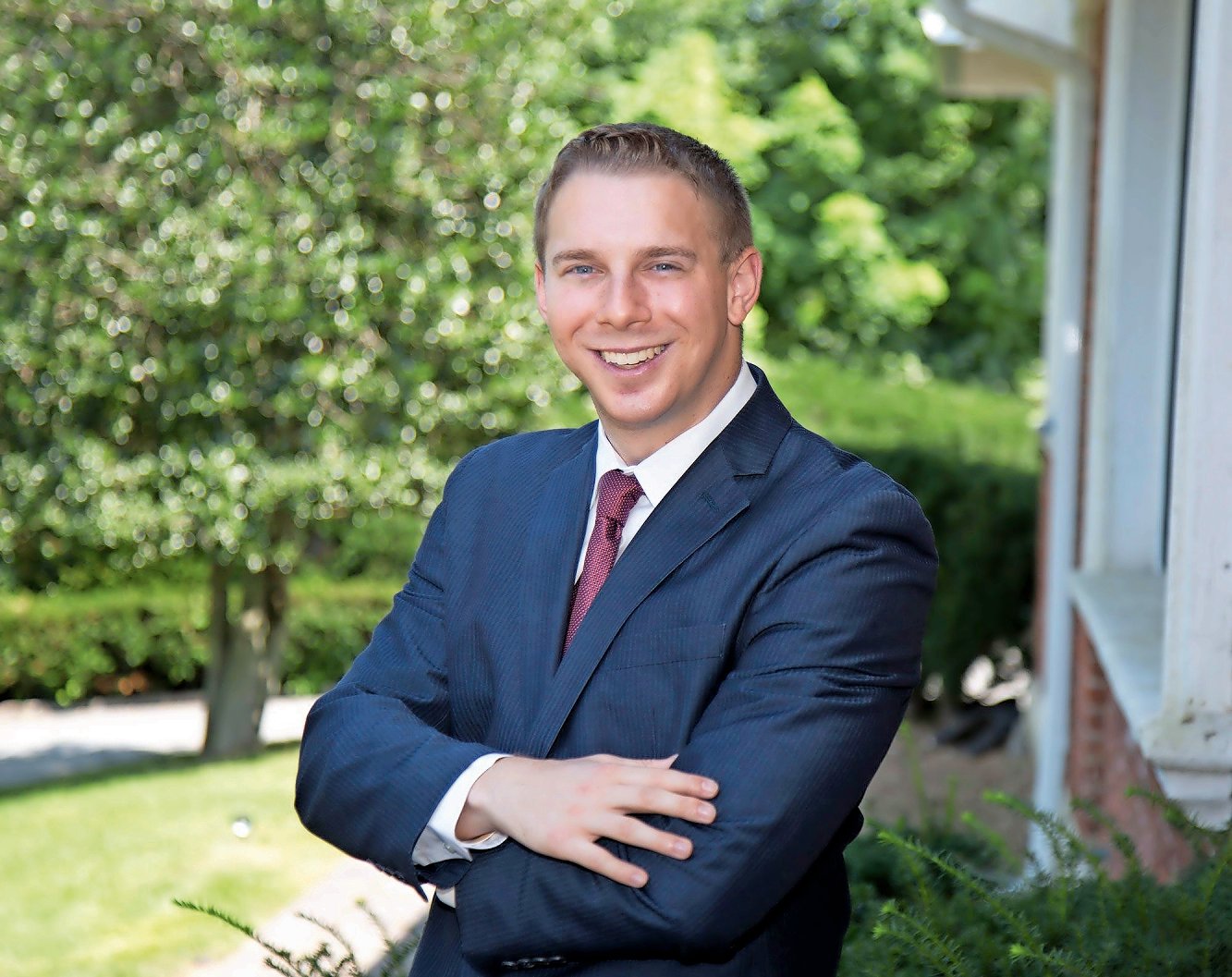 It was a crazy 13 days. I’m grateful to have this job. I love my job.”
Josh Lafazan, Nassau County legislator
By Laura Lane

Josh Lafazan, 27, who began his career in the Nassau County Legislature when he was 23, the body’s youngest member ever, has unofficially won his bid for a third term. After absentee ballots were counted on Monday, Lafazan, an Independent, was ahead by 220 votes over political newcomer Paolo Pironi, 33, a Republican from Brookville. Lafazan had been behind in the count on election night.

Democratic Board of Elections Commissioner James Schuereman said the race would be certified this week, but he does not expect any changes. “We’re feeling really good,” an exuberant Lafazan said. “It was a crazy 13 days. I’m grateful to have this job. I love my job.”

Lafazan, of Woodbury, who caucuses with the Democrats in the Legislature, represents District 18, which includes Oyster Bay, Bayville and Locust Valley.

Democrat Arnold Drucker, 64, of Plainview, who was also losing initially, won as well. Elected to the Legislature in a special election in 2016, Drucker, who represents part of the North Shore, including Plainview, Old Bethpage, Jericho, Syosset, Woodbury, Hicksville, Old Westbury, and Roslyn Heights, won by 406 votes.

The outcome of Lafazan’s and Drucker’s races was important, because if one had lost, Republicans would have had a supermajority in the Legislature, with at least 13 votes. That would enable Republicans to override a veto by the county executive. With the updated results, the Republicans will have an 11-8 majority.

Legislator Delia DeRiggi-Whitton, a Democrat from Glen Cove who won handily, said she knew early on that there was a problem. “On Election Day morning, I knew there was some kind of pushback,” she said. “Basically, Republicans came out to vote early and the Democrats stayed home. By noon it was like 23 percent Democrats voting and over 50 percent Republicans. We just never caught up.”

But the Democrats cast 13,022 absentee ballots, Schuereman said, with only 6,655 sent in by Republicans. The remining 2,978 were cast by conservatives, Green Party and Libertarian Party members and those with no party affiliation.

The absentee ballot count indicated that County Executive Laura Curran, 53, lost to Bruce Blakeman, 66, a member of the Hempstead Town Council. The unofficial count, Schuereman said, was 142,626 for Blakeman and 140,476 for Curran.

Schuereman said this was the most absentee ballots the county Board of Elections had ever received in an off-year election.

Two high-speed scanners were purchased in 2020, for $100,000 apiece, for the BOE, which can process 100 ballots a minute. BOE workers open the ballots, and a process that once took weeks with manual counting is now completed in a matter of days by the scanners.

Lafazan said he would continue to focus on his agenda, with his top priority being to keep young people on Long Island, which he said is personal. For years he has seen his younger classmates and colleagues leave Nassau County for New York City or southern states, seeking affordable housing, dependable public transportation and good jobs.

He fought for building 500 units of next-generation housing for young renters in the Nassau Hub, and would look for more options, he said, adding that he would also continue to work for effective public transportation, and push for a discounted monthly Long Island Rail Road ticket for young commuters.