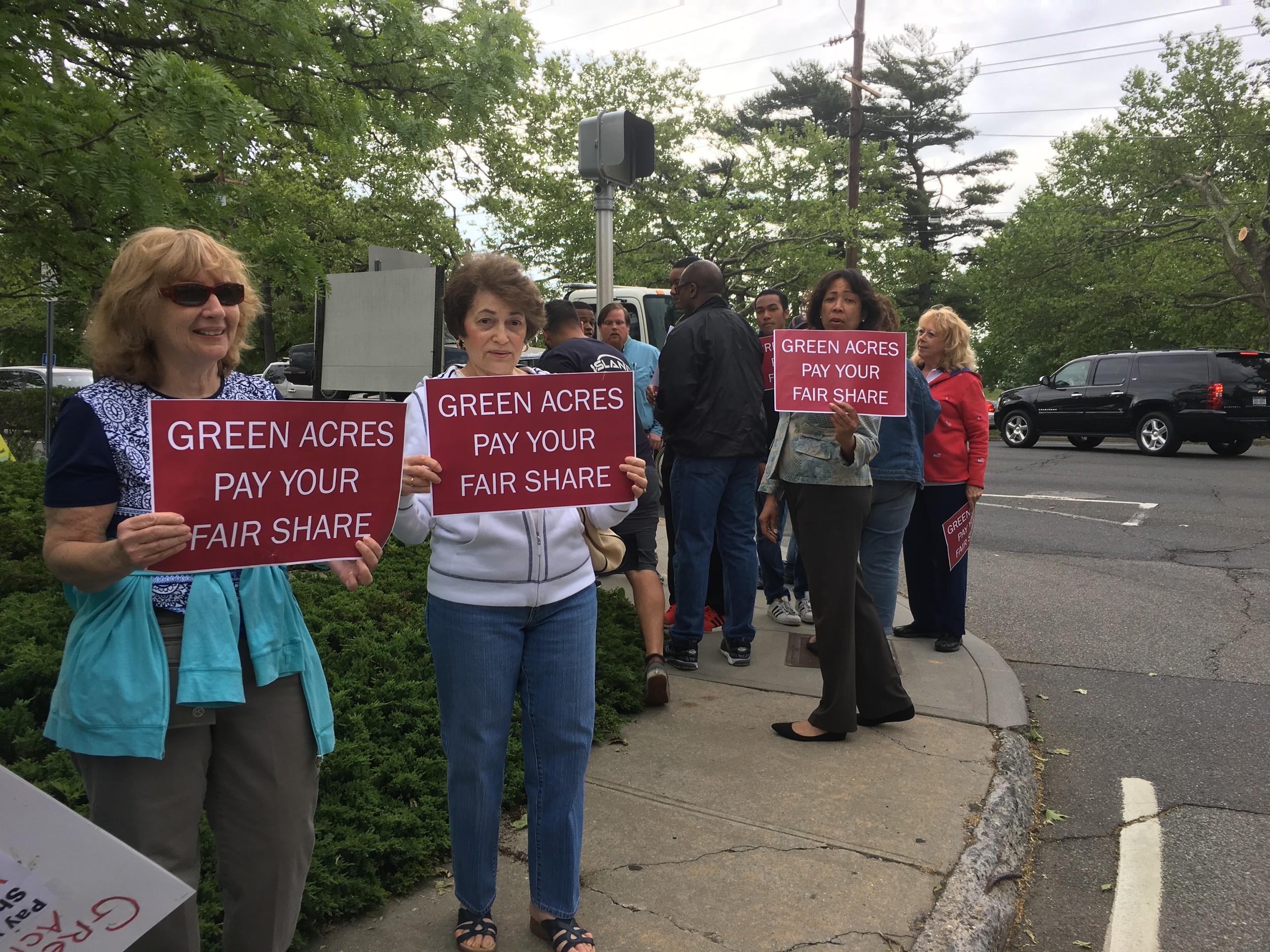 “People think that with the revocation of the PILOTs … that this issue is over, and it’s not,” said Nassau County Legislator Carrie Solages (D-Elmont), who organized the rally. “I want to make sure that now that the PILOT is revoked, the mall is put back on the tax roll so that our local tax base is stabilized.”

Under the payment-in-lieu-of-taxes agreement, which the Hempstead Industrial Development Agency revoked late last month, the mall was removed from the county’s tax rolls and switched to a payment plan. The tax breaks reduced the mall’s tax payments by about $6.5 million last year.

The problem, according to Solages, is that the IDA is not cooperating with the county’s efforts to return the mall to the tax rolls. “We’ve asked them for that information,” Solages said, referring to ownership paperwork for the property, “and they have not presented it. So if it were in their intent to revoke the PILOT, then they would have been complying already.”

He urged residents to sign a petition to get the mall back on the tax rolls. He said that more than 100 had done so.

Nicholas Stirling, superintendent of School District 30, said that he signed the petition because he wanted the uncertainty to end. “Right now, we don’t know if the mall is on the rolls, off the rolls — will they pay their taxes? Will they pay their PILOTs?” he said.

“I think this is an opportunity for our community, our legislators, the IDA, to come together and not put schools in the middle,” Stirling added. “Just simply put it on the tax rolls, where it had been before, and then allow us to move forward with our business, which is educating children.”