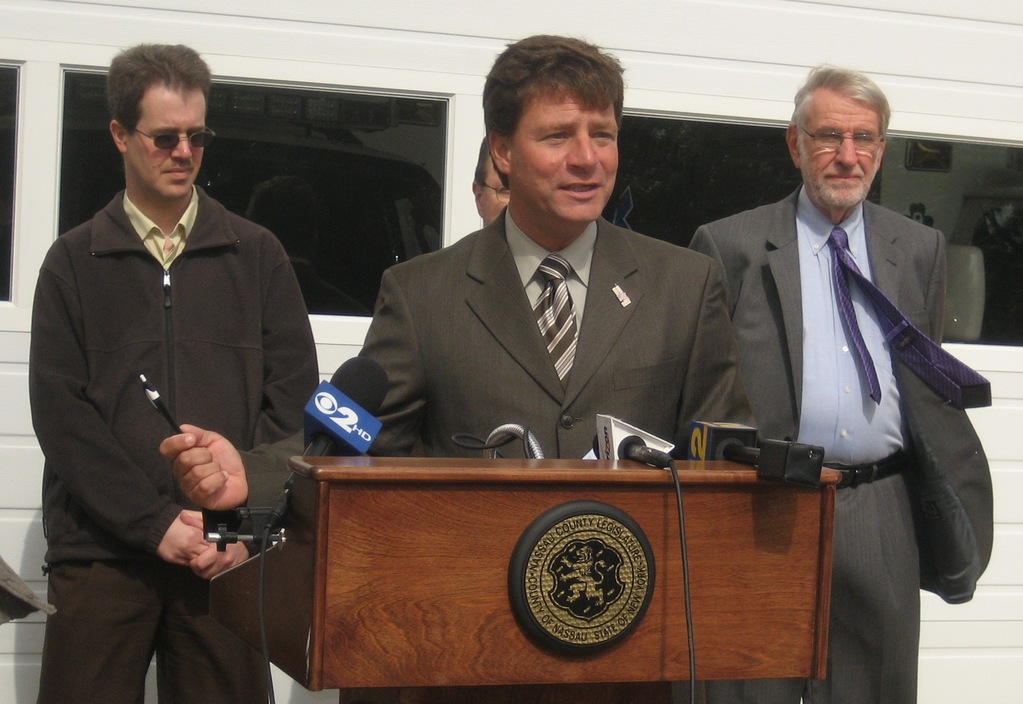 When firefighters wash down their trucks after making on a run, they may have to pay a fee on that water. Nassau County Executive Ed Mangano, a Republican from Bethpage, has proposed a water use fee in the county’s 2011 budget. At a news conference in front of the North Merrick firehouse on Friday, Nassau County Legislator Dave Denenberg said the fee is really a tax.

Standing with members of tax-exempt organizations, Denenberg, a Democrat from Merrick, explained how fire departments, school districts and libraries would be affected by what he called the “toilet tax.” The county ordinance states, “The county is hereby authorized to impose service charges upon exempt users and high water users for the use of services of sewage facilities maintained by the district.” The fee is intended to help pay for the county’s sewer facilities, but the county doesn’t use sewer meters, but rather water meters, Denenberg noted.

Based on water use, that could mean big bills for previously exempt organizations. Each facility would have to pay one cent for every gallon of water used. That would mean that the North Merrick Fire Department, which uses 700,000 gallons of water a year, would pay a $7,000 fee.

Dr. James Tolle, executive director of the Nassau County Council of School Superintendents, noted that schools across the county use water primarily for field irrigation. Mary Jo O’Hagan, vice president of the Nassau Suffolk School Board Association, and a member of the Baldwin School Board, noted that such a fee would cost Baldwin School District $132,000 a year — the equivalent of two staff positions. Tolle added that Nassau County school districts could not afford the fee. If put in place, the fee would be “passed on to the taxpayer, or we would have to cut programs,” he said.

The fee, if passed, would take effect July 1, 2011. In the first six months it was in place, it could bring in $19 million in revenue and $38 million in the following full year.

At press time, Mangano’s office could not be reached for comment.