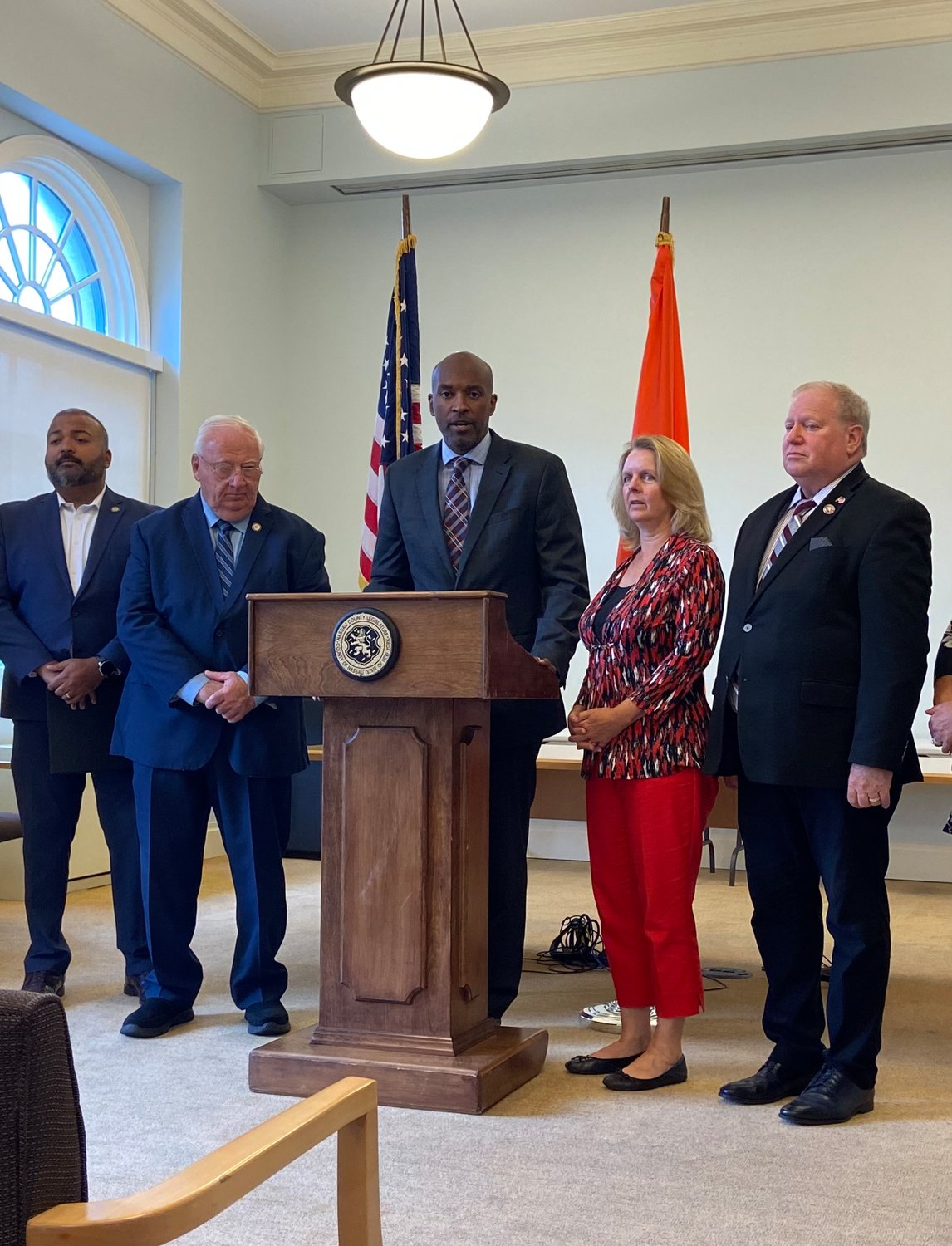 On Sept. 7, the Nassau County Legislature’s minority leader, Democrat Kevan Abrahams, urged his Republican colleagues in the majority to expand the income caps for senior citizens and the disabled that would allow them to be exempt from a percentage of their property tax assessments. Later that day, the Legislature voted to approve the increased income caps, allowing more seniors and disabled individuals to be exempt.
Malllory Wilson/Herald

Nassau County is one of the highest-taxing counties in the nation, and we thought this would be the perfect time to be able to provide relief.”
Kevan Abrahams Minority leader, County Legislature
New tax exemption income limits

Under the new legislation, property tax exemptions for disabled individuals and senior citizens would be:

After a vote in the County Legislature, Nassau seniors and disabled people who earn up to $58,400 can expect to be exempt from at least 5 percent of their property tax assessments. Those who earn less, a maximum of $50,000 annually, can anticipate being 50 percent exempt.

A spokesman for County Executive Bruce Blakeman said he would sign the bill.

The change in the law came after Gov. Kathy Hochul signed state legislation on Aug. 8 authorizing counties like Nassau to opt into the new, higher-income eligibility levels. The county legislation would give Nassau County the same income caps as New York City.

There are two bills that allow the exemptions, one for those who are disabled and earn up to $58,400, and one for seniors who meet the income requirements.

At a news conference on Sept. 7, the Legislature’s minority leader, Democrat Kevan Abrahams, urged his Republican colleagues to expand the income caps, saying that the legislation was more important than ever, with people still struggling and still recovering from the coronavirus pandemic. “Nassau County is one of the highest-taxing counties in the nation,” Abrahams said. “And we thought this would be the perfect time to be able to provide relief.”

Later that day, during a legislative meeting, the two pieces of legislation got the votes they needed.

Under the current income requirements, 9,000 households are benefiting from exemptions, according to Abrahams, who added that that number could double once the new income caps are put in place.

According to Tax-Rates.org, the median property tax bill in Nassau County is $8,711 per year, for a home with the county’s median value of $487,900. Nassau collects, on average, 1.79 percent of a property’s assessed fair market value as property tax.

The website also states that the average yearly property tax paid by Nassau residents is just over 8 percent of their annual income.

Both Republicans and Democrats in the state legislature voted for the new income eligibility, Democratic Sen. Kevin Thomas said at the news conference. “This is something that both sides agree on,” he said. “Failing to adopt these measures in Nassau County will leave vulnerable residents without the crucial relief they are entitled to and deserve.”

McKevitt said that he had some constituents who benefited from the maximum exemptions.

“I am proud to sign these bills to put money back in the pockets of New York homeowners and help seniors and families stay in their homes,” Hochul said in a statement on Aug. 8.  “With inflation and rising costs putting a strain on families nationwide, this legislation will help to ensure that New Yorkers — from seniors to first-time homebuyers — get some much-needed relief. I thank the bill sponsors for getting this legislation over the finish line, and for their partnership in our mission to keep New York affordable.”