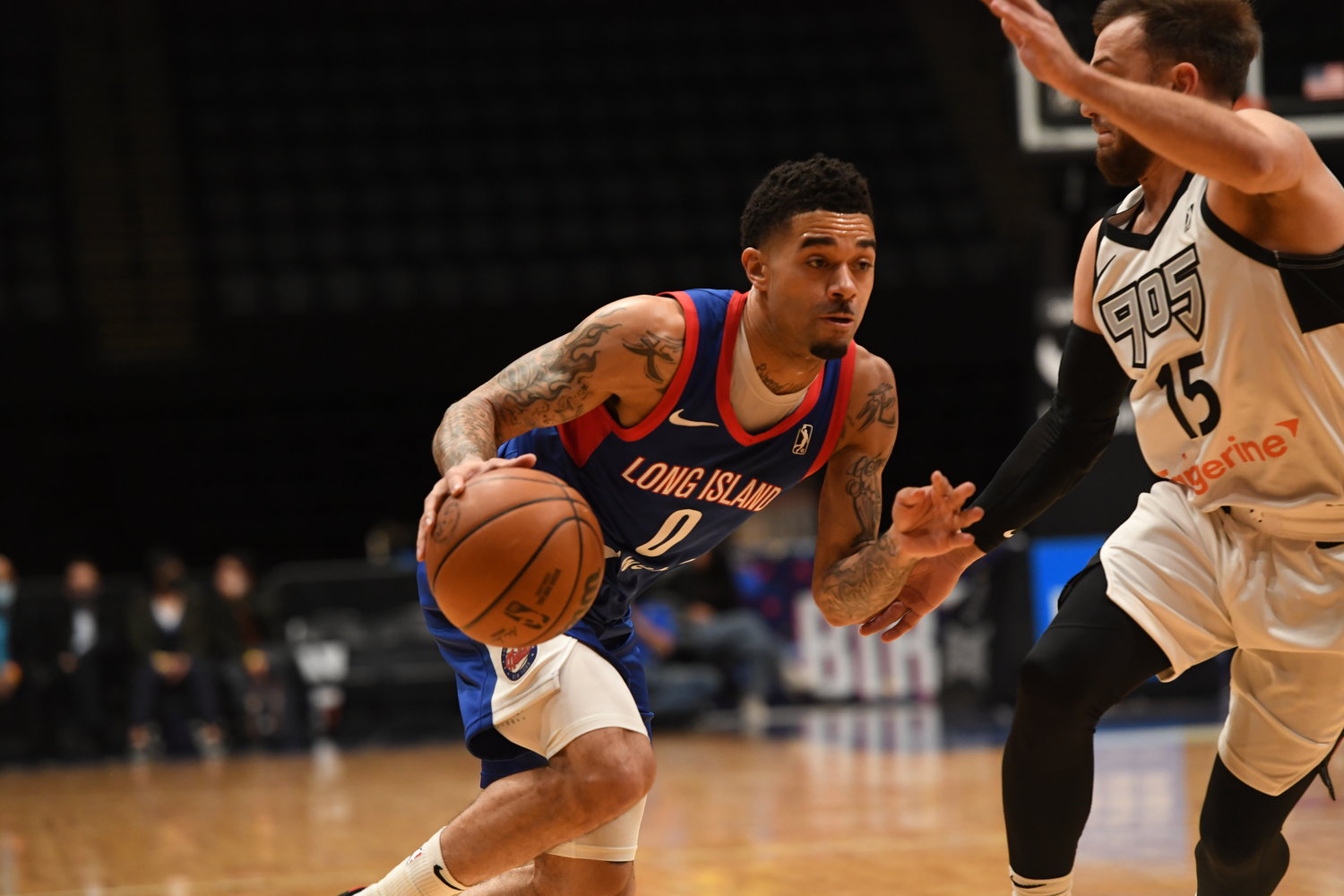 Long Island guards Josh Gray and Marcus Zegarowski fought hard for the Nets with 20 points each. Gray grabbed seven rebounds, dished four assists and shot 8-of-12 from the field in 34 minutes. Zegarowski finished the contest shooting 4-of-5 from the free-throw line, to go along with six rebounds and five assists in 36 minutes. Guard Jordan Bowden earned 14 points in 24 minutes.

Raptors 905 came out the gate strong with an opening 18-9 lead in the first six minutes of play. Long Island attempted to respond but could not get back as the Raptors outscored the Nets 34-20 in the first quarter. Long Island tried to close the gap in the second quarter, but the Raptors’ proven offense was too much for the Nets. The Raptors went into the half up by 22 points, 66-44.

Long Island entered the second half of play determined to even out the score, leading the third quarter 16-13. However, the Raptors continued to outscore the Nets 79-60 going into the final quarter of play. Long Island battled hard in the fourth, leading the quarter 38-27. Raptors 905 pulled away in the final minutes, securing the victory 106-98.

Raptors 905 guard David Johnson led the way for the team with 22 points, eight rebounds and seven assists in 36 minutes. Guard Breein Tyree shot 6-of-6 from the free throw line, earning 17 points and five rebounds in 21 minutes. Additionally, forward Kevon Harris finished the match with 16 points and four rebounds in 26 minutes.