Life of an actress 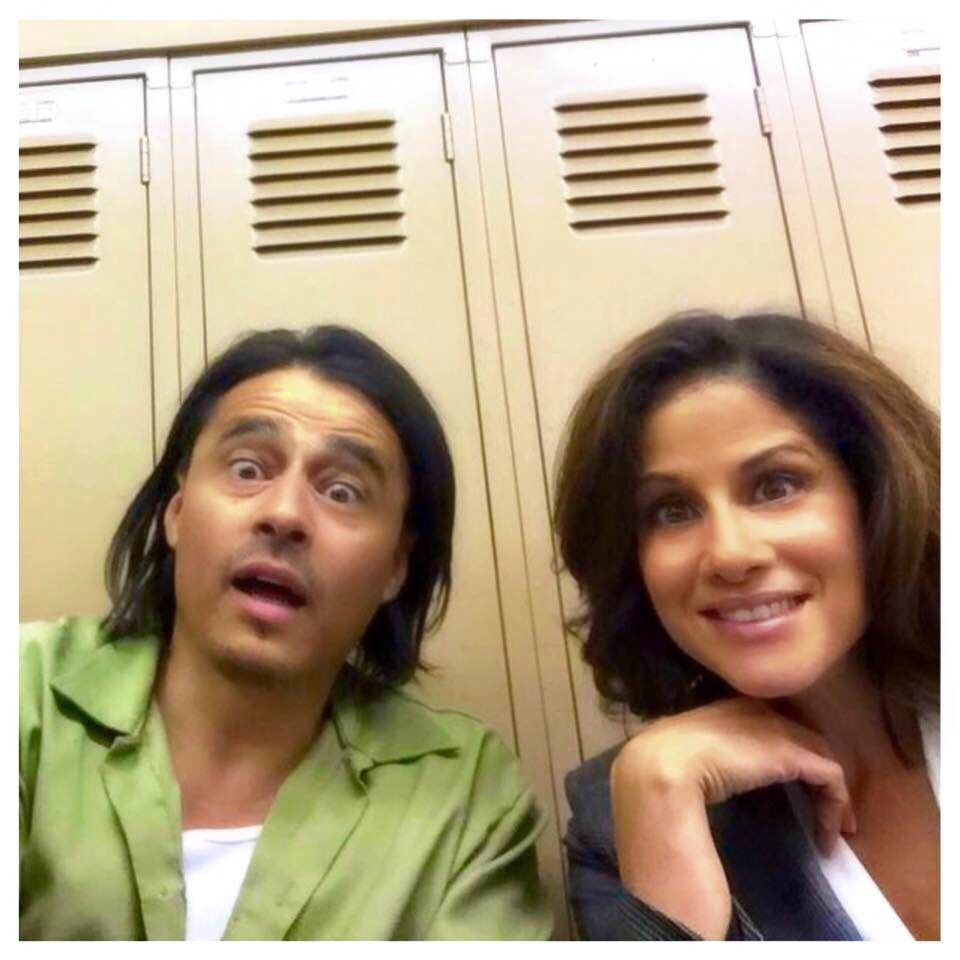 Jurado sought justice in her role as a defense lawyer looking to help her client Miguel Zepeda (played by Antonio Jaramillo) in an episode of “Shades of Blue” that aired on March 3.
Courtesy Vivienne Jurado
By Iris Wiener

They say that it’s not necessary to live in Manhattan or Los Angeles to make it in the entertainment business, and stage and screen actress Vivienne Jurado is proving “them” right. Though the Bronx-born actress — currently seen on Jennifer Lopez’s hit NBC drama “Shades of Blue” — has lived in both New York City and California, she’s now nurturing roots in her husband’s hometown of Valley Stream, and she wouldn’t want it any other way.

“It has a little bit of the feeling that you’re in the city, but you’re not,” she says of Valley Stream. “That’s what I like about it. At the same time it’s very family oriented, whether you’re going to the pool or taking a walk in the park or going to the football games and getting together to just do a barbecue.”

It has been a long road for the little girl who grew up in the Bronx to guest spots on “Saturday Night Live,” then “Shades of Blue,” along the way receiving an Innovative Theater Award nomination for her performance in Theater for the New City’s “Exile is My Home.”

Like many kids, Jurado wanted to grow up to be on “Soul Train.” She followed her calling by taking dance classes, which provided the talkative youngster with an outlet for her energy. Because of her loud personality, according to Jurado, her parents brought her to Puerto Rico where she entered beauty pageants. “I was able to express myself through dance talent and communication, articulating my ideas about women and our role in society,” she says of her participation in the competitions.

She was 12-years-old, when she moved with her parents to Puerto Rico and would live there for the next 10 years. At that time, Jurado started to pursue her passion for modeling and acting and began her training. Not only did her training provide an excellent outlet for the enthusiastic and energetic youngster, it would also provide to be a fortunate precursor for the start of her professional modeling and acting career.

When she returned to New York she busied herself with modeling and start working in theater, primarily with Ensemble Studio Theatre.

“I was very reluctant to be an actress,” Jurado remembers. “For some reason I just saw myself as being physical, a dancer. But then it’s like the acting just kept pulling me into the theater. Once I started doing it I was addicted to it. [I enjoyed] just being able to express so many personalities, stepping into other people’s shows, and playing with different people all the time. You’re also surrounded by diverse cultures. It’s a really great education.”

Two years later her agent introduced Jurado to her future husband, who was a model and actor on “All My Children.” “We just clicked from the beginning!” she says.

Jurado’s career simultaneously took some interesting turns, especially when she started getting cast in reenactment segments for “America’s Most Wanted.”

“I was one of the bad girls,” she laughs. “I’m actually a really nice girl, but I had an audition for director Matt Penn (Sean Penn’s brother) and he was like, ‘You know, you really got to get tough and rough this guy up.’ I did the scene with the guy and I grabbed his crotch, and I said, ‘Well, what are you going to do now?’ Everyone in the room was in shock, but I did get the role! It was jaw dropping. As an actress it taught me how to take risks in a responsible way.”

After dabbling with the idea of becoming a make-up artist, Jurado began reaching out to casting directors, and was soon cast in an integral role as a defense attorney for Harlee’s (Jennifer Lopez) ex-boyfriend in episode 10 of “Shades of Blue.”

“Working on the show was so easy,” she says of the most surprising aspect of the experience. “I was received with so much love and appreciation. It was fun! I thought I would be stressed out. It was also so nice to work with a female director because there’s so few in TV,” she says of Millicent B. Shelton. “She was focused, she knew what she wanted, and she gave me the liberty to do what I wanted to do. It was a really easygoing time.”

Though Jurado didn’t get to meet Lopez, she speaks very highly of the multifaceted star. “I really admire her, and I’m very grateful that she fought for her dream. She has created a pathway for other women to work in powerful roles,” she says. “My role could easily have gone to a man, or it could have gone to an older woman.”

With Jurado’s passion for comedic acting reinvigorated by the four roles that she played in “Exile is My New Home” earlier this year, Jurado looks forward to her next venture while spending time with her husband, Bobby Hawkey, at home in Valley Stream.

When she’s not working, Jurado might be found at one of Hawkey’s football games, as he runs the Green Hornets, the local youth football organization. Hawkey’s father started the Green Hornets 50 years ago, and ran it until he passed away in 2009. “Bobby just took over and became the president, he’s been having a good time with it, and he’s really dedicated and committed to the football and the youth,” says Jurado.

As for her own passions, Jurado considers herself to be a highly spiritual person, which manifests itself in unconventional ways. For example, she is currently breeding guppies because of the peace that they bring to her. “I see the way they swirl around the water, and it helps me with my creativity because it allows that flow,” she says.

“I’m very connected to spirits, and knowing that there is this beautiful energy and that we’re all connected to it. This energy inspired me to be able to give something of value, something that I can provoke in a person, or that I can make somebody appreciate, feel or change for the better in their lives.”

Jurado notes that she is grateful not only for her life in Valley Stream, but for the freedom she has in being an American. “I know what’s going on around the world, and it really hurts me,” she says thoughtfully. “There’s censorship everywhere. I really understand that we are who we are. We can’t save everybody, but we can save ourselves by being role models and being the best people that we can be.”