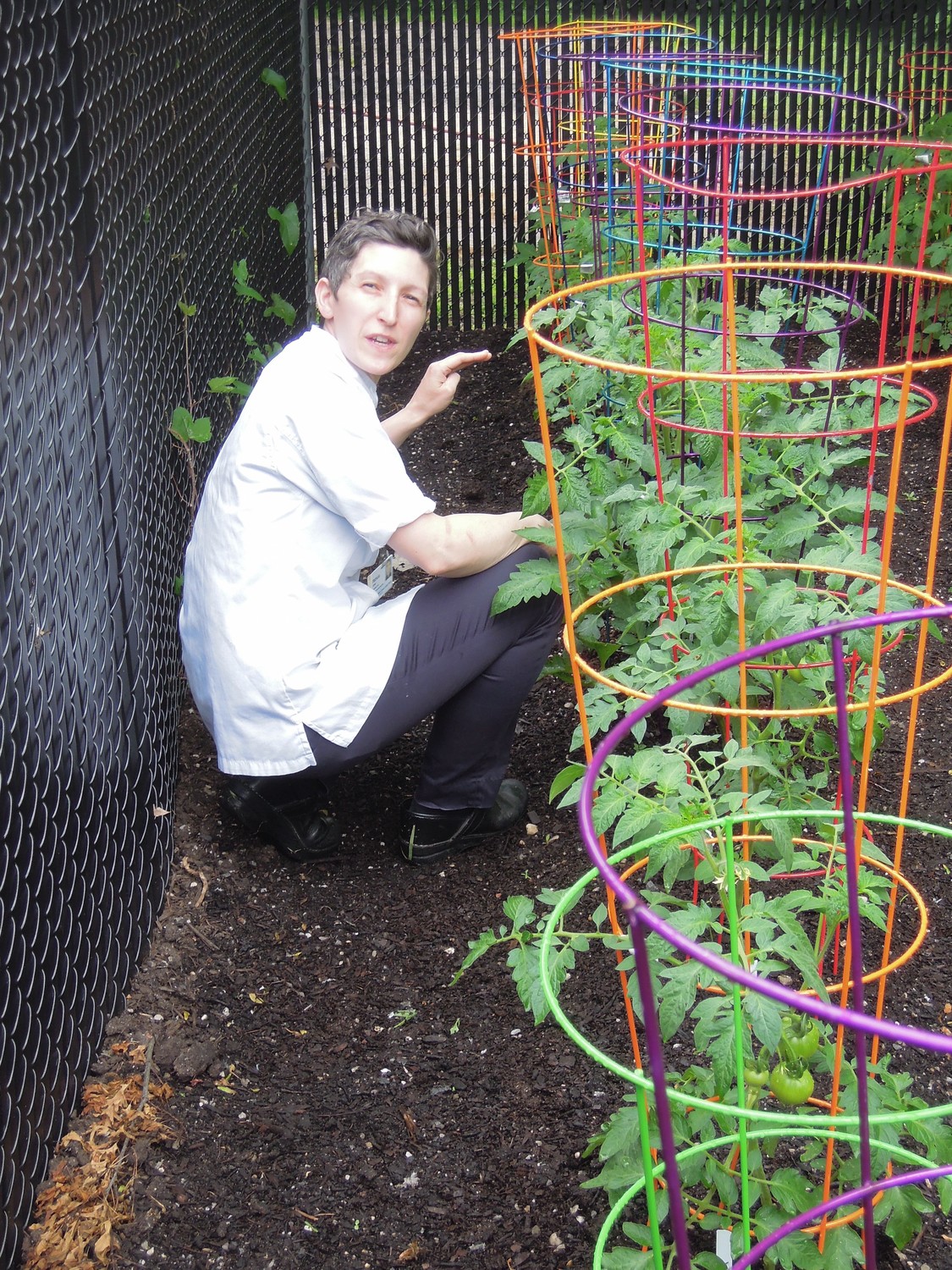 Hardly anyone looks forward to a hospital visit. After all the discomfort and inconvenience, all the poking and prodding, the reward is food that is often less than appetizing.

Long Island Jewish Valley Stream and its parent company, Northwell Health Systems, want to change this. Across the board, managers responsible for the culinary side of health care are moving from an approach that stressed cost to one that stresses good food as part of the patients’ recovery.

The company hired Michelin-star chef Bruno Tison, a veteran of the Plaza Hotel in New York City and the Fairmont Sonoma Mission Inn in California’s wine country. Tison, who trained under such masters as Roger Vergé and Michel Guérard, was the youngest executive chef in the Plaza’s history and served in the same capacity at Ernie’s Restaurant, a San Francisco institution that for decades has ranked as one of the best restaurants in the country.

In hiring Tison, Northwell is seeking to emphasize “food as part of Northwell’s overall wellness strategy,” Senior Public Relations Specialist Andrea Mineo said. “We’ve gotten rid of canned and frozen food,” she said. The hospital has also eliminated deep-fried food. “We’ve even thrown away the deep fryers,” Mineo said before correcting herself. “Patty Sobol, the executive chef [at LIJ Valley Stream], repurposed hers: She uses it for blanching vegetables,” she explained.

Like Tison, Sobol is a veteran of many kitchens, but cooking wasn’t always her first love. “I was studying creative writing in Cambridge, [Mass.], and was out walking one day.” She walked past the door of the Cambridge School of Culinary Arts. “It smelled so good, so I went in. The atmosphere was so welcoming.” One class led to several and, eventually, to a career change.

With 144 beds, LIJ Valley Stream is one of Northwell’s smaller hospitals, which makes it ideal for pilot programs such as the hospital’s new vegetable garden. Sobol originally wanted access to garden-fresh herbs, so she asked her boss, Director of Nutrition Services George Cherian, if she could have one square foot of space outdoors to grow them hydroponically. “He came back and said he’d built a box with 100 square feet. Then he said, ‘Oh, and we’ve built four of them,’” Sobol said.

Hydroponic gardening is ideal for raising plants in small or enclosed spaces, since the plants are grown in what are essentially closed systems that take less water than plants grown in the ground and do not need weeding. In addition to the hydroponic garden, though, Cherian and his supervisors also made 400 square feet of traditional garden space available next to a parking lot. “It used to be deserted,” Sobol said of the area. Since planting the garden, “now, it’s a destination.”

The garden was a key part of Tison’s and the hospital’s approach to food, because “we’re transitioning to a format where everything is made from scratch,” Sobol said. The result is not only more palatable; it is also more cost-effective.

As an example, “We’d been serving a freeze-dried coffee,” Mineo said. “Frankly, it wasn’t very good. When we switched to freshly brewed coffee, we found it not only tastes better — it’s actually cheaper to make,” she said.

Sobol and her team planted the garden with a wide array of vegetables, including artichokes, cucumbers, carrots, eggplant, string beans and six varieties of tomato. “You should’ve seen George putting up the string for the beans,” Sobol said, describing the elaborate interlacing that the climbing plants need to grow properly. “It was like watching a spider at work.”

Sobol’s team didn’t have time to grow plants from seeds, so Crossroads, a local nursery, provided seedlings. No pesticides or sprays of any kind are used in the garden. “The only thing we use are lady bugs for the aphids,” she said. They use compost and bone meal as fertilizer.

Most of the gardening fell on Cherian’s shoulders. Originally from southern India, his family moved to Long Island when he was 10. He said his family always had a garden in their Elmont backyard, where his father and his siblings raised vegetables. “I guess I have a green thumb,” he said. “All my siblings do.”

In addition to providing meals for the hospital’s in-patient facility, Sobol’s culinary team also cooks for the neighboring rehabilitation facility, the staff cafeteria and the adult day-care program. “All together, we prepare more than a thousand meals a day,” Sobol said.

The sheer number of meals means that, going forward, the garden will have less variety. “We wanted to see what would grow best, so we planted everything we could think of,” Sobol said. “The only thing we didn’t plant was spinach. I still don’t know how we missed that.” Next year, however, they will aim for less variety, but more volume.

Sobol would also like to have a pharmacy garden. She is intrigued by the ways plants are used alongside modern medicines in other cultures.

The original garden concept was purely practical: to provide the kitchen with much-needed fresh produce. But the hospital hopes to expand the mission to include patient participation in a kind of therapeutic community garden atmosphere, Mineo said.

“A hospital is the first thing in life that most of us experience,” Sobol said, “and for many of us, it’s also the last thing. There can be so much chaos, so much going on when a person is sick, and they have so little choice over what happens to them. We want to give them some feeling of being in control of their lives with their meals. I want them to be comfortable.”