Lindner Place to be renamed

Village board votes is unanimous 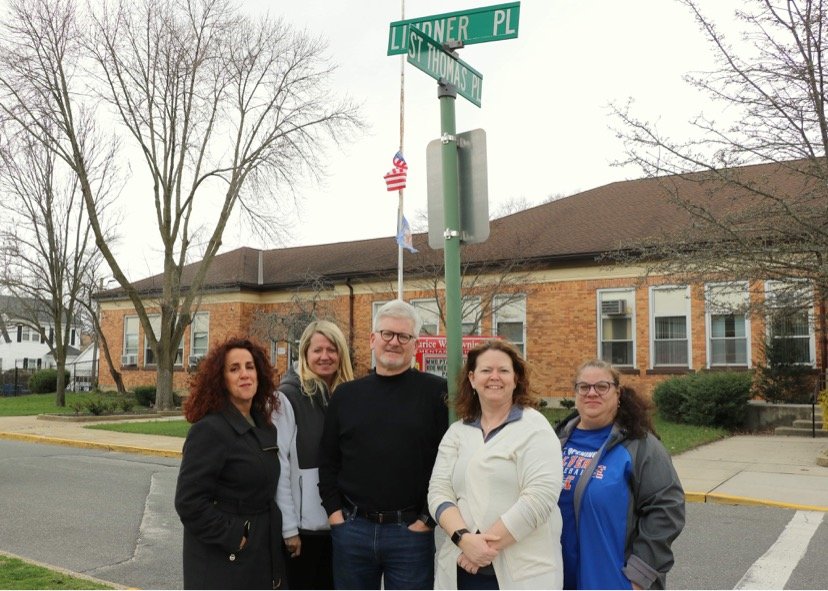 The Malverne street was named after Paul Lindner, who held leadership positions, such as Exalted Cyclops and Grand Titan, of the Ku Klux Klan in the early 20th century.
Courtesy Lori Lang 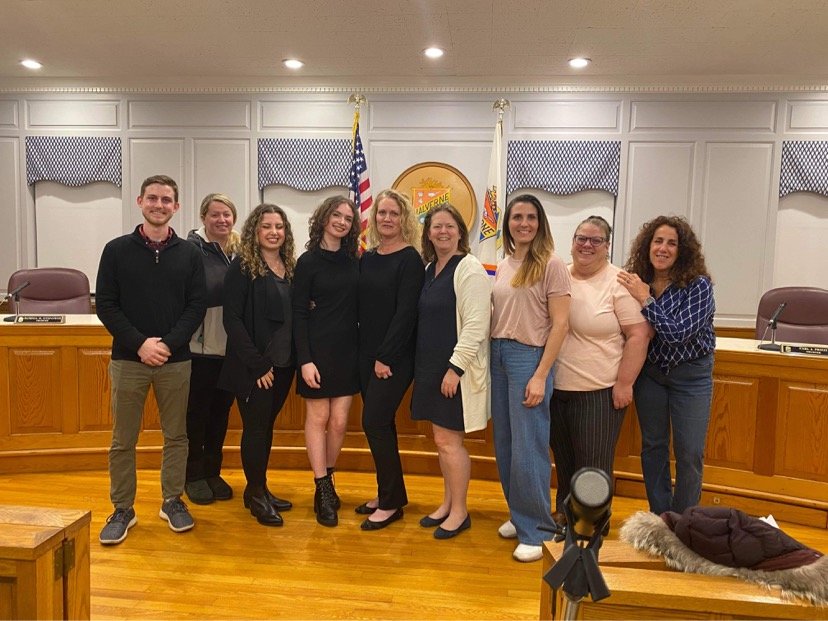 Members of the Lindner Place Renaming Committee, comprising 33 individuals and organizations, which has pushed for renaming the village street for over a year.
Courtesy Lori Lang
Previous Next
Timeline of the renaming effort

•July 2020: T.J. Magno creates an online petition calling for Lindner Place to be renamed following a rally held in June amid nationwide protests following the killing of George Floyd.

•February 2022: The petition has over 5,600 signatures online, and at a village board meeting, Mayor Keith Corbett commits to working with trustees and residents to resolve the dispute over the street name.

•March 2: The Lindner Place Renaming Committee submits a report to the village board detailing Lindner’s involvement with the KKK.

•March 31: The village board votes unanimously to rename the street.

After two years of petitioning and compiling evidence, the push by community members to rename Lindner Place, the village street named after Ku Klux Klan leader Paul Lindner, culminated with the Malverne village board voting unanimously to rename the street during a special meeting on March 31.

“A group of dedicated Malverne residents of diverse backgrounds and ages came together to unite in one cause to finally have Lindner Place renamed,” Lori Lang, a member of the renaming committee, said in a statement. “On Thursday, March 31st, 2022, we did not erase or change history. We corrected it!”

A report of historical documents compiled by the renaming committee and presented to the board last month detailed Lindner’s involvement in cross burnings and other acts of hate speech that targeted minority groups, Jamie Bellamy, a member of the renaming committee, said at a previous village board meeting.

Indeed, a book written by a Nassau County historian claims that Lindner, the Exalted Cyclops of the Nassau County chapter of the KKK, spoke on Sept. 22, 1924, at a gathering of 10,000 Klan members in Freeport.

Lindner also held the title of Grand Titan of the New York State Klan, and a New York Times article published in September 1924 identified him as a Klan leader.

Following the police killing of George Floyd in Minneapolis in May 2020, the calls to rename Lindner Place began. “What started as a Change.org petition in June 2020 sparked a fire in our Malverne High School students to research the history in 2021,” Lang added, “and led to the Renaming Committee forming in 2022 to push this street renaming over the finish line!” She credited the Malverne students who helped compile evidence for the report presented to the board.

“The report we got … is pretty conclusive as to the name of the street and as to the actions of Mr. Paul Linder,” Corbett said at last week’s meeting, stressing that the board had long wanted to act on the issue, but required documentation before doing so.

Lindner, born in 1877, was also a major figure in early Malverne history. Born to German immigrants, he went on to play a key role in the village’s development, owning the land where Grace Lutheran Church is today as well as other acreage, most of which was purchased by the Amsterdam Development Co. to create what would become the village.

Lindner also served as Malverne Bank president from 1926 to 1931, and became a respected figure despite his open ties to the KKK. “People wanted him to run for what was the equivalent of mayor at the time,” Village Historian David Weinstein said in a previous Herald story. “He donated a lot to the village.”

Nonetheless, Corbett was unequivocal in saying that the village and its residents do not take pride in Lindner’s name. “You’re a child getting off a bus or your mother’s letting you out of a car, and maybe you have a darker complexion than mine,” the mayor said, echoing a concern committee members raised for months about the impact on children and community members of allowing the name to remain. “On Lindner Place, to go into the Downing Street School … you can understand the emotional, psychological … ordeal you’re putting them through.”

“If you do the research and you read what was presented to us … the decision itself is very easy,” board Trustee Timothy. H. Sullivan said.

The village will work with the renaming committee, residents and students in considering new names for the street, Corbett said. More than 20 new names were proposed, and the list has been narrowed down to five, the committee confirmed.