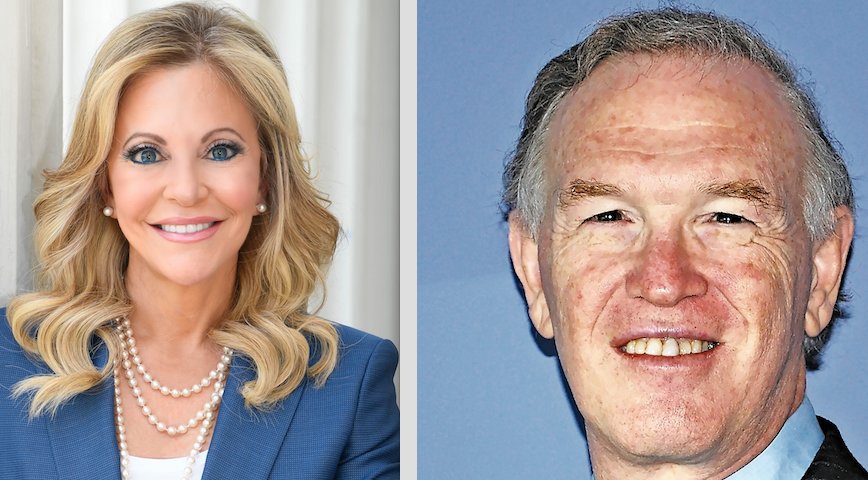 The Herald asked the candidates three questions focusing on issues upper most in constituents minds.

Herald: A few large-scale development projects have been proposed in the district and surrounding communities. What will you do to help ensure that resident concerns are not ignored?

Lisa Daniels: Residents are understandably frustrated about their lack of input and the limited information concerning haphazard development throughout the community.

Our neighbors duly expect that projects with reverberating effects throughout the community should depend on community review and discussion; they want a seat at the table.

While I recognize the county has limited control over zoning, as a legislator I would work with municipal officials to promote the creation of a community advisory board and master planning commission.

Not only should residents and community leaders have more of a say about the direction of their community, but these decisions should be made holistically to see what makes sense for the whole community.

Resident concerns also refer to the county’s crumbling and ill-maintained infrastructure. We must ensure development does not exceed the level of our infrastructure. Our roadways and wastewater infrastructure are already far too often overwhelmed by existing use.

That’s why, as a legislator, I would bolster the infrastructure that underlies all of our daily lives. Issues with county drainage and roadways will only be exacerbated by uncoordinated development, and must be addressed first and foremost.

Howard Kopel: Unfortunately, the zoning for new projects is entirely outside the jurisdiction of the county, and so I cannot directly initiate legislative action.

However, I have been an outspoken community leader in opposing the proposed Woodmere Club redevelopment, as well as ill-considered apartment projects in throughout the district and beyond. I have expressed opposition to any Industrial Development Agency benefits being extended to such projects, which harm the community.

I have held several rallies and letter writing campaigns to force the state to finally live up to its obligations and complete the Nassau Expressway.

The current situation is not only a major inconvenience, but also a continuing hazardous situation. I have plans to work cooperatively with other public officials, including across the aisle to renew pressure now that there is a new governor.

I support sensible development and business expansion, but the infrastructure must be able to support it, which is often not the case.

Finally, most of us live here because we like being out of New York City. We cannot allow our suburban environment to be transformed into New York City’s “sixth borough.”

Herald: The residential property assessment system still needs an overhaul. What would you do to make it beneficial for homeowners and the county?

Daniels: The property assessment system in Nassau County was woefully neglected for years from the Mangano administration’s freezing of the tax rolls. This benefited political special interest groups with guaranteed payouts to tax certiorari attorneys.

County finances were so beleaguered that money was borrowed specifically to pay refunds. This is why I’m so disheartened by calls to return to the days of special interest payouts and financial mismanagement.

I believe in a fair assessment of every home. County Executive Laura Curran has had the political courage to begin cleaning up our county finances, assessing every house to determine its actual and current value.

Under the county executive’s efforts, all have maintained their right to challenge an assessment value; further, her administration has created a user-friendly grievance system to make the process even more accessible.

Reassessing property values regularly with a robust grievance system is the best and only way to fine-tune the system and ensure residents are paying taxes on the actual value of their property, and not overpaying.

I’d also add that 70 percent of property taxes are attributable to school taxes, not county taxes, which can often get lost in these discussions

Kopel: The assessment system is a mess perpetrated by the county executive’s administration. No one would argue against a fair and accurate system, but the new system simply is neither fair, nor accurate.

More than 60 percent of homeowners are experiencing increases, some of the huge and some people are, literally, being forced from their homes.

This results, not only of inaccurate assessments, but from the county executive breaking a promise to the Legislature to follow state law limiting annual increases to individual homeowners, and using a legal maneuver to avoid the law.

The volume of complaints and protests against the new assessments is historic, clearly indicating that something is wrong. I believe that the county should call a halt to increases, conduct a careful study to determine what went wrong, and correct the system.

Herald: Both you and your opponent are lawyers, how do you think that expertise translates into being an effective legislator?

Daniels: I have been a litigator advocating for children and families in need in Nassau County for over 20 years. Through these years — fighting for the needs of our most vulnerable residents — I’ve come to understand the value of robust representation.

In our system, it’s far too easy for entrenched interests to get their way or for one’s needs to not be given space in a debate. I know what it takes and what it means to stand up for our neighbors.

While my opponent might like to joke he’s a recovering attorney, I truly value the experience I’ve had advocating for children and families in our county.

It is also important for a legislator to consider how the laws they draft and vote on will impact real people in their everyday lives outside of the vacuum of the legislative chamber.

As a litigator and a member of the Legislative Drafting and Review Subcommittee of the New York State Bar Association Committee on Children and the Law, I am constantly reviewing, interpreting, and applying existing statutes and legislation.

My first-hand experience in the real life impact of legislation makes me uniquely suited to give our neighbors the representation they deserve.

Kopel: I disagree with the premise of this question. I do not actually think that being a lawyer is necessary to be an effective legislator. Many of the most effective advocates for their constituents, on both sides of the aisle, are not lawyers.

Being a lawyer does, obviously, bring some advantages in terms of training provided to lawyers to think logically and to write concisely and clearly.

However, many lawyers are terrible writers and poor advocates, while many non-lawyers are extremely clear thinkers, and eloquent and effective representatives for the community.

I encourage our young people, of whatever educational background, to get involved in the political process, and to work for the community.

A varied base of knowledge and experience is extremely valuable in a legislative body and is much better than having just a bunch of lawyers deciding things.

I am a lawyer by training, but most of my career has been as an owner, together with my wife, of a business that provides work for many people, and enables us to gain knowledge and experience outside a narrow legal base.

I believe that my experience as a business owner has been most valuable in my acknowledged expertise in dealing with county finances.