Students to play with The Piano Guys at NYCB Theatre 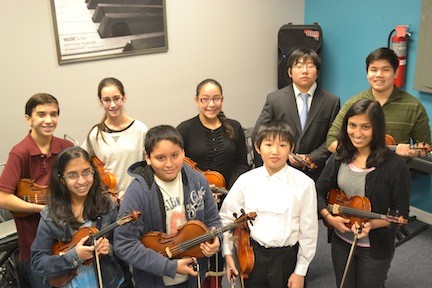 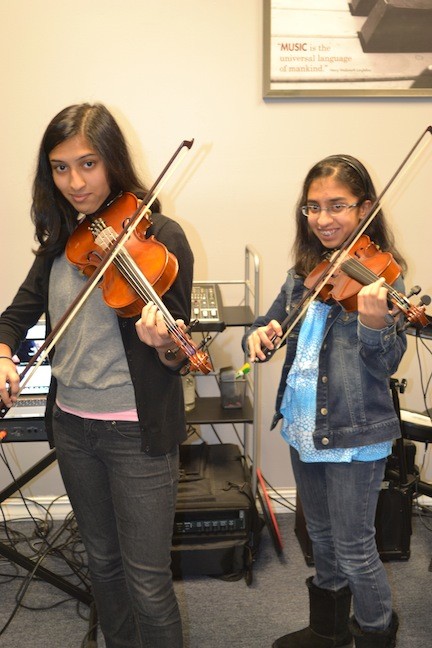 Nine local violinists — including three from the East Meadow School District — have been busy rehearsing for a performance at the NYCB Theatre at Westbury on Dec. 11, alongside the popular musical duo The Piano Guys.

According to Veronica Sanchez, a director at Center Stage, Aashini has been practicing the violin for five years, and Binita has played for eight. Mendez has been a violinist for two years.

The other performers include Chelsea Coelho, 14, and Alexander Huang, 17, who attend school in Carle Place, Jericho High School student Patrick Xu, 14, Joshue Aguilar, 10, of Westbury, Alex Liu, 12, of Rosyln, and Jonathan Amatulli, 15, of Levittown. “These students were all nominated and elected to perform not only because they show excellence in their instrument,” Sanchez said, “but mostly because of their dedication and passion for music.”

All of the students except for one are participants in the New York State School Music Association. Aguilar, the youngest of the group, who is not in NYSSMA, was chosen to perform because school officials felt he was up for the task. “He was one of our most dedicated students at Center Stage,” said Sanchez, “and we wanted to give him that challenge.”

Center Stage, located on Carman Avenue, is a music school that offers private lessons for a wide variety of instruments, as well as voice, rock band, music theory and songwriting. “We teach anything you can think of,” Sanchez said.

While the school performs two recitals per year, this marks the first time they will have students participate in a major production. According to Sanchez, school officials have a relationship with the NYCB Theatre’s manager, who reached out to them, requesting “eight of our most talented violinists” to perform with the Piano Guys. One of the students will serve as an understudy.

The group gained international awareness through a series of YouTube videos, amassing millions of hits on their own channel. They are currently embarking on a months-long international tour, which culminated with a show in Berlin on Dec. 9. Wednesday’s performance in Westbury will mark the beginning of a national tour, before they return to Europe in April.

The students only had one rehearsal with the Piano Guys before the show. On Wednesday, they will be performing an arrangement of One Republic’s “Secrets” and Beethoven’s Fifth Symphony. “They had such little time to learn all of this music, and work as a group,” said Sanchez. “So we’re really, really proud of them.”

To prepare for the show, the nine students practiced under the instruction of rehearsal director, Angela O’Reilly, for several weeks. “It’s an exciting opportunity for everybody,” Sanchez said. “Center Stage, as well as the kids, are extremely excited. It’s really important that a part of our community is being featured with such great artists.”

Much work to be done at Deasy, Landing